Lung cancer can be deadly. What’s the warning sign you may have the disease? When do you catch yourself feeling breathless?

The disease can begin in the windpipe (trachea), the main airway (bronchus) or the lung tissue.

Lung cancer forms when cells in either of those areas begin to reproduce at an uncontrollable rate, forming a cancerous tumour.

How do the lungs work?

In the left lung, there’s two sections: the upper and lower lobes.

In the right lung, there’s three sections: the upper, middle and lower lobes.

Air breathed in travels through the nose (or mouth) down the windpipe, and enters the left to right bronchus.

The bronchioles have small air sacs at the end called alveoli – this is where oxygen passes into the bloodstream. 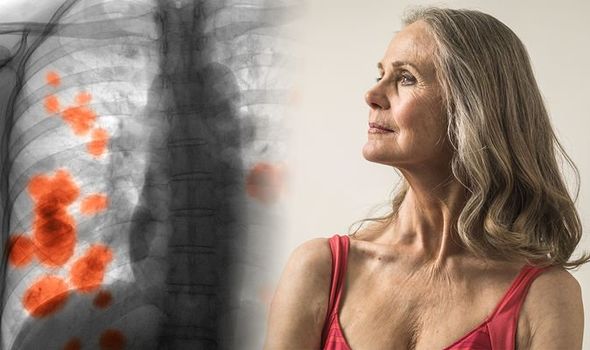 From there, the blood carries oxygenated blood to all the cells in the body.

At the same time, carbon dioxide is passed from the bloodstream into the alveoli to be exhaled.

When cancer invades the pleural membranes that cover the lungs, they become inflamed.

This causes the pleural membranes to make too much fluid, which stops the lungs from expanding properly.

This leads to a common symptom of lung cancer, which is breathlessness.

The British Lung Foundation (BLF) clarify that people with lung cancer may feel out of breath while resting or even when doing day-to-day tasks.

Other symptoms of lung cancer, pointed out by the charity, include a cough, lots of chest infections, chest pain, feeling tired and loss of appetite.

Additional symptoms include unexplained weight loss, a hoarse voice and blood in mucus or phlegm. 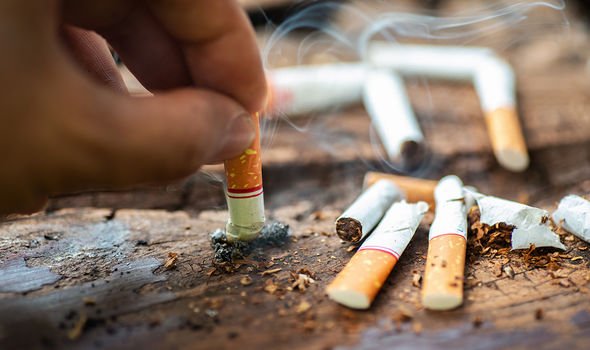 If diagnosed with lung cancer, breathlessness is something that needs to be managed – alongside treatment.

Cancer Research UK understands that “feeling short of breath can be hard to live with”.

And the charity recognises that “it can make you feel very tired and as though everything is a struggle”.

To help cope with feelings of breathlessness, Cancer Research UK has some tips. 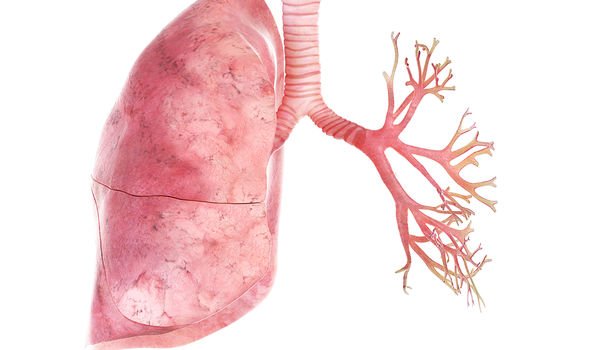 While suffering from breathlessness while resting, say on the sofa or bed, have a fan in place to “blow a stream of cool air across your face”.

A handheld portable fan is also a good investment to help reduce breathlessness.

Another tip is to eat small meals and to take smaller mouthfuls.

Avoid any foods that are difficult to chew and keep a drink nearby to sip throughout the day.

For more tips on how to manage feelings of breathlessness, visit Cancer Research UK.