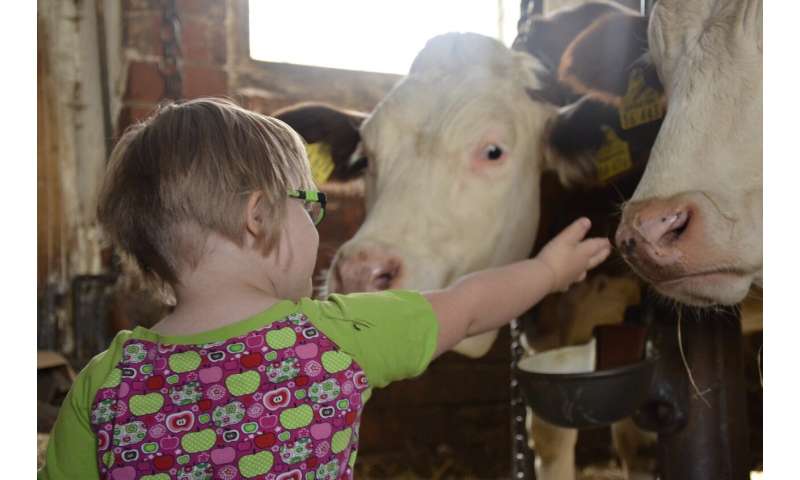 With recent developments in prenatal screening, more parents are expected to receive a Down syndrome diagnosis before the birth of their child, which can involve complex decision-making for many. To understand what such a diagnosis means for parents who decide to continue their pregnancy and prepare for a child with Down syndrome (DS), the Dutch Down Syndrome Foundation surveyed 212 parents of children with DS born between 2010 and 2016.

The aim of this study was to describe their prenatal and postnatal experiences and better understand the way in which they had been informed about a possible and/or definitive diagnosis of DS in their child. During the study period, noninvasive prenatal screening (NIPS) was available as part of a nationwide program, offered as a secondary test after high-risk first-trimester combined testing (ftCT) result, from April 2014 onwards.

The study shows that most of the mothers of a child with DS born in the Netherlands between 2010 and 2016 have consciously chosen not to have prenatal testing. This may be considered as an informed choice, as the majority of these mothers felt that a child with DS was welcome in their family. Some mothers decided not to have testing because of the poor quality of the available screening test or they did not consider themselves to be at risk, which might reflect a lack of information. More than half of the women did not recall having received information on DS at all prior to choosing whether or not to have ftCT, which might as well indicate that the information provided at that moment was incomplete.

From the results of this study, satisfaction was highest among those mothers who had received a confirmed postnatal diagnosis and lowest among women receiving a prenatal screening result indicative for DS, potentially related to the available options and difficult choices being discussed. As presented in this study, parents continuing their pregnancy prefer to receive positive information on DS, focused on the future. Apparently, this is more likely to be discussed in postnatal situations.