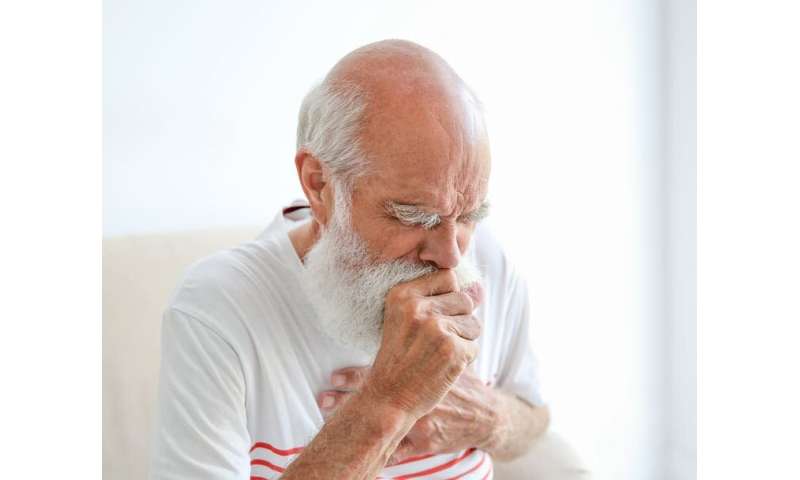 Millions of Americans are vaping, and some are getting sick. Since June 2019, 2,711 have been hospitalized and 60 have died due to EVALI (e-cigarette-associated lung injury), the devastating lung disease linked to e-cigarettes.

Five million users are middle and high school students. Some are as young as 11, although it’s illegal to sell vaping products to anyone under 21.

Especially for kids, much of the lure is flavor. E-cigarettes offer attractive smells and tastes. Fruit, mint, candy and dessert flavors are the favorites, and studies suggest they ignite the desire to vape. That’s why the Trump administration just banned the sale of those sweet flavors from cartridge-based e-cigs, the delivery method most popular with teens.

One of us (Weihong) is a chemosensory neurobiologist, and the other (Rakaia) is a research assistant in my lab. Put simply, we study how the sensory systems and brain react to chemical stimulation. With e-cigarettes, we are focusing on how the enticing flavors ensnare our children.

But our studies have shown that the effect of flavor goes beyond the pleasure they may bring—the flavorings themselves may actually harm tissue.

The tobacco industry has long been using flavorings make their products more palatable; it added menthol to cigarettes nearly a century ago.

Today, the allure of flavors in e-cigarettes bring potential health consequences, and kids are particularly vulnerable. E-cigarettes can put adolescents at risk for respiratory, cardiopulmonary diseases, brain disorders and cancers.

About 20,000 flavored e-liquids are on the market—countless combinations of hundreds of flavoring molecules extracted from natural ingredients or artificially made. The vast majority are volatile odor chemicals, perceived not by taste, but by smell.

Your olfactory system, with far more sensitivity than your taste buds, can distinguish more than 10,000 smells. During vaping, a flavoring enters our nose, and like any agreeable scent, immediately evokes the fond memories and pleasant emotions associated with the aroma. Vanillin, a popular e-cigarette flavoring, smells like dessert; ethyl maltol, a flavoring used in many foods, has a candy-like odor. The user, comforted and calmed, savors the moment—then goes back for more.

But e-cigarette vapor also contains nicotine, heavy metals and formaldehyde, as pungent as they are harmful. Mixing in delectable flavorings disguises their unpleasantness, much like the cherry additive that camouflages the otherwise medicinal taste of children’s cough syrup.

Yet perceptions of irritation and pain in the nose, mouth, and throat serve as warning signals, the body’s cautionary bells and whistles evolved over millions of years. A bitter taste might originate from a toxic plant; irritation in the nose or respiratory tract indicates the inhaled substance is potentially harmful.

But now that flavorings in e-cigarette mask the warning signals, many consumers have been lulled into believing vaping is benign. They rate mint flavors as safer, though they are not. And instead of irritation from the e-cigarette prompting a cough—an action that removes harmful stimuli from the airway—the flavorings instead dampen the user’s sensory alarms and protective reactions. The risk of chemically induced injury, along with nicotine abuse, is increased.

How flavors themselves may be toxic

Although the U.S. Food and Drug Administration has acknowledged some flavorings as “safe for consumption,” its label dodges a critical distinction. Safe for consumption does not mean safe for inhalation. While scientists still haven’t confirmed the inhalation toxicity for all flavorings, the latest research reveals some disturbing evidence.

Many of the most common flavorings when present at high levels can cause inflammation, cell death, free radical formation and DNA damage. One class of compounds, known as furfurals, trigger tumor growth in mice.

Flavor molecules, reacting with the propylene glycol in the e-liquid, can produce metabolites, or intermediate substances that are part of metabolic reactions, that are irritating to the respiratory system. Long-term exposure to irritants can lead to chronic cough; inflammation; hyper-reactive airway (wheezing, shortness of breath); edema (swelling in the arms, hands, legs or feet); and acute lung damage.

Some flavorings, inhaled chronically or at high levels, are already known to cause serious and sometimes deadly respiratory illnesses. Diacetyl, a buttery flavor used in processed foods—notably some popcorn products—causes “popcorn lung,” an irreversible disease that affects factory workers exposed daily to the compound.

Many e-liquids contain diacetyl; an analysis found the substance in 39 out of 51 tested e-cigarette samples. In about half the samples, the estimated daily consumption was above safety limits.

Patients with EVALI exhibit a significant number of these symptoms, and all were attributed to vaping. In one survey, users reported cough (40.0%); dry or irritated mouth or throat (31.0%); dizziness or lightheadedness (27.1%); headache or migraine (21.9%); or shortness of breath (18.1%).

Similar health problems have been reported by patients with chemically induced sick building syndrome. This implies that e-cigarette users share common health problems with those suffering from chemical exposure.

What about long-term vaping?

Ongoing chemical exposure, especially at high doses, can cause olfactory dysfunction, including a reduced sense of smell. This encourages chronic e-cigarette users to choose stronger-flavored e-liquids to receive a sufficient buzz. In turn, more potent e-liquids generate more irritation and damage to the nose, lungs and lower airway.

The health effects of e-cigarette exposure go beyond the sensory and respiratory systems. Mint and candy flavors are more than chemical accessories that enhance a harmless experience. They shape our behavior, perhaps for a lifetime.