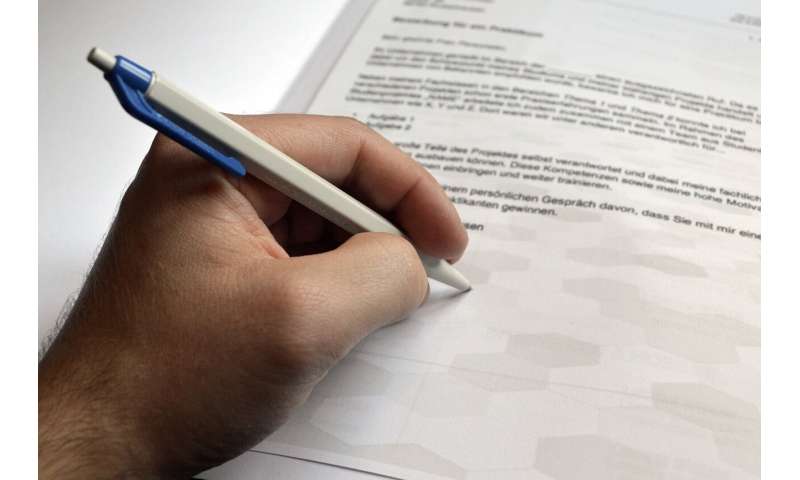 From Leonardo da Vinci to Oprah Winfrey, and from Napoleon Bonaparte to Jimi Hendrix the talents of left-handers have been celebrated across the generations.

However, the prevalence of people who favor their left hand over their right has always been a rough estimate—until now.

In the biggest ever global study of handedness researchers from across Europe, led by the National and Kapodistrian University of Athens and in the UK by the University of St Andrews, have concluded that 10.6% of the world’s population are left handed.

Details of the study of more than two million people by researchers at the National and Kapodistrian University of Athens, University of Oxford, University of Bristol, Ruhr University Bochum and St Andrews are published in Psychological Bulletin today.

Frequency of left-handedness has shaped and underpinned different fields of research, from cognitive neuroscience to human evolution. While hundreds of empirical studies have assessed handedness, there has never been a large-scale, comprehensive review of the prevalence of handedness and the factors which moderate it.

Typically handedness is measured by which hand is used to write with. However, for this study researchers allowed for the fact that about 9% of people use different hands for different tasks which further improved the accuracy for their findings.

Understanding handedness contributes to our understanding of human evolution. For example, it has been claimed that right-handedness, along with the capacity to make and use tools, to use language, and to show functional and anatomical cerebral specialization, are characteristics specific to humans, and that they are intimately tied together in the divergent evolution of man from apes.

The lead UK author of the study, Dr. Silvia Paracchini, of the School of Medicine at St Andrews, said: “This study will provide a useful reference for different areas of handedness research. In addition to providing reliable figures, the study highlights variability across studies depending on the different criteria used to measure handedness. While we intuitively classify handedness as a left/right category, these data show that the proportion of people using different hands for different tasks is almost as big as the proportion of the left-handers.”