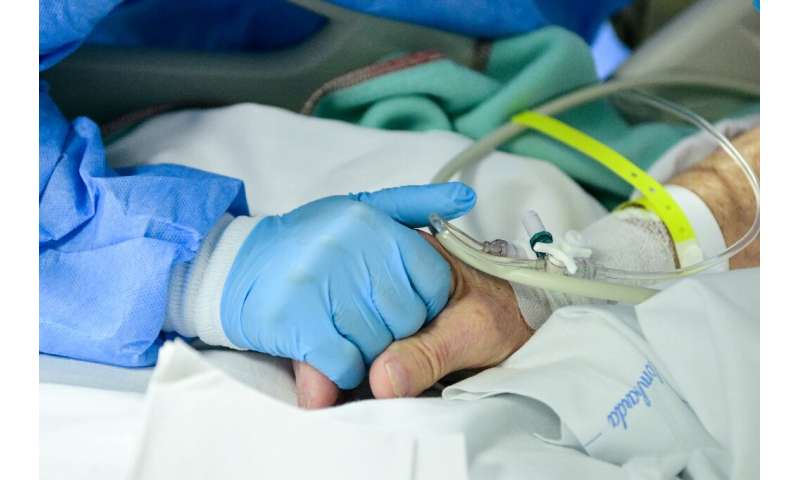 Back in late February, when the US thought it had sealed itself off from the coronavirus, a Chicago resident with mild respiratory symptoms went to pay his respects at a funeral as a friend of the family.

Three days later, he would celebrate at a birthday party with his own relatives.

The man, who was unaware he had the COVID-19 illness, set off a chain of transmissions that infected 15 other people, three of whom died, the Centers of Disease Control and Prevention (CDC) said Wednesday.

The state of Illinois, of which Chicago is the biggest city, did not enact a lockdown order until weeks later on March 21—around a similar time to many other jurisdictions.

But the case is a telling example of how vital abiding by social distancing recommendations and lockdown orders are, the CDC said, as it revealed in a detailed report how the super spreading event happened.

It all started when the man, referred to as the “index patient,” enjoyed a takeout meal using shared plates the night before the funeral with two members of another family he was friends with.

Over dinner, which lasted approximately three hours, and the funeral, which lasted about two hours and involved a shared “potluck-style” meal, the man reported embracing four people, including the two he met the night before to express condolences.

Three developed COVID-19 symptoms within two to six days, including one who had to be hospitalized and eventually died almost a month later.

The other two were managed as outpatients and recovered.

While the patient who eventually died was being treated in intensive care, they were visited by another member of their family who had been in contact with the index patient at the funeral.

This individual, who did not wear protective gear, later developed a cough and fever but recovered.

Three days after the funeral, the index patient went to a birthday party that was attended by nine members of his own family, and came into close contact with all of them over the course of three hours.

Seven subsequently developed COVID-19 three to seven days after the event. Two were hospitalized and required ventilation, and both died.

Two people involved in caring for one of the people who died, including a family member and a home care professional who was not related, both developed probable COVID-19.

The family member likely transmitted the virus to another relative, who did not attend the party.

Three of the birthday attendees who had symptoms went to church six days after developing their first symptoms, where they likely infected an unrelated health care professional.

The health care worker sat in close proximity and conversed with them over a period of 90 minutes.

The CDC wrote that the patients ranged in age from five to 86 years.

“Extended family gatherings (a birthday party, funeral, and church attendance), all of which occurred before major social distancing policies were implemented, might have facilitated transmission of SARS-CoV-2 beyond household contacts into the broader community,” it said.

The story highlights just how contagious the virus is, with scientists still trying to understand better how it is transmitted.

Respiratory droplets from coughing or sneezing that fell directly on a person or came from touching contaminated surfaces were thought to be the main driver, but growing scholarship suggests an infected person breathing and speaking may be enough.