Parkinson’s disease is a common neurodegenerative disorder affecting middle-aged and elderly people. It is a disease characterised by a deficiency of dopamine in areas of the midbrain causing a variety of movement problems such as akinesia (the loss of ability to move your muscles voluntarily), rigidity, and tremor. The eyes may also be affected with this condition and if suffering from any of these eleven vision symptoms, it could mean you may be at risk.

People with Parkinson’s disease may have a variety of complaints related to their vision such as trouble reading, double vision and dry eyes.

While these issues don’t affect every person with PD, it is important to know what the different issues are and that there are a variety of ways to treat them.

If a person suffers from Parkinson’s disease the saccades (rapid eye jumps, which bring the focus from one object to another) tend to be slow, which means reading can be difficult if the eyes are unable to find the correct place on the next line. 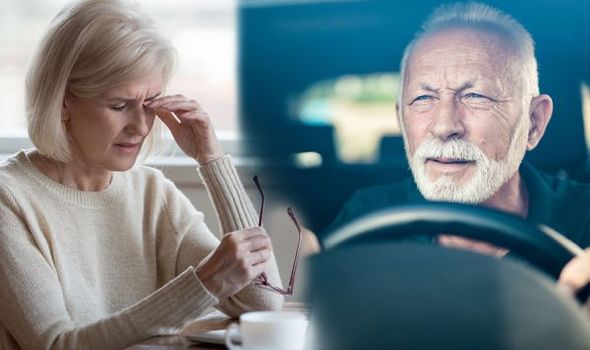 In a study published in the journal Hindawi, visual signs in Parkinson’s disease was investigated.

The study noted: “Parkinson’s disease is a common disorder of middle-aged and elderly people in which degeneration of the extrapyramidal motor system causes significant movement problems.

“In some patients, however, there are additional disturbances in sensory systems including loss of the sense of smell and auditory and/or visual problems.

“In addition, there may be disturbances of visuospatial orientation, facial recognition problems, and chronic visual hallucinations.

“Visual signs and symptoms of PD may include defects in eye movement, pupillary function, and in more complex visual tasks involving the ability to judge distance or the shape of an object.

“Impaired visual acuity also appears to be a risk factor for the development of chronic hallucinations in PD.” 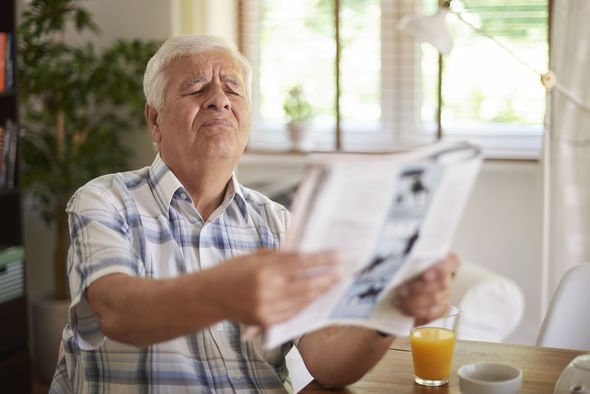 The study listed the various vison issues a person suffering with Parkinson’s disease may experience.

If a person with PD is having visual complaints, the first thing to consider is whether a simple refractive error is contributing to the problem, said the American Parkinson Disease Association.

The site continued: “This is a common cause of vision issues for many people with and without PD, and as we age, it is normal for a lens prescription to need adjustment over time.

“A refractive error can be picked up by an ophthalmologist or optometrist.”