Dementia is a general term for a range of symptoms associated with brain decline. There are more than 400 types of dementia but the most common is Alzheimer’s disease. Alzheimer’s is a progressive condition, which means the symptoms develop gradually over many years and eventually become more severe.

“For example, this could be forgetting about recent conversations or events, and forgetting the names of places and objects,” explains the NHS.

As the condition progresses into the later stages, memory loss can become severe.

The person affected may not recognise their closest family members, for example, notes the Alzheimer’s Association. 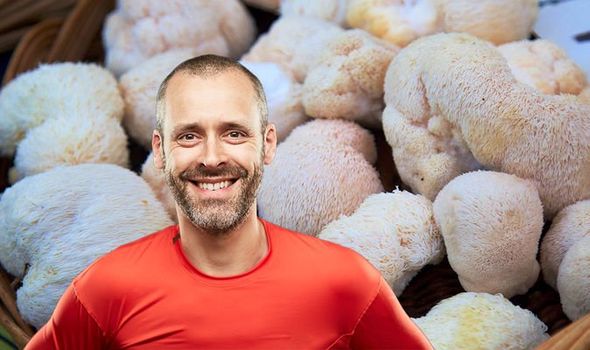 Unfortunately, there is no known way to prevent Alzheimer’s disease but growing research suggests healthy lifestyle decisions, taken early on, can reduce your risk.

One of the promising areas of research can in relation to diet.

Researchers have found certain items both preserve cognitive function and actually enhance it, thereby offsetting some of the risk of Alzheimer’s.

One notable example is lion’s mane mushroom, a large, white, shaggy mushroom that resembles a lion’s mane as it grows.

DON’T MISS
How to live longer: A drink to prevent cancer, liver damage and to boost life expectancy [TIPS]
Heart attack: Experiencing this between midnight and early morning is a warning sign [INSIGHT]
How to live longer: Everyday spice that could protect against early death and bowel cancer [TIPS]

Animal studies have found that the lion’s mane mushroom may help protect against Alzheimer’s disease.

Lion’s mane mushroom and its extracts have been shown to reduce symptoms of memory loss in mice, as well as prevent neuronal damage caused by amyloid-beta plaques, which accumulate in the brain during Alzheimer’s disease.

While no studies have analysed whether lion’s mane mushroom is beneficial for Alzheimer’s disease in humans, it appears to boost mental functioning. 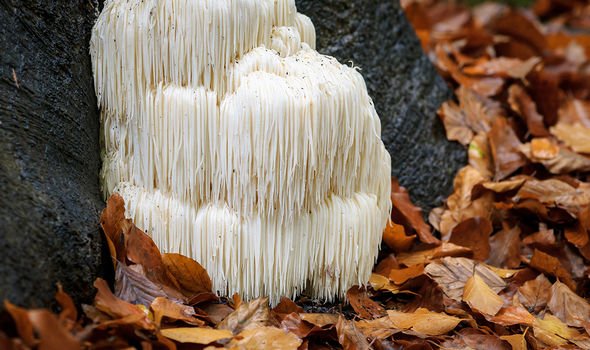 More research is needed to understand the protective benefits the mushroom has on the brain but studies have found that lion’s mane mushrooms contain two special compounds that can stimulate the growth of brain cells: hericenones and erinacines.

Other ways to reduce risk of Alzheimer’s

According to the NHS, cardiovascular disease has been linked with an increased risk of Alzheimer’s disease and vascular dementia. 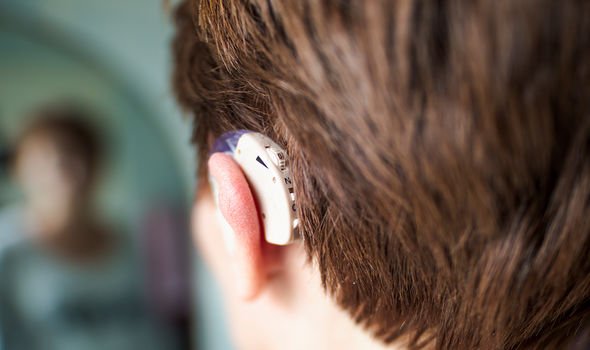 The latest research suggests that other factors are also important, although this does not mean these factors are directly responsible for causing dementia.

The research concluded that by modifying all the risk factors we’re able to change, our risk of dementia could be significantly reduced.

There’s also some evidence to suggest that rates of dementia are lower in people who remain mentally and socially active throughout their lives.