Ovarian cancer is a serious disease that affects the ovaries in women.

The ovaries are a pair of small organs that store a woman’s supply of eggs.

But, the cancer is often missed until its later stages, which lowers the chances of a full recovery.

That’s because the symptoms of ovarian cancer are often similar to less serious conditions. 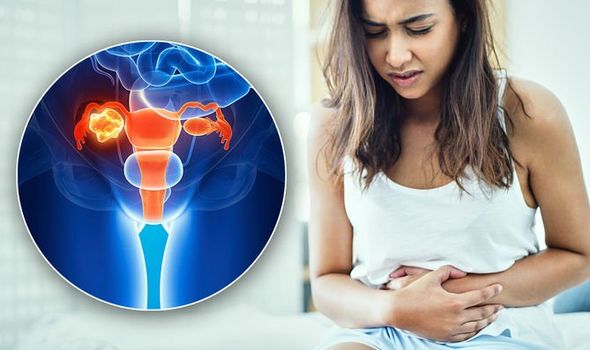 One of the most common symptoms of ovarian cancer is persistent bloating.

The stomach pain remains despite your mealtimes and your diet.

You could also be at risk of the condition if you feel full very quickly after eating.

Similarly, if you seem to have lost your appetite, you may have ovarian cancer.

DON’T MISS
Ovarian cancer symptoms: Sign to be wary of when you go to the toilet [SYMPTOMS]
Stomach bloating causes: Persistent bloating is a sign of disease [LATEST]
Stomach bloating: The sign it is serious [WARNING]

Pelvic or abdominal pain could also be a sign of the deadly disease, while some patients report urinary problems.

Passing more urine than usual, or needing to use the toilet very suddenly, should be seen by a doctor.

“Just one in five women in the UK are able to name bloating as a symptom of ovarian cancer,” said charity Target Ovarian Cancer.

“If you regularly experience any one or more of these symptoms, which are not normal for you, it is important that you see your GP. 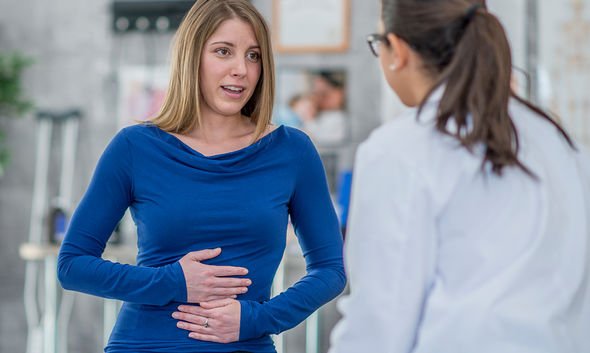 “It is unlikely that your symptoms are caused by a serious problem, but it is important to get checked out.

“Other conditions such as irritable bowel syndrome have symptoms similar to ovarian cancer but if your symptoms don’t clear up, go back to your GP or seek a second opinion, even if you’ve had tests.”

On rare occasions, ovarian cancer may trigger changes to bowel habits, including diarrhoea or constipation.

Extreme tiredness and unexplained weight loss could also be caused by ovarian cancer.

Your symptoms are more likely to be caused by ovarian cancer if you have more than one of the common warning signs.

The exact cause of the disease isn’t entirely known, but you’re more at risk of the cancer if you’re over 50 years old, and have a family history of ovarian or breast cancer.

You could lower your chances of the condition by doing regular exercise, and by giving up smoking, if you’re a smoker.

More than 7,000 women are diagnosed with ovarian cancer every year in the UK.