A new study analyzing the information collected from a large, representative Canadian cohort of adults over the age of 45 has found associations between diet and anxiety disorder risk. Other factors linked with anxiety included a person’s biological sex and whether or not they were an immigrant. 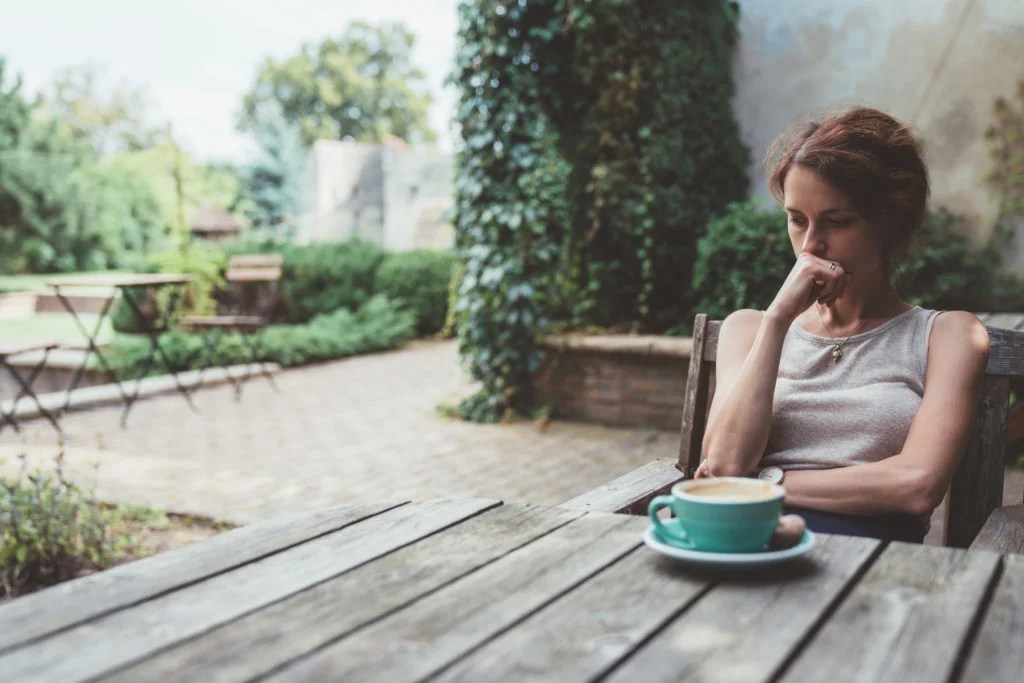 A 2015 study found that anxiety disorders are among the most prevalent mental health conditions in the United States and Europe.

According to the Anxiety and Depression Association of America, 18.1% of the U.S. population reports living with an anxiety disorder each year.

Around the world, 3.6% of the entire population lives with an anxiety disorder, according to the World Health Organization’s (WHO) most recent estimates in 2015.

Researchers are constantly evaluating and reevaluating the factors that might contribute to a person’s risk of developing an anxiety disorder in an effort to provide prevention strategies.

Recently, a team of investigators from different institutions — including Kwantlen Polytechnic University in Surrey and the University of Toronto, both in Canada — have conducted a study assessing significant associations between various factors and the likelihood of developing an anxiety disorder.

The team reports the study’s findings in a paper now featured in the International Journal of Environmental Research and Public Health.

“It is estimated that 10% of the global population will suffer from anxiety disorders, which are a leading cause of disability,” notes lead author Karen Davison, Ph.D.

“Our findings suggest that comprehensive approaches that target health behaviors, including diet, as well as social factors, such as economic status, may help to minimize the burden of anxiety disorders among middle-aged and older adults, including immigrants.”
– Karen Davison, Ph.D.

In their study, the researchers analyzed the data of 26,991 individuals who had taken part in the Canadian Longitudinal Study on Aging between 2010–2015.

The investigators analyzed the information that they obtained from the participants through interviews, physical exams, and laboratory tests.

This analysis revealed a series of significant associations between certain factors and the likelihood of developing an anxiety disorder — some of which confirmed the findings of previous studies.

“For those who consumed less than three sources of fruits and vegetables daily, there was at least at 24% higher odds of anxiety disorder diagnosis,” says the lead author.

Co-author Jose Mora-Almanza notes that this finding could shed some light on some other factors that have associations with anxiety.

“This may also partly explain the findings associated with body composition measures,” he says, adding that “[a]s levels of total body fat increased beyond 36%, the likelihood of anxiety disorder was increased by more than 70%.”

The study’s lead author also hypothesizes that if a diet deficient in fruit and vegetables leads to an increase in body fat, this may, in turn, increase systemic inflammation. Research has linked inflammation with anxiety.

Income, other health conditions may count

The research findings confirmed previous evidence suggesting that women are more likely to experience anxiety. According to the new study, 1 in 9 female participants had an anxiety disorder. In comparison, only 1 in 15 male participants lived with anxiety.

“Our findings are in keeping with previous research which has also indicated that women are more vulnerable to anxiety disorders than men,” says study co-author Prod. Karen Kobayashi.

Specific social groups also seemed to have a higher likelihood of living with an anxiety disorder.

For instance, the study found that those who were single had 27% higher odds of developing an anxiety disorder compared with married peers.

People with lower incomes also appeared to be more exposed to these mental health conditions. According to the study data, 1 in 5 participants with a household income of under $20,000 per year are living with an anxiety disorder. This figure is more than twice as high as that seen among participants with higher incomes.

“We were not surprised to find that those in poverty had such a high prevalence of anxiety disorders; struggling to afford basics, such as food and housing, causes relentless stress and is inherently anxiety-inducing,” says co-author Hongmei Tong, Ph.D.

Moreover, participants who lived with chronic pain had double the prevalence of anxiety of peers with no chronic pain.

“One never knows whether health problems will interfere with work or family responsibilities, and many activities become more challenging and time consuming,” he adds.

Immigrants may face lower risk, but why?

Surprisingly, a social category with lower odds of developing an anxiety disorder was that of immigrants, the researchers found.

According to the surveys the team analyzed, people who had not been born in Canada but migrated there had a lower prevalence of anxiety. The results showed that 6.4% of immigrants had an anxiety disorder, compared to 9.3% of Canada-born respondents.

“Immigrants may face a myriad of challenges associated with resettling in a new country, including language barriers, poverty, difficulties in getting qualifications recognized, and limited social support, so it seems counter-intuitive that they should have a lower likelihood of anxiety disorders than those born in Canada,” says the study’s senior author Prof. Esme Fuller-Thomson.

The investigator hypothesizes that this may be because, given all the challenges and uncertainties associated with moving to a new country, those who choose to take this step may be primarily highly resilient individuals.

“It may be that potential immigrants with anxiety disorders would find the challenges of relocation too anxiety-inducing and would therefore not choose to immigrate, so there is a ‘self-selection’ for those with lower anxiety,” the senior author suggests.

Reflecting on the study findings, the researchers write in their paper that “[t]he identified social, health, and nutritional factors associated with anxiety disorders provide helpful information for improving targeted outreach and treatment for [middle‐aged] and older adults.”

They also conclude that mental health experts should carry out more research, particularly into diet.