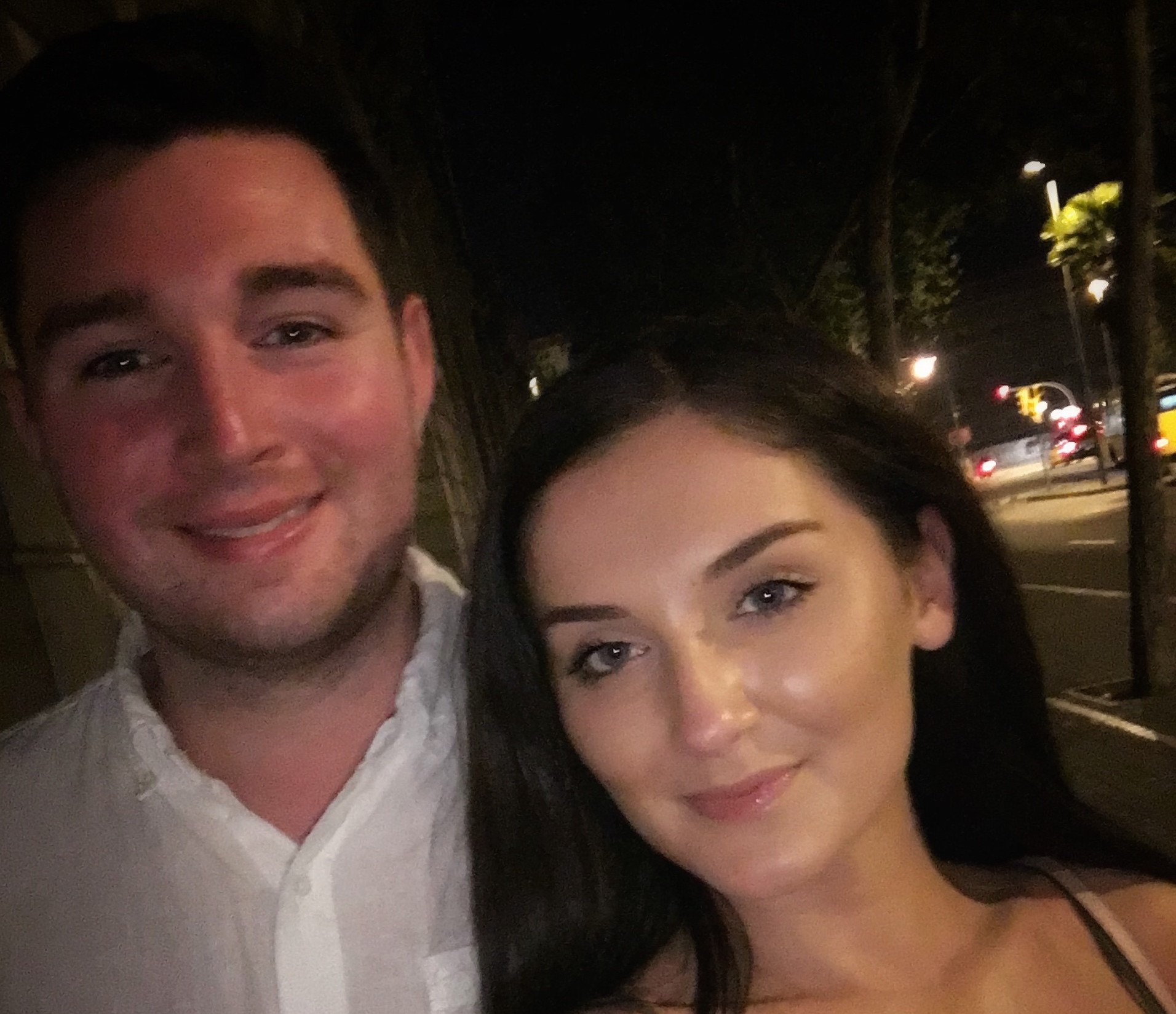 ​​At first, I put my headaches, sore throat, and fatigue down to a lack of sleep.

Throughout March 2019, I had been pulling late nights to study for my exams and frantically finishing multiple assignments. I was in my first year of BSc Medical Sciences at the University of Central Lancashire – with a goal to embark on a career within the field of medical science and healthcare. I wanted to combine supporting vulnerable people with my interest in clinical science.

Determined not to miss a day of study, I reached for the Paracetamol to ease the ache and carried on as normal.

Then, one weekend, my symptoms started to get much worse. I was cold, shivering and had no appetite at all. At 3am on Sunday morning, I woke up with extreme pain in my throat.

It felt like I was swallowing glass and I had a horrible, throbbing pain under my jaw. The painkillers weren’t touching it.

I woke my boyfriend, Tony, and he saw that my throat was infected – it was red, inflamed and there was white pus. He made me a hot drink, and agreed I’d call my out-of-hours GP in the morning. I managed to go back to sleep but, waking early, still in agony, I called 111 twice.

The first time, I was told to take pain relief and call my GP the next day. To begin with, I felt silly calling for just a sore throat, but as the day went on, I knew something was wrong. I’ve been unwell in the past, but this time, it was out of the ordinary.

I felt extremely cold and had painful aches everywhere. I started to feel concerned as I couldn’t understand why I couldn’t get warm. When I called 111 again, I was given an appointment at Royal Preston Hospital for three hours’ time.

An hour passed and I got much worse. I felt physically weak and was in so much pain, Tony rushed me to hospital.

On arrival at A&E, the receptionist took us straight to a nurse who immediately recognised that I had sepsis. The nurse told me ‘not to panic,’ but they needed to treat me urgently.

Sepsis causes an aggressive reaction from the immune system to a severe infection. It means your own body starts to attack its healthy cells, as well as the bacterial cells.

My blood pressure was measured, an ECG was taken, and my temperature checked – all the results indicated that I had a severe infection. At this point I was aware of what was going on, and felt teary and confused – but I was very drowsy and just wanted to sleep.

I had briefly learnt about sepsis through my studies, but didn’t realise it could cause such a massive systemic reaction.

I knew that sepsis could be life-threatening – but it hadn’t crossed my mind as something that would ever happen to me. While I knew I had been unwell for a few days, I never anticipated that I would end up in hospital from a throat infection.

I was taken into a bay in A&E following the assessment, where I received treatment immediately. Tony told me days later that I passed out in the wheelchair on the way to the bay because my blood pressure was so low. At this point I had begun vomiting regularly, which was so painful as my throat was still in agony.

I remember feeling extremely cold despite having a high fever, and asking for blankets but being refused as I wasn’t allowed anything to cover me in a bid to bring my temperature down.

I was assessed by an intensive care consultant as my blood pressure and heart rate were unstable, but fortunately by the early hours of the morning they were beginning to improve.

By midday on Monday, I was admitted to a ward. The nurse taking care of me commended Tony and said that, if I hadn’t come to hospital that night, I could have died.

For five days, I was monitored by nurses. Tony came to visit me every day and kept my family updated, since they lived over 180 miles away in Luton.

Following my stay in hospital I was discharged on oral antibiotics and pain relief and it took about six weeks to regain full strength. I had to tell my university that I couldn’t attend lectures, but sat my exams as planned in May and I received all the support I needed to pass my first year.

In the months after, I continued to struggle with recurrent throat infections. In June 2019, I was even admitted to hospital overnight as I had another throat infection and tachycardia – an elevated heart rate, which can occur when the body is fighting an infection.

Now, I take daily medication to prevent stomach acid reaching my throat as gastric reflux can increase the risk of more throat infections.

Sepsis changed my life in the sense that I am now much more aware of my own health and lives of those around me.

In addition to recurrent infections, I experience anxiety when I become unwell which I’d never experienced before, at least, not relating to my health. Now I find myself panicking whenever I have mild symptoms closely related to the early feelings I felt before getting sepsis.

I maintain a healthy lifestyle, ensuring I eat foods that contribute to a strong immune system, exercise regularly and balance my work, studies and personal life more equally to prevent exhaustion. This year, I am due to complete my final exams for my undergraduate degree, and I currently work in the radiology department at my local hospital.

My ordeal in hospital has increased my motivation as I now have great empathy for those acutely unwell, and their families. The knowledge I have gained through this experience will be more helpful than any practical work, or personal study.

I strongly believe that we need to educate as many as possible on the dangers of sepsis and the symptoms to look out for. Far too many lives are lost to this non-discriminate condition and knowledge of sepsis is vital in preventing this.

It’s why I volunteer as an advocate for the charity Sepsis Research FEAT, whose research is vital in increasing our understanding of sepsis and developing new treatments for the future.

I am extremely fortunate to have recovered so well, as I know so many survivors are left with devastating life-changing effects from sepsis.

With more awareness and research, everyone can work together to look out for the signs of this terrifying condition. Sepsis could have cost me my life, and I am determined to help others avoid the same harrowing experience.