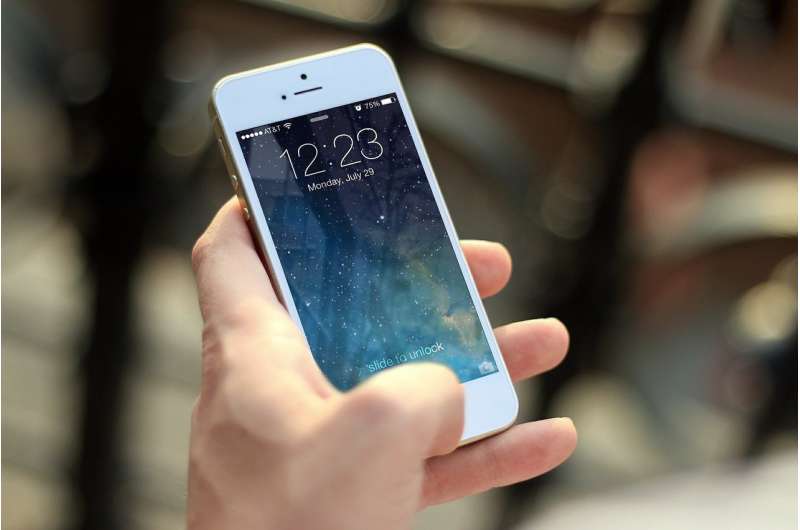 Help for a mental health crisis is now just three digits away: 9-8-8.

Early data show that people are increasingly reaching out to a national mental health hotline launched July 16 as an easy-to-remember alternative to 911. But how does it work? And is it “friendly”?

Instead of being directed to police, callers (or texters) are connected to compassionate listeners trained to talk about crises ranging from suicidal thoughts to drug addiction. They can even advise people who aren’t in crisis but hope to help a struggling friend. It’s free and staffed around the clock.

“We want to make sure that we’re giving people effective evidence-based care in a crisis, rather than giving them care that results in them cycling through incarceration, hospitalization, emergency department visits, over and over again, which has historically been how we’ve addressed crisis in this country,” said Hannah Wesolowski, chief advocacy officer for the National Alliance on Mental Illness.

Before 988 went live, those seeking help had to dial a 10-digit 800 number to reach the National Suicide Prevention Lifeline. Calls to that number—(800) 273-TALK—will still be answered.

A bump in usage

In August, the hotline’s first fully operational month, its overall volume—including calls, texts and chats—jumped 45% across the country, compared with the same month last year for the Lifeline, according to the U.S. Department of Health and Human Services.

Meanwhile, the average time it took for a response decreased year over year from 2½ minutes to 42 seconds. The Substance Abuse and Mental Health Services Administration, a part of Health and Human Services, oversees the hotline.

The number has fallen off since, but the West Los Angeles agency said that, as of Sept. 12, its overall volume since the July launch has increased by 27%. Texts shot up 176%, and chats decreased by 20%. Calls have increased 27%.

“This is a good thing. This means people are calling. They are understanding that 988 is there to help,” Didi Hirsch Chief Executive Lyn Morris said.

It sounds warm and fuzzy, but what about the fine print?

Anyone in the U.S. can call or text 988. There is also an online chat option, 988lifeline.org/chat.

Didi Hirsch offers English- and Spanish-speaking crisis counselors 24/7. Korean speakers are available during peak evening hours and there is support for the deaf and hard of hearing. Check the website, didihirsch.org, for details.

Who will pick up or respond?

A crisis counselor trained in suicide prevention and handling other mental health and substance-use issues.

Where are the counselors?

988 calls are routed to the closest crisis center that corresponds to the caller’s area code.

For example, if you’re calling from Los Angeles but still have a number from your hometown in Pittsburgh, your call will probably first be answered by someone in Pennsylvania.

If a local center cannot respond, the call is automatically routed to a national backup center.

Across the U.S., there are 200 call centers. There are 13 such centers in California.

Will they know my location?

Unlike 911, calls to 988 don’t use geolocation. That is, they don’t trace the caller’s address or whereabouts.

In a 2021 report, the Federal Communications Commission examined the cost and feasibility of adding geolocation to 988 calls. Federal officials held a forum in May to discuss adding the feature. Information gathered at the forum is under review.

It depends. The majority of calls to 988 are resolved over the phone. However, 911 services may be tapped if the caller’s life is in imminent danger, such as an in-progress suicide attempt.

Morris said about 5% of the calls, texts and chats that Didi Hirsch receives require an emergency response. That equates to 6,850 of the roughly 137,000 contacts the agency received last year.

The proportion drops to 2% nationally, according to federal officials. That’s about 72,000 of the 3.6 million contacts received by the Lifeline last year.

The Los Angeles Police Department can divert calls to Didi Hirsch when the caller is experiencing a mental health crisis and isn’t a danger to themselves or others. Of 5,000 calls routed to Didi Hirsch last year, Morris said, 82% were deescalated over the phone. The other 18% were routed back to police.

Who’s paying for it?

The Biden administration dedicated $432 million to beef up call centers and related services.. The administration has requested more money for the Lifeline in its annual budget. Congress has provided workforce funding, and a mental health legislative package that advanced out of the House would allocate more federal dollars for 988.

California leaders have contributed $20 million to the hotline.

States are permitted to levy telecommunication fees to provide ongoing funding to 988, which is similar to how 911 is supported. A California bill that would add a monthly fee to each phone line beginning Jan. 1, 2023, is on Gov. Gavin Newsom’s desk. The rate would remain at 8 cents per line until 2025, after which it could not exceed 30 cents per line.

“The transition to 988 is just the beginning,” Health and Human Services Secretary Xavier Becerra said in a statement.

The long-term vision for 988 is to reimagine the national crisis response system. The Lifeline represents the first step, providing someone to call.

The architects of 988 envision a system that will also include someone to respond in person, such as mobile crisis teams, and somewhere to go, including crisis stabilization programs.

“This is a work in progress,” Wesolowski said. “It’s going to take many years.”

In the meanwhile, she said 988 is saving lives.