In 2018, 10.3 million people misused prescription opioids, according to the U.S. Department of Health and Human Services. Of those, 47,600 died from an overdose, which averages to more than 130 people dying from an opioid-related drug overdose every single day. The opioid crisis we’re facing today is one of the worst addiction epidemics in history.

By now you’re probably well-versed in the origin of this story. In 1996, Purdue Pharma began to manufacture OxyContin and then heavily marketed the drug to doctors as a chronic pain reliever for non-cancer patients. The drug became widely popular and by 2001 was the best-selling narcotic pain reliever in the country. However, Purdue Pharma misbranded the drug by convincing doctors that there was very little potential for misuse or addiction, and that is where the problems began. Due to the affordability, ease of access and addictive nature, OxyContin became a quick way for people to get high. But it didn’t stop there. 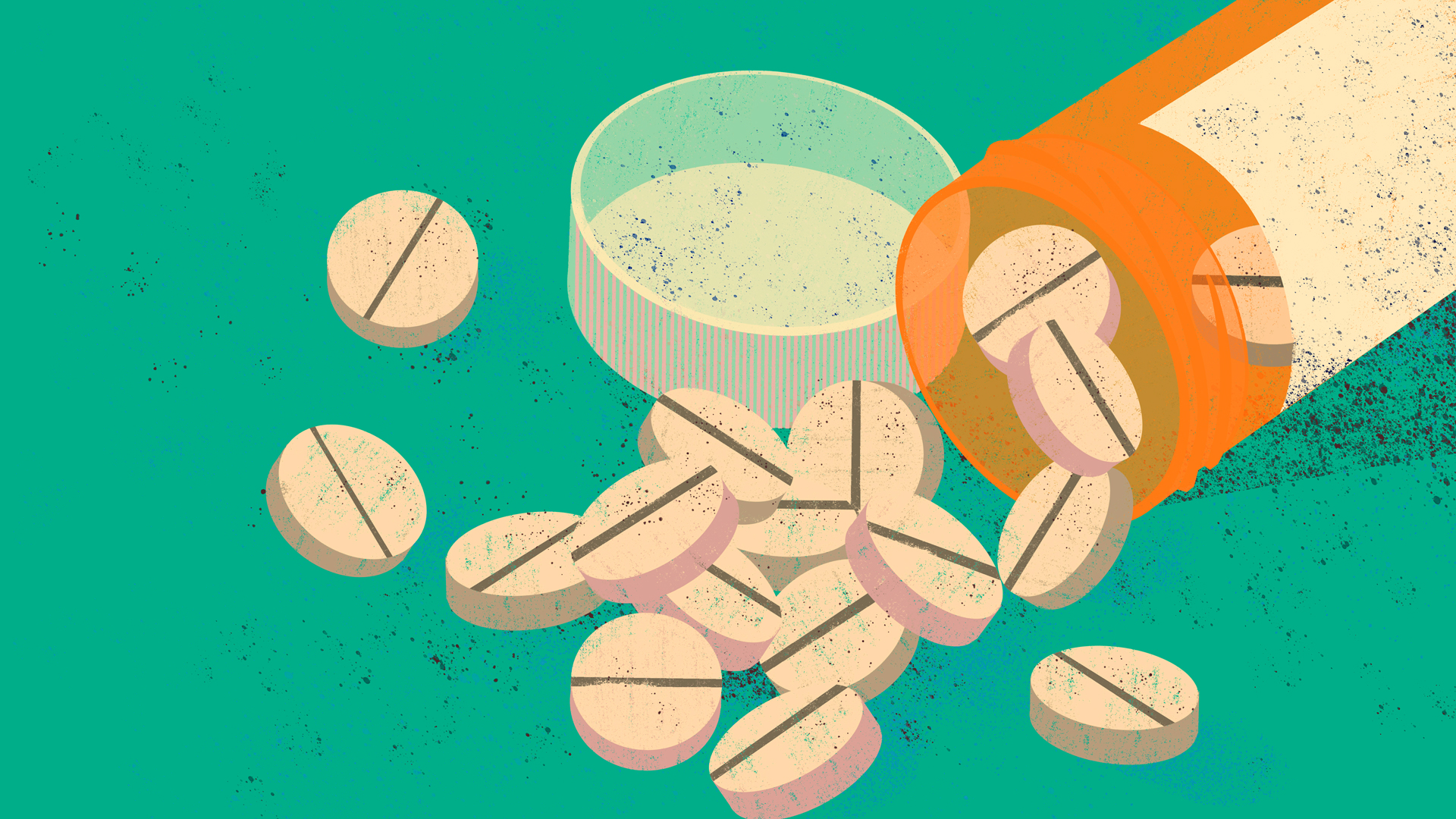 The painkiller was so addictive that patients found themselves turning to much harder drugs, like heroin, to get their fix after their prescriptions ran out. According to a report by the New York Times, 75 percent of heroin addicts used prescription opioids before turning to heroin.

While the epidemic has been broken down into statistics and numbers flashed on to computer and television screens, communities are being devastated by this.

Helen Jennens a Kelowna, Canada resident, lost her two sons from opioid-related overdoses in a span of five years. “They were just 18 months apart and were the best of friends. I can see them standing on the rocks at the side of the lake, talking and laughing while they fished,” she tells SheKnows. “That makes me smile.” Jennens is part of Moms Stop the Harm, an organization comprised of families advocating for drug policy change, prevention and awareness.

Kat Wahamaa, the regional liaison for the organization also became a member after she lost her son, Joseph, to fentanyl poisoning in 2016. “He packed a lot into his short life,” she tells SheKnows. “Overcame tremendous hurdles to put his life to rights again and again in the space of a few years.”

A large part of their work is to educate people about the realities of addiction and unintended overdose and to help prevent other parents from experiencing the loss of a child by promoting policies and resources that prevent overdose deaths. “While those with substance use disorder intend to use drugs, they do not intend to die,” Jennens said. “With the toxic drug supply, in most cases people overdose not because they used too high a quantity of drugs, it is because the drugs are tainted with fentanyl. Naloxone can save them.”

A number of organizations, alongside the U.S. Food and Drug Administration (FDA), advocate for access to Naloxone, an opioid antagonist that is used to completely or partially reverse an opioid overdose.

Naloxone, also known as Narcan, has been around since the 1960’s, but was recognized by the FDA in 1971 as a way to treat opioid overdoses by intravenous or intramuscular injection. However, with the increase in overdoses surging in the early 2010’s, practitioners began to seek out ways to make the drug easier to administer, and in 2012 an intranasal naloxone applicator was developed.

Chase Holleman, Program Director of Guilford County Solution to the Opioid Problem (GCSTOP), in Greensboro, North Carolina, leads intensive in-depth trainings on opioid addiction and says Naloxone trainings are a necessity. He would know, the drug saved his own life. “After reversal, I received no contact from anyone or any opportunity for treatment. I feel that is wrong. All of my interactions with first responders while using drugs were negative and I wanted to see these dynamics change,” he said. “I also acknowledge the compassion fatigue and divide between people who use drugs and first responders, and seek to bridge the gap to restore justice.”

At GCSTOP, Holleman’s trainings are also about the basic science of addiction, cultural humility around people who use drugs and best engagement practices for people who have had an overdose. It includes brain biology, storytelling and motivational interviewing techniques. “People are dying because of the stigma and misunderstanding of addiction and drug use,” Holleman said.

How can we combat that stigma?

Lorin Bell, a third-year pharmacy student at The UNC Eshelman School of Pharmacy affirms Holleman’s beliefs in the stigma behind addiction, and is quick to provide a disclaimer that the language we use when talking about substance use is crucial. “My professor is a huge advocate for substance use disorders and taught us to be conscious about the terminology we use,” she said. “If you speak with anyone who has a substance use disorder, they likely call themselves an ‘addict.’ She wanted us to refrain from such phrases to try to emphasize that this is a disease, rather than a choice.”

Bell provided several examples of common phrases that she uses instead of the more well-known terms. They include:

While adjusting our language is a powerful first step, the education and awareness about addiction is something, Holleman says, we are still lacking.

“I often ask groups of people how much training they receive on addiction in school. EMS, health care professionals and even social workers usually report only 5-10 percent of their training being about addiction, while about 70-90% of their time is spent on people who use drugs,” he said.

And those statistics are right. A 2012 report by the National Center on Addiction and Substance Abuse found that over a span of a four-year medical school program, only a few hours were devoted to teaching addiction medicine. Bell says her curriculum does not require any coursework on addiction, but she did take an optional eight-week elective on substance use disorders and notes this compromised roughly 5 percent of her curriculum. 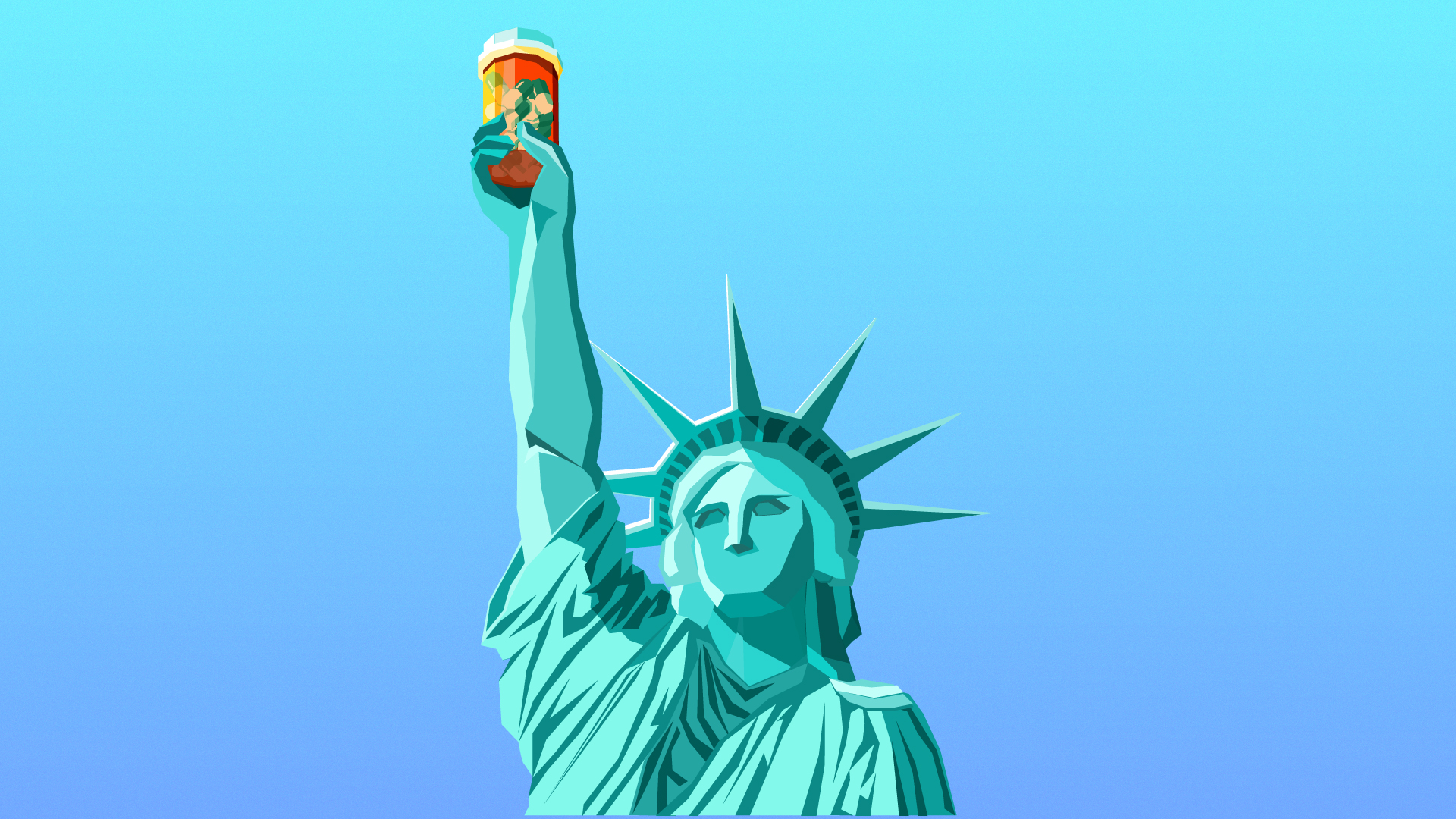 Because of these factors, organizations have begun advocating for Naloxone accessibility among first-responders and civilians so anyone can administer life-saving drugs if needed. Jackie Siegel, co-founder of The Victoria Siegel Foundation has provided the drug for first responders, because she says the drug could have saved her own daughter, Victoria, who died from an overdose in 2015. Due to the notoriety they received from the release of their 2012 documentary, The Queen of Versailles, Jackie and her husband, David, have used their platform to make other parents aware of this epidemic and get them help before it’s too late.

They started the organization after they lost their daughter to an overdose and named the organization in her honor. “We keep fighting for those who don’t have a platform like us, in Washington D.C. and in the media, and educating people on Naloxone,” she said. “We also started the Victoria’s Victory Club for teens. It’s a program that incentivizes kids to stay drug-free with preferred parking at school, free movie tickets, stuff like that. We had our first events in Las Vegas and Orlando, but we are planning to take it nationwide.”

Along with The Victoria Siegel Foundation, Moms Stop the Harm is staying the course in 2020 and plans to continue lobbying and working for Naloxone accessibility everywhere — and above all else continue to advocate on behalf of every individual who has lost their life to an overdose.

“Advocacy can give you the strength and courage to carry on, give your loved one the voice they never had when struggling,” Jennens said. “It builds compassion, empathy and knowledge.”