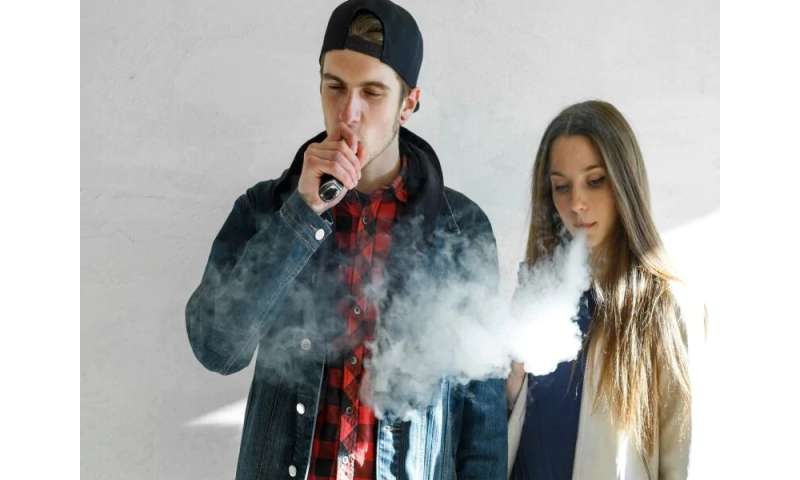 (HealthDay)— After months of delay, the Trump Administration is expected to announce this week that it will ban mint-, fruit- and dessert-flavored e-cigarette cartridges, while allowing the continued sale of menthol- and tobacco-flavored vapes.

The White House originally proposed a ban on flavored e-cigarettes—thought to be especially enticing to teens—back in September. But since then, the Administration had seemed to bow to industry and political pressures and back away from such a ban.

As reported Tuesday by The New York Times, the new ban would have one important exception: Flavored liquid nicotine used in “open tank systems” will not be outlawed. That’s seen as a concession to the burgeoning vape shop business.

Trump also hinted that the ban might not last long.

“We think we are going to get back in the market very, very quickly,” he said at a New Year’s Eve news conference, held during a party at his Mar-a-Lago resort, the Times reported. “We have a very big industry. We’re going to take care of the industry.”

Health advocates supported the ban, but said the exclusion of menthol could greatly weaken its effect.

“The administration policy will fall well short of what is necessary to address this growing epidemic,” said Nancy Brown, CEO of the American Heart Association.

“By allowing menthol flavors and flavored liquid nicotine used in open tank systems to remain on the market, the administration would leave a wide pathway for continued e-cigarette use among our nation’s children,” she said in a statement.

“Flavors attract kids, and menthol is a flavor,” Erika Sward, a spokeswoman for the American Lung Association, told the Times. “It really helps to numb the senses and makes the poison go down easier.”

A study released in October shows just how popular—and addictive—flavored vapes can be for the young.

According to 2018 data, nearly 2.4 million middle and high school teens say they used a flavored e-cigarette at least once over the past 30 days, the study found.

Among teens, “e-cigarettes were the most commonly used flavored tobacco product in 2018; flavored e-cigarette use has increased in recent years,” according to researchers led by Karen Cullen. She’s from the Center for Tobacco Products at the U.S. Food and Drug Administration.

In fact, almost two-thirds (about 65%) of the nearly 5 million teenagers who used some form of tobacco product in 2018 said they had used a flavored e-cigarette over the past month. The figures come from annual National Youth Tobacco Surveys.

Experts in lung health said the numbers are troubling, because any nicotine-containing product that comes in fruit, candy or other flavors can be a gateway to lifelong addiction.

“In order to make vaping more enticing, flavors have been introduced into the manufacturing of both commercial brands and black market products,” said Dr. Len Horovitz, a pulmonary specialist at Lenox Hill Hospital in New York City.

“Young people are attracted to the flavorings, but as they get older, they add other substances like nicotine and THC,” he added. THC is the chemical in marijuana that provides a high.

And there’s an even more frightening issue emerging—cases of serious lung injury linked to vaping. According to the latest figures, more than 2,600 such cases have occurred this year across the United States, including 55 deaths.

The suspected culprit is vitamin E acetate, an additive used in some vaping products.

Responding to the epidemic of youth vaping and the recent spate of vaping-linked lung injuries, many state governments have already moved to ban flavored e-cigarettes.

Cullen and her colleagues believe such efforts can help. They point out that after New York City initiated an almost total ban on the sale of many flavored cigars and “chew” products in 2009, cigar sales dropped by 12%, even as sales rose elsewhere in the nation.

Juul, by far the largest marketer of vape products in the United States, announced earlier this fall that it was ceasing production of most of its flavored e-cigarettes.

One lung health specialist agreed that something must be done to spare kids a lifetime of addiction to nicotine.

“Given the addictive nature of nicotine, these youth are now addicted to nicotine at a very young age, and they are more likely to continue using e-cigarettes and even start smoking regular combustion cigarettes in the future,” he said.