Almost everyone has been told at some point in their lives that “an apple a day will keep the doctor away” but is there any truth to this? According to numerous studies and suggestions by leading health experts, there most certainly is. In fact, an apple won’t just keep the doctor away, it may also help extend one’s life, according to a study in the American Chemical Society’s Journal of Agricultural and Food Chemistry which found that a substance in apples boosts life expectancy by 10 percent.

Researchers at the Chinese University of Hong Kong found that antioxidants found in apples, known as polyphenols, could not only prolong the lifespan of fruit flies used in their study, it also helped preserve their ability to walk, climb and move around.

A similar study on women found that those who often ate apples had a 13 to 22 percent decrease in the risk of heart disease.

The research determined eating apples paired with drinking tea may also keep the reaper at bay. 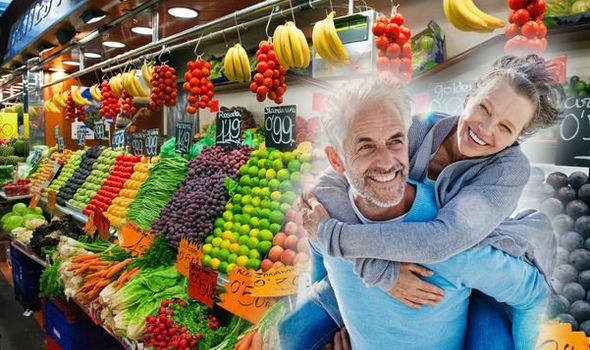 Researchers from ECU’s School of Medical and Health Sciences analysed data from the Danish Diet, Cancer and Health cohort which assessed the diets of 53,048 Danes over the course of 23 years.

The researchers found that people who habitually consumed moderate to high amounts of foods rich in flavonoids, compounds found in plant-based foods and drinks, were less likely to die from cancer or heart disease.

Dr Nicola Bondonno said: “These findings are important as they highlight the potential to prevent cancer and heart disease by encouraging the consumption of flavonoid-rich foods, particularly in people at high risk of these chronic diseases.”

The study explained how many flavonoids one should consume to help reduce their risk of serious health complications.

They found that participants consuming about 500mg of total flavonoids each day had the lowest risk of a cancer or heart disease-related death.

“This is easily achievable through the diet and includes one apply, one cup of tea, one orange or 100g of broccoli.

“Flavonoids have been shown to be anti-inflammatory and improve blood vessel function, which may explain why they are associated with a lower risk of death from heart disease and cancer.” 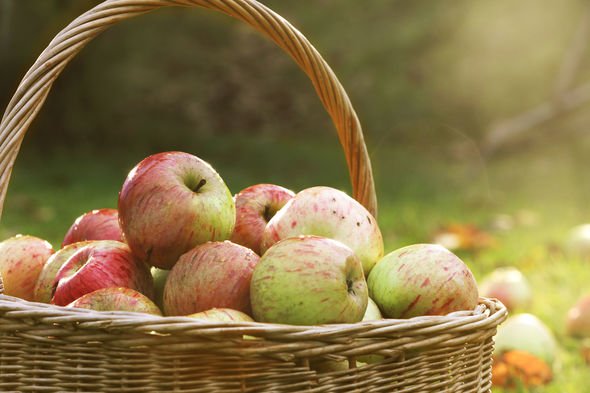 Dr Chris said: “A study showed eating an apple a day reduced the risk of heart attack and stroke by 12 percent.

“Choosing foods with fibre makes us feel fuller, while a diet rich in fibre can also help digestion and prevent constipation.

“Apples contain vitamin C, a powerful natural antioxidant which is capable of blocking some of the damage caused by free radicals.”

Flavonoids are also powerful antioxidant agents which help the body fight off potentially harmful molecules that can be introduced to the body.

They help the body function more efficiently while protecting it against everyday toxins and stressors.

Including more flavonoids foods such as apples into your diet will help the body to stay healthy and decrease the risk of some chronic health conditions.