Collin Maronese has been an adrenaline junkie since he could walk. He rode with his dad on a snowmobile when Maronese was two. At six years old, he rode on his own.

By 12, he was riding a dirt bike. “It was beat up and needed tons of work, but my dad was just as excited as I was,” Maronese said. Riding that bike became a passion for Maronese. It made him feel alive.

But before the event, he crashed and found himself in the hospital with a fractured wrist. He told himself, “I didn’t train all year to not attend this thing.” So he went to nationals anyway—learning to ignore the pain—and landed in the top 30.

But after the race, he couldn’t get himself to bet back on the bike. In fact, in 2016, Maronese decided to leave his whole life behind and move to Toronto.

The Catalyst for Change

Two years went by, and the itch to pump adrenaline came back. He decided to try boxing. “Lifting weights wasn’t cutting it, and I was sick of being limited, so I bit my tongue and punched lightly—still thinking it was all soft tissue and ligament damage.” He got back on a bike that same year, too.

In January 2018, Maronese sees a wrist specialist. “She asked me, ‘How long have you been living this way?'” I said, “Three years.” 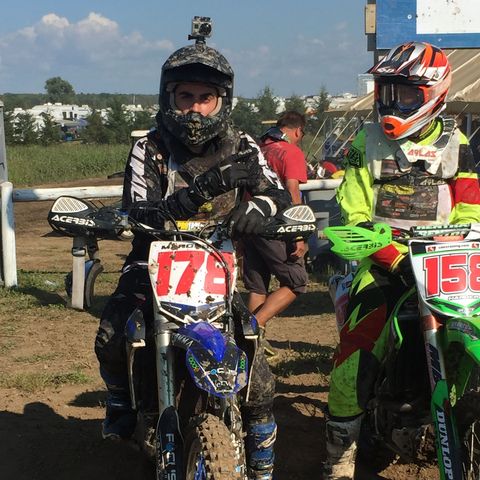 She responded by saying that 30 percent of his scaphoid bone was gone. They wanted to schedule a surgery to rebuild his wrist with a bone graph and a screw.

But Maronese’s mind was made: He’d ridden on a fractured wrist, and he’d been riding through the pain for all these years. The surgery wasn’t scheduled until June, so he went got back on his bike and kept riding.

Before his surgery came, he lost control of the throttle on his bike and it pulled him going more than 12 miles an hour—straight into a wall of trees. 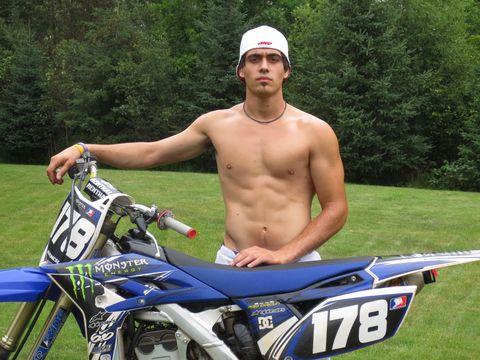 He was in a cast for 12 weeks. “The bone hadn’t fully healed, and the surgeon told me the risk is quite high that it won’t ever heal, and necrosis will likely set in and eventually we’ll have to fuse your wrist to save it. I was scared out of my skin,” he says.

Maronese’s life was at his lowest at that point—living in a basement, jobless, away from his family—and now this.

In a move that for anyone else would seem too soon, Maronese’s cast came off in January of 2019 and one month later he joined a 90-day fight camp at his boxing gym.

“The coaches at United Boxing Club tailored my sessions to do what I could with the pain and limitations of my hand, breaking years of scar tissue,” he says.

He also used techniques he’d learned at a conference in Vegas years before to strengthen his mind over matter. “I meditated every day for 20 minutes, envisioning my hand being mobile and strong again,” he says.

Follow-ups came and went, and the doctor told him the gap in his wrist was closing. “But it’s like I already knew she would tell me that because to my core I’ve believed I could do it,” Maronese says.

In June 2019, Maronese was the main event for his club’s boxing show. In downtown Toronto in front of 400 people, Maronese won his fight.

“You have to seek the mindset and the awareness to get to the path that you’re on so you can feel confidence with every step that you take. That you know how to take care of you,” he says. “The only person that you should be comparing and measuring yourself to is you.”

Now, Maronese is training for a national championship and the 2024 Paris Olympics. “Life will beat you to the ground if you don’t fight back,” he says. “But your life is always in your hands.”