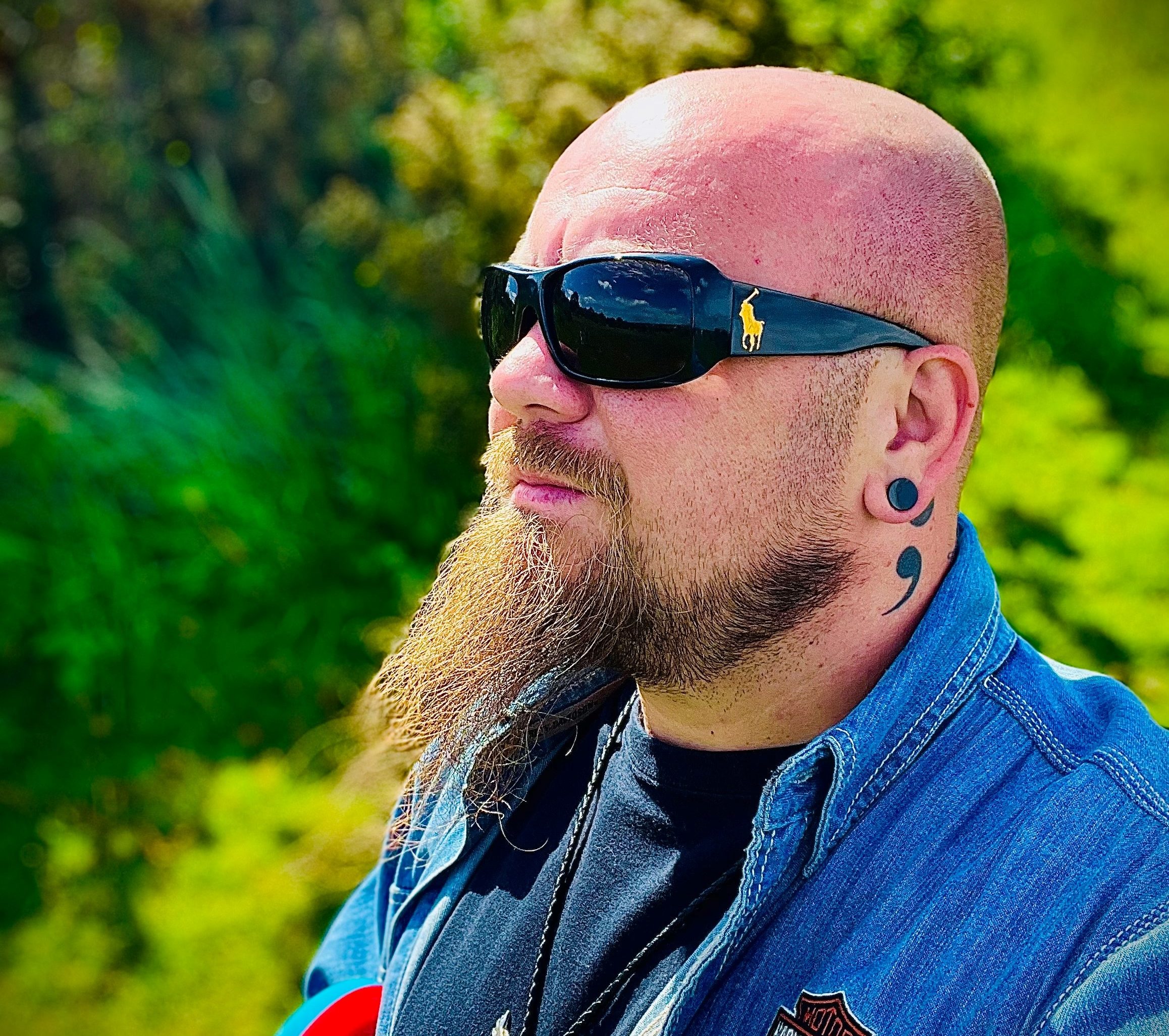 Hanging up the phone, I sank into a chair in amazement.

The man I’d just spoken to, a complete stranger, had been nothing short of incredible.

He’d encouraged me to talk, even made me laugh, and within a few short minutes, I felt completely different. Relieved, as if a huge weight had been lifted off my shoulders.

No mean feat, given that just a couple of hours before, I’d been ready to give up everything and take my own life.

I’d struggled with my mental health ever since I was a child. From the age of seven, I played football seriously and I felt sick with nerves before every game, or even training sessions.

Sometimes it got so bad, I’d be physically sick. My parents would ask if it was too much pressure, but I loved the game more than I was bothered about the sickness. But it began to affect the way I played, and soon, I was relegated to a substitute.

My anxiety retreated in secondary school. But then, in 2013, my uncle passed away. He was my world, and I was crushed. But I didn’t want to make anyone else feel worse with my upset, so I bottled up the emotion inside. Whenever he was mentioned, I’d block it out.

Over the following years, my anxiety returned. I used to have an active social life, going out to football matches and concerts with friends, but by 2016, the only place I felt safe was in the armchair in my living room.

My wife, Sarah, would come home to find me in tears. I had a job in sales, and ended up taking four weeks off work, the mental health nurse at my surgery diagnosing me with General Anxiety Disorder.

Then, at the end of the year, Jan, mine and Sarah’s best friend, died of cancer. Her husband Steve, devastated, took his own life in April 2017. I can’t describe the sadness Sarah and I felt, to have lost both of our best friends.

I didn’t want to be a burden to anyone or bring them down with my problems, so even when I talked to Sarah, I wasn’t fully open with her. But denying my feelings didn’t make them go away. Instead, they fizzed around inside of me, getting ready to explode. And, feeling more and more isolated, that was exactly what they did.

One afternoon, I left the house, determined to end my life.

It was only thoughts of Sarah and Isaac that stopped me from going through with it. When I returned, I told Sarah what I’d been going to do. It was her suggestion to call the Samaritans.

I can’t remember the man’s name who answered the phone, I wish I could because he was just a saint. ‘How is it going, Sam?’ he asked me calmly. ‘It sounds like you’re in a really dark place.’

For the first time, I opened up about what I’d been through and the more I talked, the more I relaxed. And it wasn’t just about my anxiety, or the people I’d lost. He asked me about my son, joking about the lack of sleep and how I’d be dreading the six weeks holidays soon. After a few minutes, he asked how I was feeling. And when I stopped to think about it, I was actually feeling so much better.

By the time I hung up, I was extremely emotional – and so proud that I hadn’t gone through with what I’d been planning.

For this year’s World Suicide Prevention Day, Metro.co.uk have teamed up with Samaritans to share stories and awareness.

As the UK’s leading suicide prevention charity, their aim is to encourage people not to be afraid to talk about suicidal thoughts and feelings if they are worried about someone.

‘Suicide can be seen as a taboo subject, so it is important people know it is OK to ask things like, “are you feeling suicidal?” as it helps the topic of suicide enter conversations more,’ says Samaritans CEO Julie Bentley.

Research has shown that asking someone if they’re suicidal won’t make things worse – it could even protect them. You can find advice and support on how to start a conversation about suicidal thoughts here.

Of course, that one call didn’t solve everything, but it was the start to my recovery. I started a podcast, called The Sam-artarium, to discuss my mental health, and also ask other people to talk about theirs. I couldn’t believe the response I got.

Someone spoke about being diagnosed with schizophrenia, someone else about their experiences of self-harm.

In 2021, I finally started going to therapy. Because the dark thoughts had never quite gone away, I’d called the Samaritans again, but now I was desperate to understand my mental health more.

After pushing for a diagnosis, I finally got three – clinical depression, PTSD and borderline personality disorder.

And maybe that was why I was feeling so low again. It was as if I was turning into someone else, someone who didn’t want to be married anymore, someone who was rejecting all of the religious views that had always been important to them. I was ready to move away from the life I’d spent years building and split from the woman I loved.

It wasn’t until a friend had a very frank conversation with me, explaining how much he could see I’d changed and how I could go back to the man I’d been. It was like he’d unlocked a cell that I’d been trapped in.

I had to face a lot of emotion and recognise how much I’d hurt a lot of people. That was when I came across a poem I’d written on my phone a couple of years before when I had been struggling. And when I read it back, I was surprised at how good it was.

So I decided to have a try at another one. As I wrote poems about my uncle, poems to say I was sorry, the better I felt. They were all dark, like the feelings I’d been through, but they all ended positive, to give other people hope, to stop them feeling the isolation that I’d felt for so long.

Like the podcast, it was another way of expressing the emotions I’d spent so long suppressing.

I posted one of them, about the town I’d grown up in, on a community forum and someone from the council got it touch. Together, we’ve come up with a project where we’ll be hosting a series of mental health workshops, where one of my poems will be read out and the participants will spend the following week, taking pictures to go along with it.

At the end of the workshops, we’ll have a big exhibition where people will be able to come and view all of the work they’ve created. We’re also going to make a book, including my poems,

I’ve also set up a football league for children on a Sunday morning, to help them feel part of a community and improve their mental health.

Over the last eight months, I have been happier than I have been in my entire life – and making other people feel happier too, hopefully. And if it wasn’t for the Samaritans, none of that would be possible.

As told to Sarah Whiteley