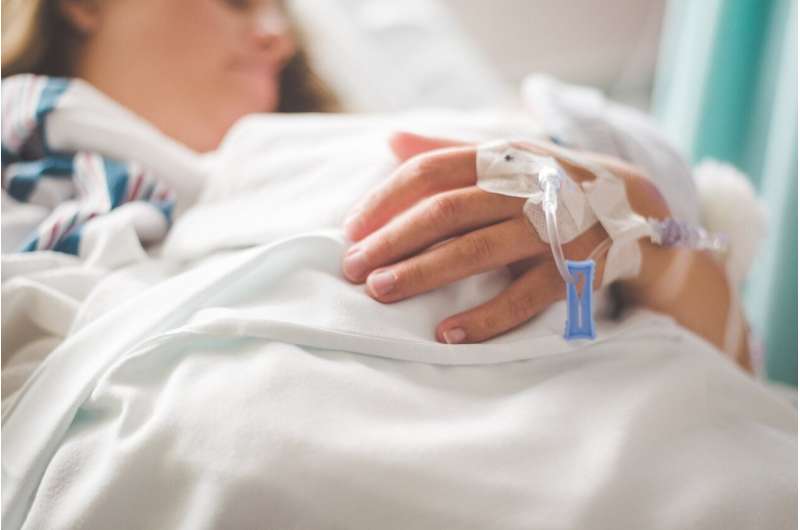 Findings from a new study reveal that some unexpected conditions are leading to more hospitalizations in people living with type 2 diabetes compared to the general population.

The emergence of iron deficiency anemia, mental health disorders and gastrointestinal disorders as leading reasons for excess hospitalization among those with type 2 diabetes compared to the general population was met with some surprise by Baker Heart and Diabetes Institute lead researcher, Professor Dianna Magliano.

The study, released online by journal Diabetes Research and Clinical Practice ahead of its print publication, found that people with type 2 diabetes are far more likely to be hospitalized with iron deficiency anemia than those without diabetes.

“We’ve never seen this result described before,” said Prof Magliano, Head of the Diabetes and Population Health Lab. “The burden of anemia in those with type 2 diabetes was one of the most surprising observations. While it’s known that diabetes can contribute to anemia through reduced iron absorption, gastrointestinal bleeding and through complications that cause anemia, it was unexpected to see the association between diabetes and iron deficiency anemia feature so significantly as a complication.”

Data from 456,265 people with type 2 diabetes registered in the National Diabetes Services Scheme between 2010 and 2017 were used for the study.

Previous studies have assessed hospitalizations by disease group but this study is the first of its kind to delve into the specifics of hospitalizations for people living with type 2 diabetes.

“Because we now have better diabetes management, the proportion of those presenting to hospital with cardiovascular disease and kidney disease is reducing,” Prof Magliano said. “But we are now seeing a diversification of diabetes complications.

“This is an important clinical finding as it means we may have to reassess diabetes management to include treatment and prevention of these other rising conditions.”

Prof Magliano’s team will conduct further studies using other datasets to validate the recent findings and explore the mechanisms underpinning these findings.

“Our findings suggest the possibility of a biological link between type 2 diabetes and iron deficiency anemia, but further research is required to confirm this,” she said.

Iron deficiency anemia can cause fatigue, dizziness, a rapid or irregular heartbeat, and can put extra stress on the heart. In most cases, though, it can be treated.

“Recognizing that this is an issue, and working out what is causing the problem, will help us to identify and treat iron deficiency before it gets to a stage of needing a hospital admission,” said Professor Jonathan Shaw, head of Clinical and Population Health at the Baker Institute, and a co-author of this report.

However, mental health disorders, including stress disorders, depression, and schizophrenia, had levels of hospitalizations that in some cases exceeded the top-ranked traditional diabetes complications.

“In men, stress disorders accounted for the highest number of excess admissions of all diagnoses, with the exception of cellulitis,” Prof Magliano said. “This reinforces the evidence that mental health disorders are also an emerging complication of diabetes.”

Asthma was also associated with a high number of hospitalizations in women. While this is a novel finding, there is evidence suggesting a link between obesity, diabetes, and asthma, which is thought to be related to high cholesterol, high insulin levels and physical inactivity.