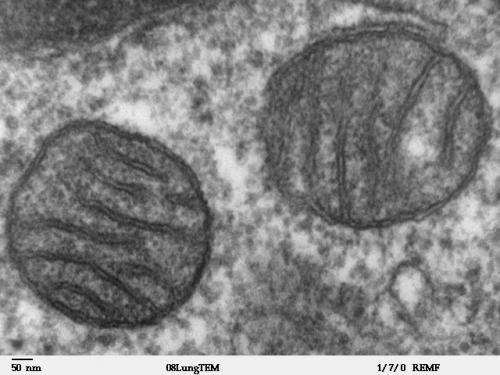 A team led by James Sacchettini, Ph.D. professor and Welch Chair of Science, and Vishal Gohil, Ph.D., associate professor, both from the Department of Biochemistry and Biophysics at Texas A&M University, published a paper in Science outlining their latest discoveries of how using the cancer drug elesclomol holds promise for treating copper deficiencies in Menkes disease.

“With all biology connected, it’s great to see this innovative research from the agriculture and life sciences departments making a significant connection to an area of human health,” said Patrick J. Stover, Ph.D., vice chancellor of Texas A&M AgriLife, dean of the College of Agriculture and Life Sciences and director of AgriLife Research.

Menkes is a rare genetic disorder occurring in about 1 in every 50,000-300,000 births. Young children with the disorder typically die within three years of life due to a genetic mutation that limits their body’s ability to absorb and utilize copper from their diet. The copper deficiency leads to severe brain damage and neuromuscular deficits.

“Experimental treatments have not been effective at overcoming the most severe symptoms of the disease or early mortality,” Sacchettini said.

“Our current work documenting the efficacy of elesclomol in a mouse model of Menkes disease takes us one step closer to the clinical trials,” Gohil said.

Normally, copper is acquired through diet from foods such as fish, organ meats, nuts and beans, said Liam Guthrie, a doctoral candidate in Sacchettini’s lab and lead author of the paper. He explained that dietary copper is normally absorbed in the intestines, then exported to the liver for distribution throughout the body.

In Menkes disease, that process is disrupted. The copper absorbed by intestinal cells must be exported into the blood by a copper transport protein. If that protein is not functioning well, due to genetic mutations, the copper can’t be distributed to various parts of the body. The brain, heart and other tissues thus become copper deficient.

And, when copper is deficient in these tissues, certain enzymes fail to activate, Gohil explained. One such enzyme is mitochondrial cytochrome oxidase complex, which is required for energy production.

“Mitochondrial cytochrome oxidase is an enzyme present in almost all cells in our body and uses a majority of the oxygen that we breathe,” Gohil said.

This enzyme only works if it has copper in it, he explained. Without copper, the enzyme won’t function, and the body stops working due to lack of energy production.

Gohil began working on this project in 2012, and in 2014 his team began focusing on elesclomol and showed that it can deliver copper to mitochondria and restore the production of cytochrome oxidase protein complex in copper-deficient yeast and human cells, as well as in zebrafish.

In 2017, Gohil’s graduate student Shivatheja Soma and postdoctoral fellow Mohammad Zulkifli, Ph.D., began collaborating with Guthrie, Andres Silva and others from the Sacchettini group. They began to translate the laboratory results into a preclinical mouse model of Menkes disease.

The team focused on developing procedures for using elesclomol to treat Menkes and optimizing treatment strategies to find the right doses.

“These were difficult and time-consuming experiments that required special precautions because we were working with very sick mice, ones that carried the same type of mutation as humans with severe Menkes disease,” Guthrie said. “These mice showed very similar symptoms to babies with the disease. We had hope that if we could successfully treat these mice, we would be able to translate the discoveries to infants.”

Sacchettini said the first step was to overcome the side effects of using a cancer drug to treat the disease. The major breakthrough came when their group came up with a new way to prepare the drug.

“We found that by mixing elesclomol with copper in a special formulation, we could keep the new form of the drug soluble prior to administration,” he said. “With this approach we were able to dramatically increase survival of the mice and, importantly, to normalize their brain development.”

The collaborators from the University of Maryland, led by Byung-Eun Kim, Ph.D., showed that elesclomol could overcome more than just defects in the transporter that causes Menkes disease. The medication also targeted a second copper transporter, one implicated in the development of hypertrophic heart and liver disorders in mice and humans—indicating the therapeutic applications of elesclomol may not be limited to Menkes disease.

Gohil’s group and Michael Petris, Ph.D., from the University of Missouri, showed that elesclomol escorted copper to different tissues and delivered it to copper-utilizing enzymes like cytochrome c oxidase in mitochondria.

Through this mechanism, elesclomol prevented brain damage and improved the survival of Menkes mice from a mere 14 days to over 200 days.