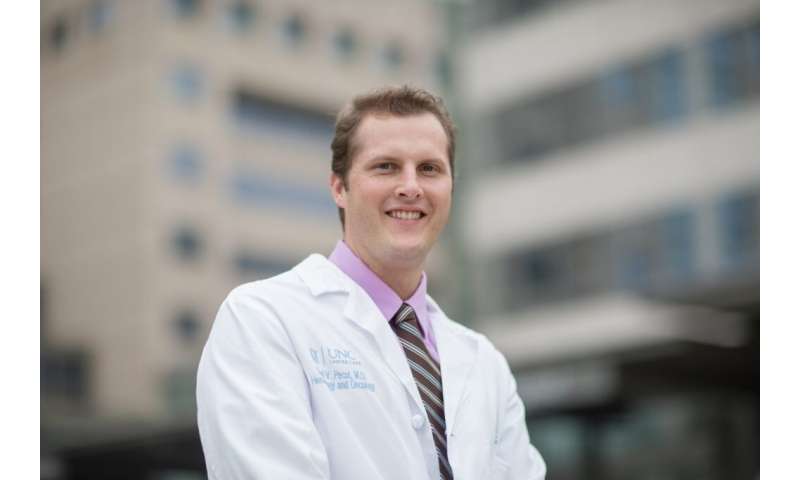 New cancer research by scientists at UNC Lineberger Comprehensive Cancer Center, and colleagues, shows the potential for targeting a specific circular RNA, known as CDR1as, to attack lung squamous cell cancer. Lung squamous cell cancers comprise up to 30% of all lung cancers and are responsible for about 70,000 new cases and approximately 40,000 deaths each year in the U.S.

“Cancer is revealing, at a rapid pace, that it has many more vulnerabilities than we previously believed, including the one we’ve elucidated, which undoubtedly means better treatment options ahead,” said study senior author UNC Lineberger’s Chad V. Pecot, MD, an associate professor at the UNC School of Medicine. “I’m very hopeful, based on our work and much of what is being done in the field of drug development, that many new medicines are on the horizon.”

For decades, scientists dismissed RNAs that joined ends to form circles as splicing errors. Research by former UNC Lineberger director Ned Sharpless, MD, and current director of the National Cancer Institute, among others, revealed that these RNAs are highly abundant and compromise a new class of RNA called circRNAs.

Many circRNAs, including the one in this study (CDR1as), are thought to work by targeting and inhibiting other RNAs. However, after many years of investigation, the researchers discovered that one of the keys to how CDR1as works was through an unstudied protein called CDR1. With the help of several collaborators, they found the answer came by looking at Golgi trafficking.

Golgi bodies in a cell ensure that the proteins a cell produces get to where they need to go and exert their designed function. For cancer cells, this means that Golgi must reposition themselves so that cells can metastasize, or spread, to other parts of the body. Most cellular behavior is ultimately regulated by proteins, so if Golgi trafficking is altered, this can be hugely consequential to what happens in the cell. This new research uncovers some of the first connections of circRNAs with Golgi trafficking.

“We found that CDR1as plays a large role in driving metastasis in lung squamous cancer,” said Pecot. “However, because nothing was really known about CDR1, the protein regulated by CDR1as, our journey was just beginning. We eventually determined that CDR1 in part operates by increasing Golgi trafficking, which we found to be critical to its role in helping cancer spread.”

The researchers say they will continue to explore the intricate biology of both CDR1as and CDR1. According to Pecot, these both represent very enticing drug targets because they are usually not turned on in the rest of the body. So blocking them would be destructive to cancer cells but should not cause much toxicity to the rest of the body.