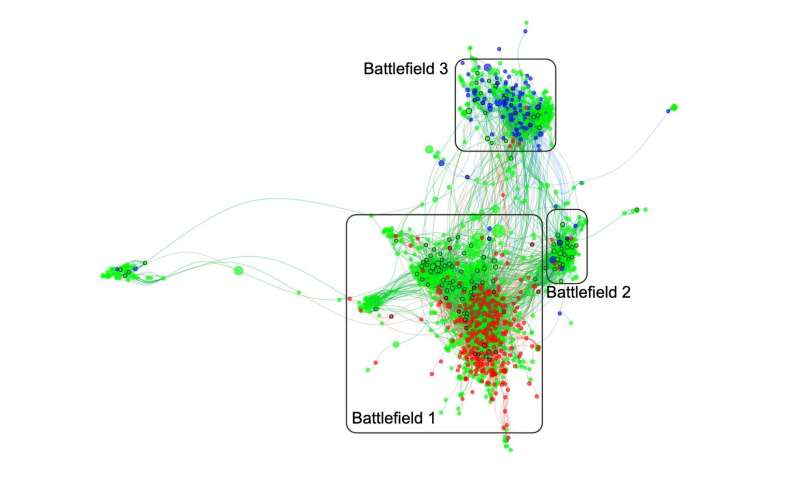 Communities on Facebook that distrust establishment health guidance are more effective than government health agencies and other reliable health groups at reaching and engaging “undecided” individuals, according to a study published today in the journal Nature.

Researchers at the George Washington University developed a first-of-its-kind map to track the vaccine conversation among 100 million Facebook users during the height of the 2019 measles outbreak. The new study and its “battleground” map reveal how distrust in establishment health guidance could spread and dominate online conversations over the next decade, potentially jeopardizing public health efforts to protect populations from COVID-19 and future pandemics through vaccinations.

“There is a new world war online surrounding trust in health expertise and science, particularly with misinformation about COVID-19, but also distrust in big pharmaceuticals and governments,” Dr. Johnson said. “Nobody knew what the field of battle looked like, though, so we set to find out.”

During the 2019 measles outbreak, the research team examined Facebook communities, totaling nearly 100 million users, which were active around the vaccine topic and which formed a highly dynamic, interconnected network across cities, countries, continents and languages. The team identified three camps comprising pro-vaccination communities, anti-vaccination communities and communities of undecided individuals such as parenting groups. Starting with one community, the researchers looked to find a second one that was strongly entangled with the original, and so on, to better understand how they interacted with each other. 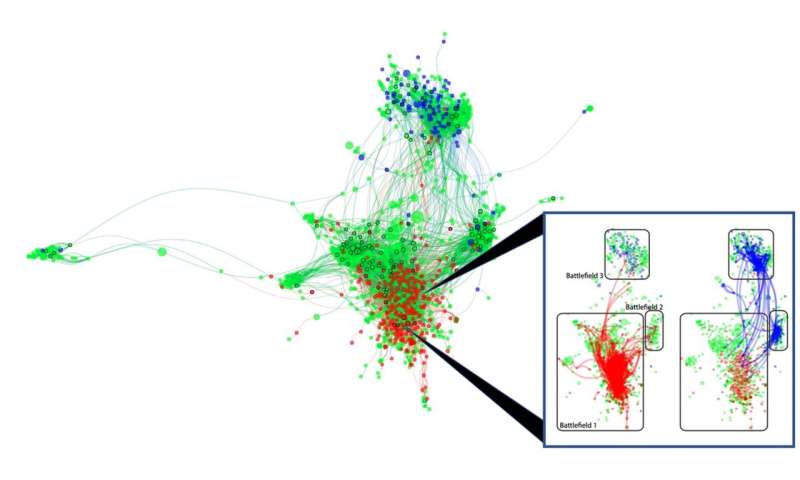 The researchers also found anti-vaccination communities offer more diverse narratives around vaccines and other established health treatments—promoting safety concerns, conspiracy theories or individual choice, for example—that can appeal to more of Facebook’s approximately 3 billion users, thus increasing the chances of influencing individuals in undecided communities. Pro-vaccination communities, on the other hand, mostly offered monothematic messaging typically focused on the established public health benefits of vaccinations. The GW researchers noted that individuals in these undecided communities, far from being passive bystanders, were actively engaging with vaccine content.

“We thought we would see major public health entities and state-run health departments at the center of this online battle, but we found the opposite. They were fighting off to one side, in the wrong place,” Dr. Johnson said.

As scientists around the world scramble to develop an effective COVID-19 vaccine, the spread of health disinformation and misinformation has important public health implications, especially on social media, which often serves as an amplifier and information equalizer. In their study, the GW researchers proposed several different strategies to fight against online disinformation, including influencing the heterogeneity of individual communities to delay onset and decrease their growth and manipulating the links between communities in order to prevent the spread of negative views.