I was a stay-at-home mom, and I filled my days playing with our son, growing vegetables in our immense garden, and spending time with my husband and family on the weekends. Our days were filled with song and happy times. Then, it happened. 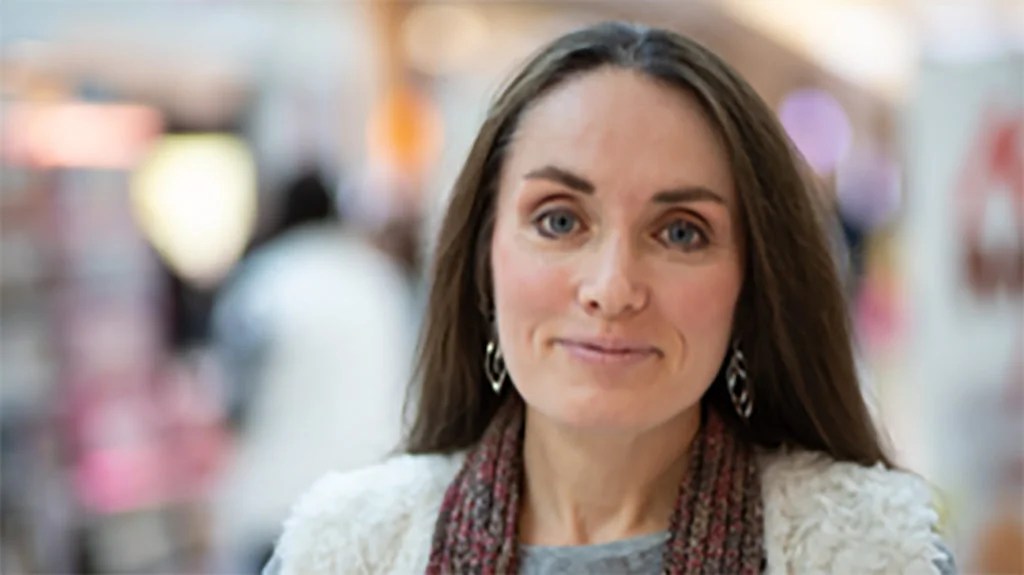 My son was in his last weeks of preschool when I hurt my neck, or so it seemed at the time. It felt sore around the voice box, as though I had somehow pulled the muscles there.

Being a registered nurse and a massage therapist, I know how to address these kinds of problems, so I treated it with rest and ice, but it did not respond.

Every day, the pain got worse, and within 2 weeks, I was completely disabled.

I was unable to talk, chew food, use my arms, turn my head, or stand upright without debilitating pain.

I sought the help of doctors, but they were baffled. They thought that the voice box might have torn the muscles, and they carried out tests, only to find nothing. I tried a course of steroids to take down the inflammation, but it only got worse. That was the first clue, but I wouldn’t figure that out for years.

Years went by, and I spent 8 years in one room, for the most part. I had a microwave and a little fridge in my bedroom. We had a lot of help from my family, but it still wasn’t enough, so we had to hire help for our son after school.

About 4 years into my illness, my husband took a job 90 minutes from our house, but we couldn’t move because I was too sick. So for years, he drove a total of 3 hours a day for work, every day.

Being confined like this, I missed a lot. I missed every school event, every sports game, and every concert that my boy was involved in. I tried to get other people to talk to my son about his activities and take pictures and videos, but it was very difficult. And of course, I couldn’t speak.

Sometimes I thought, “to hell with it!,” and I would try to talk to my son because he was experiencing the usual difficulties of childhood and would need to speak with me. But then, I would be unbelievably sore for weeks afterward, as this only aggravated the condition.

I did everything I could to keep my son’s life normal. He had sleepovers and parties, and we found ways of communicating so that we could remain very close.

I got a voice amplifier for when I had to make phone calls, as it hurt too much to speak loud enough on the phone without one.

I ordered things on the internet when I could, as I was unable to go shopping, but even using my phone that way was painful. I would prop the phone on a pillow on my chest, which helped a little, but my mobile use was limited to a couple of minutes a day due to the pain.

How could it get any worse?

Life was like this for about 4 years, until it got worse. I developed gallbladder pain and subacute pancreatitis.

I worked with a traditional Chinese medicine (TCM) doctor, and he helped improve the condition of my pancreas and gallbladder by prescribing natural remedies and teas. I have always been interested in natural healing methods, and I have had great success using them my whole life.

It was very difficult to get to the TCM doctor, and someone would have to drive me while I was lying down in the passenger seat. I could barely walk, and I was very weak and nauseous.

During this period, in addition to the neck pain, my pancreas and gallbladder were so sore that it would take me 5 minutes to walk the short distance to his office from the parking lot.

There was a bench outside where I would have to lie down to rest before I went in for my appointment. However, as I could see that the treatment was working, we continued to go.

Around this time, my weight started to plummet. I realized that if I didn’t soon figure out the root cause of my problems, I would die.

I spent all my spare time on my phone researching possibilities, and I am very grateful for my education at Case Western Reserve University. As a nursing student at an evidence-based research institution, I had to learn how to read research data discriminately.

That education would be one of the many, many things that contributed to saving my life. I was in excruciating pain all of the time, but I would research as much as possible, usually all day.

I learned everything that I could about the gallbladder, pancreas, and biliary system. I underwent testing for food sensitivities and found that I had many, as well as a few food allergies. Following this discovery, my diet became extremely limited.

Fighting for my life

Over the next 2 years, I was very sick, and my family feared for my life. My weight went down to 89 pounds, but I could see small improvements from the dietary changes and from using the Chinese herbs.

I continued researching and trying new treatments. It seemed from my research that I was suffering from too many toxins and leaky gut syndrome, so I began to implement a few natural treatments for those conditions as well.

I noticed small improvements with these changes, but I still struggled. Then, I began to develop heart palpitations, and my heart rate became elevated.

I was still focusing on finding the root cause of my problem when I embarked on a detoxifying diet. I used the Gerson Therapy cancer treatment diet, but I saw little improvement.

This diet was very difficult for me to follow because I was stuck in bed, and it requires fresh juices and special recipes. As I was unable to cook, my mother bought freshly squeezed organic juice from the health store, and I paid someone to make the food.

At the same time, I found that a high dose of liposomal glutathione, one of the most powerful antioxidants, would minimize my painful symptoms for about an hour. After taking this, I could talk a little, but the painful symptoms would quickly return.

Unfortunately, my digestion would not tolerate the high doses of liposomal glutathione, so I discontinued its use after a couple of doses. However, it had taught me that a toxin was causing my symptoms.

So, now I had to figure out: What was the toxin causing my painful symptoms, and where was it coming from?

After further research, I suspected that I had infections in my root canal teeth. Infections trapped in the teeth give off all sorts of toxins, and there are many documented cases of people getting better from trigeminal neuralgia and other medical conditions after removing their root canal teeth and the attached periodontal ligament.

I had four such teeth, and I was very encouraged, as it appeared that I had found the source of the toxins.

I contacted Dr. Stuart Nunnally, a dentist in Marble Falls, Texas. He agreed that it was likely that I was suffering from infections, and he requested a panoramic X-ray. I had the X-ray in Ohio and sent it to him digitally. He also suspected that my wisdom teeth extraction sites were infected, believing that I had at least four sites of infection, perhaps even more.

He did a cone CT scan at his office and found that I had nine infection sites: four root canal teeth, one crowned tooth, and all four previous wisdom teeth extraction sites. When the pathology report came back after surgery, I had more than 15 serious infections!

His associate, Dr. Lane Freeman, performed my surgery, and she was great. She carefully removed each infected tooth, cleaned each wisdom tooth site, and I was barely even swollen the next day.

I received intravenous vitamin C, as well as platelet-rich fibrin plugs (made from my blood), which studies show are very important for a speedy recovery. I never even took an antibiotic.

It was very difficult for me to get to Texas for the surgery as I was too sick to fly. My sister flew into town to drive me and my mom, and we had to pack all my food, with me lying down the entire trip. It took us 3 days, and we had to drive through storms and flooding.

But it was worth it. Just hours after surgery, my heart rate was no longer elevated, and I no longer had heart palpitations. They have never returned.

Within a week, I was starting to cook for myself, and I noticed an improvement in my voice immediately. It continued to improve steadily for weeks until it was completely normal all of the time.

Clearing my body of toxins

I used intravenous vitamin C as part of my recovery protocol in the first year after surgery, as it would really help me when the bacterial toxins were starting to accumulate in the tissues again.

Clearing the body of bacterial toxins following surgery seems to be very important. I would go for a treatment and feel like a million bucks immediately.

It has been almost 2 years since my surgery, and my life is so much better than before! I can talk, chew food, sing, dance, drive a car, play with my son, and do housework. I have also eliminated all of my food allergies and sensitivities. I can eat lots of different foods now, but I still watch ingredients, fat and protein content, and portion size for my pancreatic health.

I have tons of energy, and I realize that I was weak from the toxins for years before my illness. I used to drink loads of tea for the caffeine and energy lift before I got sick, but I don’t need that now.

Even though I lost a lot of muscle lying in bed for all those years, I’m doing physical therapy and getting stronger. I’m also doing cardiac rehab, and that’s going well, too.

I feel very blessed, and I’m so happy that I found the cause of my illness.

There are plenty of studies linking all sorts of medical conditions to root canal teeth, but dentists still carry out millions of root canal procedures each year. I encourage anyone who suspects that they have a health problem because of their teeth to see a biological dentist to determine whether treatment may be beneficial.

I hope that there will continue to be more research in this field, and it’s important always to move forward in hope. Miracles happen every day.