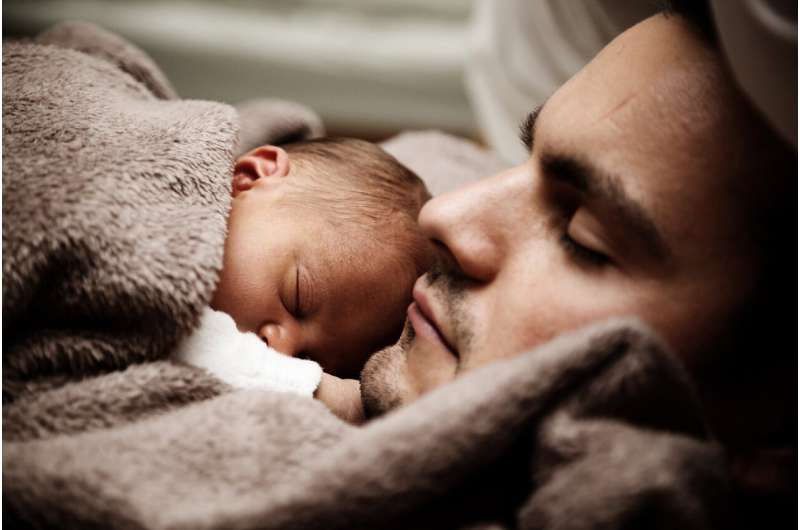 A team of researchers with members from Instituto de Investigación Sanitaria Gregorio Marañón, the University of Southern California and the Autonomous University of Barcelona has found that some parts of the male brain change in size after a man fathers a child. In their paper published in the journal Cerebral Cortex, the group describes how they studied MRI scans of new fathers to learn more about how their brains might change as they adapt to fatherhood.

Many studies have looked at changes to the female brain after a woman gives birth and begins to raise a child, but little research has been done on changes to the male brain. To rectify that situation, the researchers carried out a study that involved conducting MRI scans of two groups of men taken before the birth of their child and after. The first group was in Spain—the researchers scanned each volunteer’s brain before their partner became pregnant and then again shortly after the couple had a child together. The other group was in the U.S., where researchers scanned the male volunteers’ brains during their partner’s late pregnancy and then again approximately eight months after the baby was born. For their control group, the researchers also scanned the brains of 18 male volunteers who did not sire children.

The researchers found little to no change in the limbic system, which is where women tend to have the biggest changes after giving birth. But there were changes in the men’s cortical gray matter, which prior research has shown plays a role in social skills. The loss of volume in this region was found in what is known as the default mode network, which prior research has suggested plays a role in parental acceptance and warmth. A loss of volume, the researchers note, suggests the brain region is becoming more dense, which makes it more efficient.