Traditionally, Indian preparations use it to prepare 'makkai ki roti' made from cornmeal, bhuna bhutta, popcorn and most sweetcorn preparations. 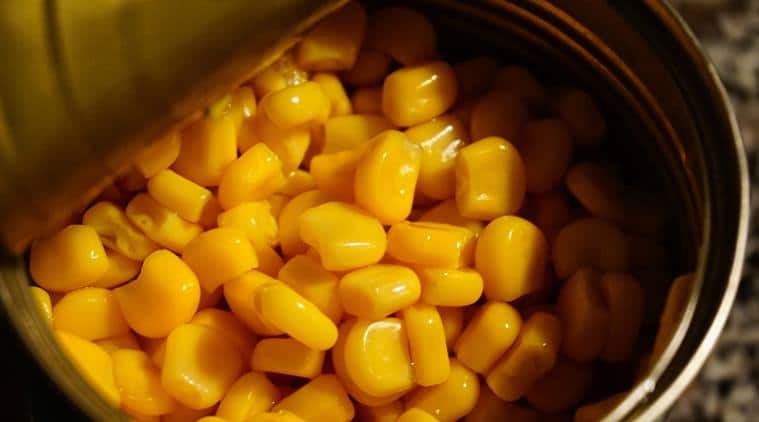 Maize, also known as corn, makai or bhutta, has many nutritional benefits. Owing to its food value and numerous other uses in the food industry, corn is one of the most important crops in the world. Traditionally, Indian preparations use the entire grain, such as in ‘makkai ki roti‘ made from cornmeal, bhuna bhutta, popcorn and most sweetcorn preparations.

Ferulic acid is a unique phytochemical mostly found in grains as well as in fruits and vegetables, but in very low amounts. It is, however, found in high quantities in corn. Cooking corn increases the amount of ferulic acid significantly. Although corn is yellow due to carotene, it has small amounts of beta-carotene. Carotenes help in preventing oxidative reactions and cancers.

Sweetcorn, a type of corn, is high in carbs, fibre, vitamins and minerals. “Sweetcorn is a good probiotic as it contains some kind of good gut bacteria, which aids in digestion and facilitates better metabolism, eventually helping in weight loss. It also contains antioxidants and vitamins — A, B and C — which altogether help in maintaining healthy skin, vision and mucosa which is a membrane that lines various cavities in the body and covers the surface of internal organs. Further, it contains healthy amounts of some essential minerals like zinc, magnesium, copper, iron and manganese. Sweetcorn is a gluten-free cereal and used for celiac disease. Apart from aiding weight loss, it provides the necessary calories for daily metabolism. Though it a power-packed food, it is advisable to consume it in moderation to reap its benefits,” said Rinki Kumari, Chief Dietician, Fortis Hospital, Cunningham Road, Bangalore.

Here are some reasons to include corn in your diet.

* Corn is rich in carbohydrates, and even minerals and vitamins like potassium, phosphorus, iron and thiamine.

* Deficiency of dietary fibre has been linked to constipation, cancer, high cholesterol, diabetes, obesity and hypertension. Cornmeal provides 15 per cent fibre, of which nine per cent is soluble.

* The glycaemic index of corn is fairly high and therefore, diabetics and weight-conscious people should take it in moderation.

* Being gluten-free, it is suitable for people with gluten intolerance or celiac disease.

However, the proteins in maize are incomplete; they lack essential amino acids. This is why, it is advised to add legumes, nuts, dairy products or animal protein, which contain the missing amino acid.

For all the latest Lifestyle News, download Indian Express App