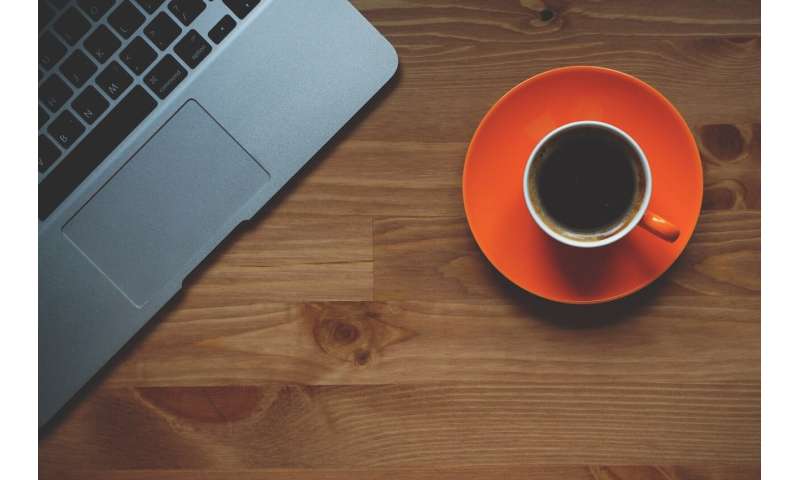 We may all be drinking more coffee to help us survive the COVID-19 lockdown. Today scientists announce the healthiest way to make a brew.

The first study to examine links between coffee brewing methods and risks of heart attacks and death has concluded that filtered brew is safest. The research is published today in the European Journal of Preventive Cardiology, a journal of the European Society of Cardiology (ESC).

Coffee is one of the most popular beverages worldwide and the most frequently used stimulant. Some 30 years ago Professor Thelle discovered that drinking coffee was linked with raised total cholesterol and the “bad” LDL cholesterol—to such an extent that it was likely to have detrimental consequences for heart health. Experiments identified the culprit substances in coffee and found that they could be removed using a filter. A cup of unfiltered coffee contains about 30 times the concentration of the lipid-raising substances compared to filtered coffee.

He said: “We wondered whether this effect on cholesterol would result in more heart attacks and death from heart disease. But it was unethical to do a trial randomising people to drink coffee or not. So we set up a large population study and several decades later we are reporting the results.”

Between 1985 and 2003, the study enrolled a representative sample of the Norwegian population: 508,747 healthy men and women aged 20 to 79. Participants completed a questionnaire on the amount and type of coffee consumed. Data was also collected on variables that could influence both coffee consumption and heart diseases, so that these could be accounted for in the analysis. For example, smoking, education, physical activity, height, weight, blood pressure, and cholesterol.

Professor Thelle said: “The finding that those drinking the filtered beverage did a little better than those not drinking coffee at all could not be explained by any other variable such as age, gender, or lifestyle habits. So we think this observation is true.”

Filtered brew was also less risky than the unfiltered beverage for death from any cause, death due to cardiovascular disease, and deaths from heart attacks. “Our analysis shows that this was partly because of the cholesterol-increasing effect of unfiltered coffee,” said Professor Thelle.

Professor Thelle noted that unfiltered coffee did not raise the risk of death compared to abstaining from coffee—except in men aged 60 and above, where unfiltered brew was linked with elevated cardiovascular mortality.

He said: “We only had one measurement of coffee consumption, but we know that brewing habits were changing in Norway during the follow-up period. We believe that some women and younger men drinking unfiltered coffee switched to filtered, thereby reducing the strength of the association with cardiovascular mortality, whereas older men were less inclined to change their habits.”