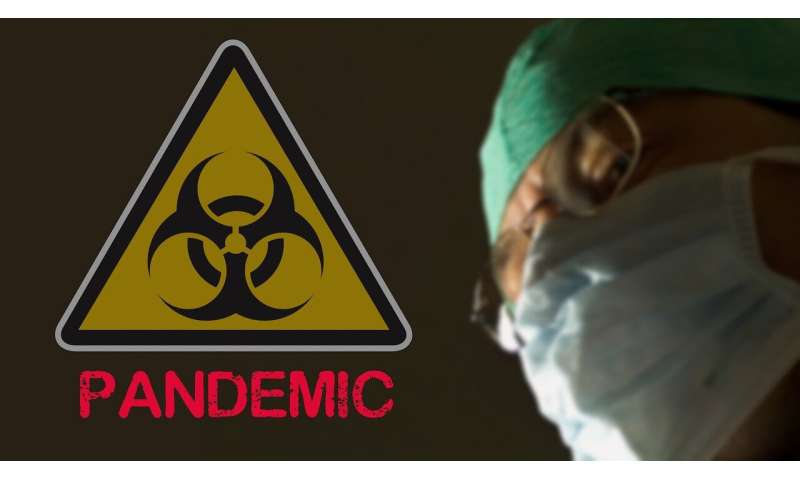 Following the outbreak and declaration of COVID-19 as a global pandemic, there has been a flurry of scientific research and publications to address challenges posed by the virus. Publications have risen exponentially over the past few months as scientists work tirelessly to find out more about the pandemic, and the SARS-CoV-2 virus causing it.

Knowledge is a product of a social collaboration and should thus be owned by and placed in service of the community. But is it? Are researchers doing enough to translate and simplify the important messages so that this knowledge could be clearly communicated to citizens and policy makers?

We would argue not.

There are salutary lessons from the recent past. In 2007, for example, an extensive review citing 434 original research articles and other relevant scientific publications warned that: “The presence of a large reservoir of SARS-CoV-like viruses in horseshoe bats, together with the culture of eating exotic mammals in southern China, is a time bomb. The possibility of the reemergence of SARS and other novel viruses from animals or laboratories and therefore the need for preparedness should not be ignored.”

Why were the scientists’ warning not heeded? What more should have been done to communicate the insights?

The example underscores why the rapid sharing of research is so vital. In cases like the COVID-19 pandemic, it can save lives. As commentators have noted, a robust and scientific system—and an informed citizenry—require immediate and public access to research. As the scientific response to COVID-19 demonstrates, there are benefits to opening the scientific system.

A rethink is necessary

The COVID-19 pandemic has created an opportunity for countries to understand how members of the public are accessing and engaging with scientific information.

A Swedish non-profit organisation, Vetenskap & Allmänhet, recently conducted a study on how people in Sweden are interpreting information about COVID-19.

This picture is likely to look very different depending on the level of trust in scientific information and institutions in a particular country.

There are interventions that can shift the dial on distrust. But it requires a national effort and a rethink of the roles of various actors within the national research landscape when it comes to communication and engagement with research.

In South Africa the Department of Science and Innovation has established a strategy for engaging the South African public. This includes inviting greater citizen participation in the institutions of science. It also involves greater interactions between the state, universities and other research performing entities, business and industry, and civil society.

A recently approved law amendment has contributed to the rethink around the relationship between science and society. The act gives the National Research Foundation (NRF) – a science grant funding foundation—the mandate to support national development by, among other responsibilities, “supporting and promoting public awareness of, and engagement with, science.”

COVID-19 has shown some of these crucial elements coming together.

The current pandemic has seen the South African government and scientists, researchers and clinicians working jointly to engage the public with robust scientific evidence guiding key decisions around national health and safety.

The most visible sign of this has been the role played by one of the country’s internationally renowned epidemiologists, Professor Salim Abdool Karim. Appointed to chair the Ministerial Advisory Committee on COVID-19, he has engaged the public in a nationally televised presentation. He also held a webinar.

In both of these ‘science and health conversations with the nation’ Karim shared deep thinking on complex science issues, and excellent scholarship in an accessible way.

These interactions have shown that South Africa has come some way to using the products of science in its daily life (for example, asking questions, collecting and analysing evidence, and evaluating possible results); and engaging in debate on science-related matters of public interest.

But the first hurdle is to ensure that scientific papers are more readily available. This cause has been championed by the Open Science movement which has gained considerable traction over the past 15 years. Open Science aims to make the primary outputs of publicly funded research results—at a minimum publications and the research data—publicly accessible in digital format, with no or minimal restriction.

The campaign advocates the participation of citizens in the scientific process, the sharing of knowledge through social networks and the development of educational resources that serve to enrich the discourse between science and society.

One key initiative has been Open Access 2020. This is a global alliance committed to accelerating the transformation of the subscription publishing system to new open access publishing models. The aim is that these ensure transparent costing of the article processing charges as well as the immediate and free availability of the information and knowledge.

South Africa’s NRF has embraced the philosophy of Open Science with specific emphasis on Open Access. NRF analysis done on articles published by South African universities between 2009 and 2018 shows that 36% were published in open access formats. This is slightly above the global average of 28%.

Open Science has the potential to reduce the amount of time that research findings take to make their way into the public domain where they can be read, drafted and translated into strategies, policies and laws. The COVID-19 pandemic shows how vital this is.

Ultimately, trust needs to be built between the general public and scientists. This needs to be done by strengthening the interface between science and society and increasing public understanding of the process and impact of science.