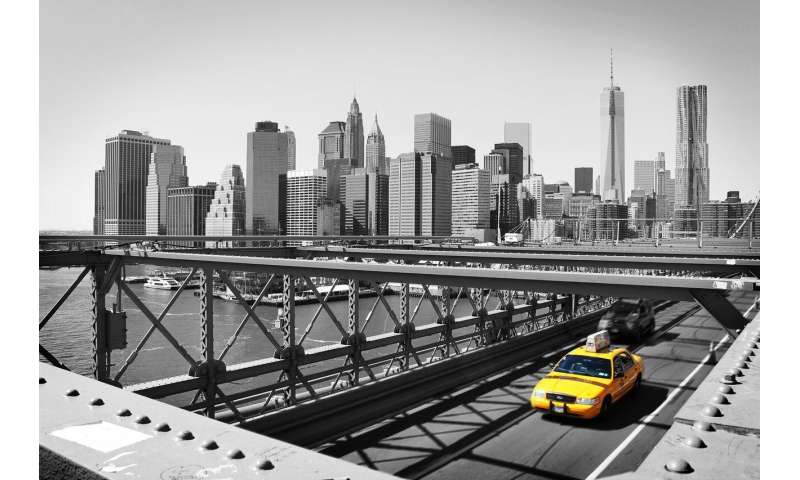 Although their role has been largely anonymous, healthcare staff say it has been essential as Spain has battled the worst of an epidemic that has killed close to 25,000 people.

In Madrid, by far the worst-hit area, more than 500 taxi drivers signed up to volunteer through the PideTaxi app, and they have run more than 100,000 free trips.

“I work on the days when I can, then if they need any help and I’m the closest, the app pings and off I go,” says Gaby Saez, 45, who has spent the past six weeks behind the wheel since Spain imposed a strict national lockdown on March 14.

Despite the risks, he says he’s not afraid, just ultra-careful, wearing a mask and gloves and scrupulously disinfecting his taxi after every single trip.

“At times like these, we all have to do our bit, even if what we can do is very limited.”

With taxi services made freely available to staff at 266 medical centres across the region, medics have been able to visit patients at home, easing pressure on primary healthcare services.

“Health centres request a taxi so they can make home visits to the elderly, to those needing treatment or people with COVID,” says PideTaxi president Andres Veiga.

The idea was to reduce the number of people going to health centres to stop them picking up the virus or passing on the infection to medical staff.

“A taxi might do 10 or 20 visits a day with healthcare staff. Instead of patients going into the health centres, the doctors or nurses go to see them,” he told AFP.

“Being able to take a taxi has made a big difference in stopping the spread of the virus, helping contain it and preventing medical staff from becoming infected.”

EU health chiefs at the European Centre for Disease Prevention and Control say measures to prevent transmission in healthcare facilities “are an immediate priority”.

This is particularly true in Spain which has suffered more than 215,000 cases, around 19 percent involving healthcare workers, one of the highest reported percentages in the world.

Although epidemic peaked earlier this month, medics say the free taxis have made a huge difference.

“They take you to people’s homes, they wait outside then they take you to the next place. They’re 100 percent available, they’re always there with a smile and they never give you any grief,” she told AFP.

“They’re always asking how we’re doing, how we’re coping emotionally, if things are improving and how the patients are doing.

“It’s as if they were part of your family.”

Footage of doctors and nurses hailing the taxis for their work have been widely shared on social media, one showing a driver in tears when staff began clapping as he entered a health centre.

For Saez, whose wife is also a taxi driver, seeing medical staff break down was tough.

“For me, these doctors and nurses are pretty much heroes so you try and calm them and offer some sort of shoulder to cry on,” he says.

Voluntary work aside, few of Spain’s 100,000 drivers are managing to actually work with movement severely restricted and and regional authorities capping the number of taxis out every day.

“Billing is down between 80 and 90 percent,” says Tito Alvarez of Elite Taxi Barcelona.

“When you do get the chance to work, you work well because there are hardly any taxis. But you don’t cover you costs because you’re only working five days a month.”

Though money is tight, Saez says the worst thing is knowing that five colleagues have died of the virus.

“That really touches a nerve,” he admits.