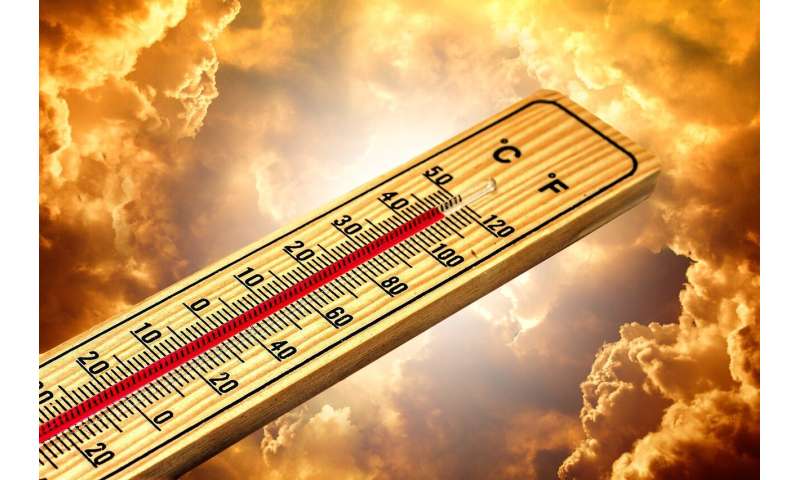 When temperatures reach extremes of an average daily temperature of 109 degrees Fahrenheit (43 C), the number of deaths from cardiovascular disease may double or triple. Researchers note that these findings raise concerns that traditionally hot regions may be especially vulnerable to heat-related cardiovascular deaths, according to new research published today in Circulation, the flagship journal of the American Heart Association.

To examine the effects of temperature on its own, the investigators adjusted for other environmental factors such as air pollution and humidity. Higher temperatures affected both genders and all ages differently.

“While cardiologists and other medical doctors have rightly focused on traditional risk factors, such as diet, blood pressure and tobacco use, climate change may exacerbate the burden of cardiovascular mortality, especially in very hot regions of the world,” said Barrak Alahmad, M.B.Ch.B, M.P.H., a mission scholar from Kuwait University and a Ph.D. candidate in environmental health at the Harvard T.H. Chan School of Public Health in Boston.

When core body temperature increases, the human body tries to cool itself by shifting blood from the organs to underneath the skin. This shift causes the heart to pump more blood, putting it under significantly more stress. A collaborative group of cardiologists, environmental health specialists and epidemiologists hypothesized that increasing temperatures in hotter regions of the world could lead to increased CVD death due to extreme heat’s effects on the body.

“The warming of our planet is not evenly distributed. Regions that are inherently hot, like Kuwait and the Arabian Peninsula, are witnessing soaring temperatures unlike ever before. We are sounding the alarm that populations in this part of the world could be at higher risk of dying from cardiovascular causes due to heat,” said Alahmad. “Although we cannot conclude it from this analysis, men and working-age people may have been at greater increased risk because of spending more time outside. We need to explore this relationship further and consider serious preventive strategies that could reduce the impact of rising temperatures on our health.”