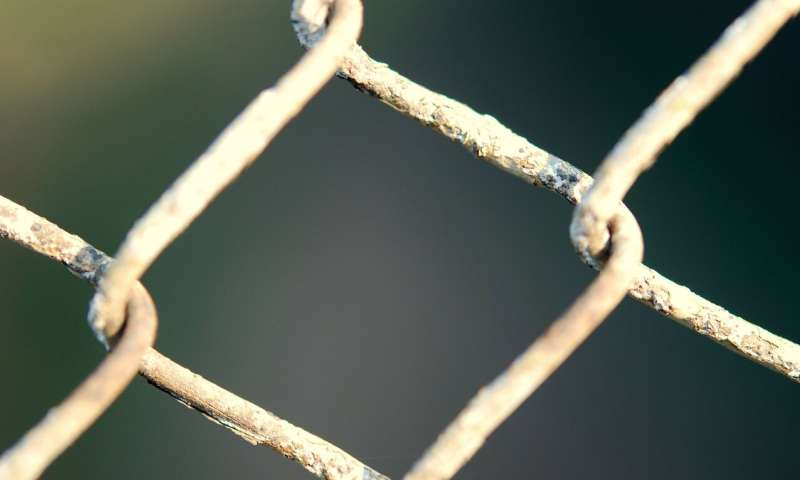 Migrants who are being held in detention should be given the same consideration as vulnerable groups amid the COVID-19 pandemic, says Northeastern law professor Hemanth Gundavaram.

The facilities that house the more than 37,000 detained immigrants across the country, with their close communal living quarters, can be a breeding ground for spreading disease, Gundavaram says. On Thursday, U.S. Immigration and Customs Enforcement, which holds the immigrants, reported its first confirmed case, a member of the medical staff at a New Jersey detention center.

“When we talk about vulnerable groups, right now people are focusing only on people of a certain age or who are immunocompromized,” Gundavaram says. “But immigrants of all ages in detention are a different vulnerable group that very few people seem concerned about.”

Advocates warn that overcrowding at immigration detention centers places the lives of inmates, as well as enforcement officers and agents, at risk of contracting COVID-19, the respiratory disease which as of Tuesday afternoon had infected more than 50,000 people in the U.S.

The risk is not just that the virus will afflict the detainees, but that it could spread among the guards, medical staffers, attorneys, and anyone else who comes into contact with them, and inevitably infiltrate the rest of the population.

The outbreak of the virus, which originated in China, has become a pandemic, prompting quarantines of entire U.S. communities as it spreads rapidly across the country. Gundavaram, who co-directs the university’s Immigrant Justice Clinic, says we must ensure that immigrant detainees are given the means to follow the same social distancing recommendations as everyone else.

“Release is the only thing that makes sense, because our healthcare system is already overburdened,” Gundavaram says. “What other option is there?”

Citing inadequate measures to contain the virus, the American Civil Liberties Union earlier this week called for the immediate release of high-risk and elderly inmates to prevent the spread of the disease.

One way to approach it, says Gundavaram, is to give the detainees a check-in date and trust that they’ll show up. The statistics, he said, show that the majority of detainees honor those appointments.

“You have to balance the harm of people being stuck indoors near each other during a pandemic versus the harm of a small number of people not showing up to their immigration hearings,” he says.

Meanwhile, the response by ICE has varied from facility to facility. At some prisons, detainees are reportedly being held in their cells for up to 21 hours a day, including during mealtimes.

In a statement describing its process for isolating detainees who potentially have the disease, ICE said that those who are at risk are placed in a separate “medical housing room, or in a medical airborne infection isolation room specifically designed to contain biological agents.”

ICE has also said that for the time being, it will stop making arrests that aren’t considered “mission critical.”

At a facility in San Diego, one person was evaluated with symptoms of the virus, while a center in Washington closed for two weeks because of concerns that an employee was infected. Ten immigrant detainees at a detention center in Aurora, Colorado, earlier this month were reportedly separated from other migrants and were being closely monitored, although they weren’t exhibiting any symptoms of the virus at the time, the agency said.

Gundavaram says that even under normal circumstances, the conditions in which the inmates live are less than ideal, so he’s not confident in the government’s ability to prevent or manage a COVID-19 outbreak in the immigration detention system.

Other countries have taken different measures to prevent an outbreak. In Iran, the government released 70,000 inmates from prisons, while in Israel, an entire prison was quarantined.

Gundavaram warned that if the U.S. waits for worst case scenarios to play out before responding, lives could potentially be lost.