British tourist feared to be first westerner to have coronavirus ‘just has the FLU’: 32-year-old takes his first steps after a month of being in hospital as tests rule out killer virus

A British tourist feared to have been infected with the Chinese coronavirus just has an aggressive form of flu, according to his parents.

Ash Shorley, 32, is now out of bed and walking after his health scare at a hospital in Bangkok, where he is still being treated.

Surgeons allegedly drained 4.4lbs (2kg) of fluid from Mr Shorley’s collapsed lungs and doctors confirmed he had an aggressive strain of the flu, possibly bird flu.

Mr Shorley has been in the Thai hospital for around a month after being ferried there by seaplane because his lungs were too weak for a high-altitude flight.

Mr Shorley’s parents Chris and Julie, from Thornton, Lancashire, have flown out to be by their son’s bedside.

Their update comes as the fast-evolving situation in China has now led to more than 500 people being diagnosed with a type of virus which has never been seen before – 17 people have been killed. 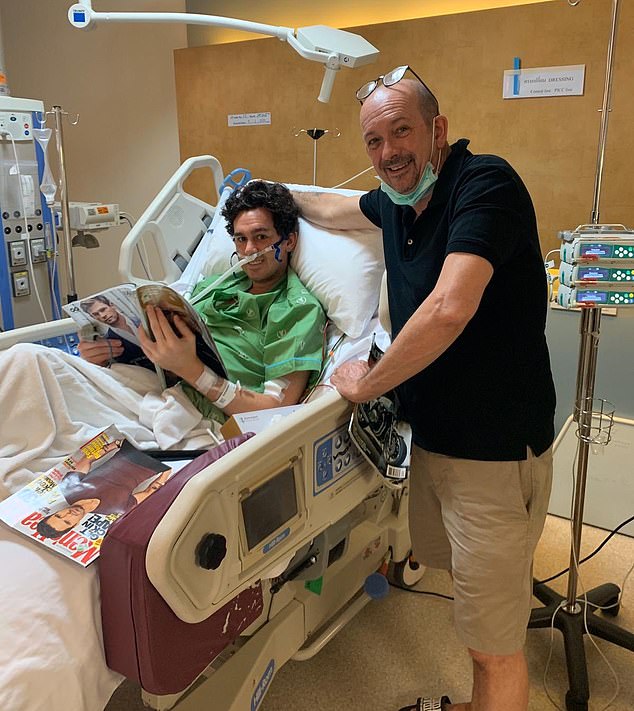 Ash Shorley, from Lancashire, is now awake in hospital and walking again after his family feared he had caught the new viral illness which is spreading in East Asia (Pictured: Mr Shorley in hospital in Bangkok with his father, Chris) 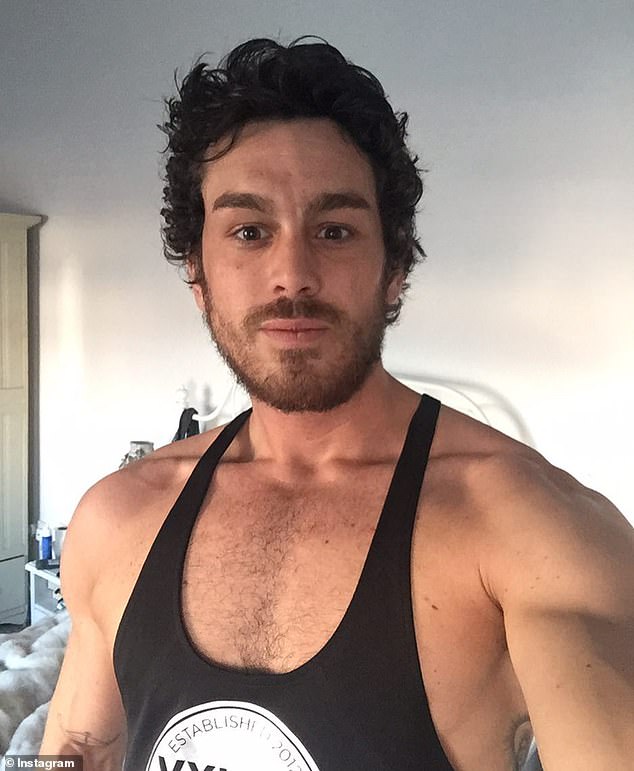 Ash Shorley, 32,is being treated in a hospital in Thailand but doctors have confirmed he does not have the coronavirus which is spreading around East Asia 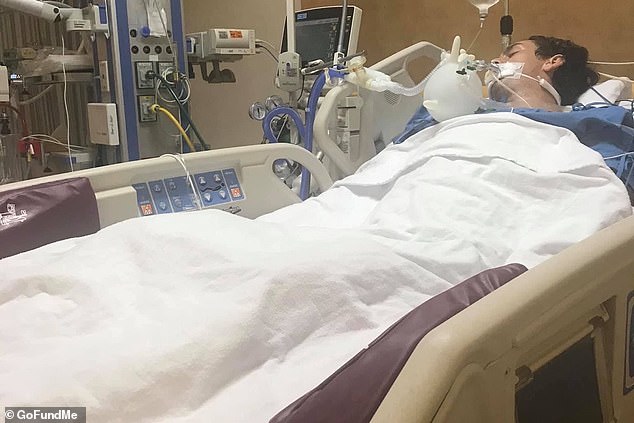 Mr Shorley is pictured in critical condition in a hospital in Phuket. He is now out of bed and walking

Mr Shorley’s father, 55, last week told The Sun: ‘He was two days from death. If he wasn’t so fit, he wouldn’t be with us now.’

Mr Shorley had sold his house to travel round Asia following a break-up with his long-term partner before Christmas.

His parents, who are being supported during their stay in Thailand with the help of a GoFundMe page, said their son has lost 5st (70lbs/32kg) during his illness.

He has had surgery to repair his lungs, which had developed abscesses, according to his father.

Now out of intensive care, the former sales manager, is back to breathing without assistance and being able to talk. Video has also emerged of him walking with the help of health workers.

‘Any parent would not want this to happen to their child because it was touch and go whether he was going to live.

‘Touch wood, he’s now out of danger but at the time the emotional stress was unbearable.’ 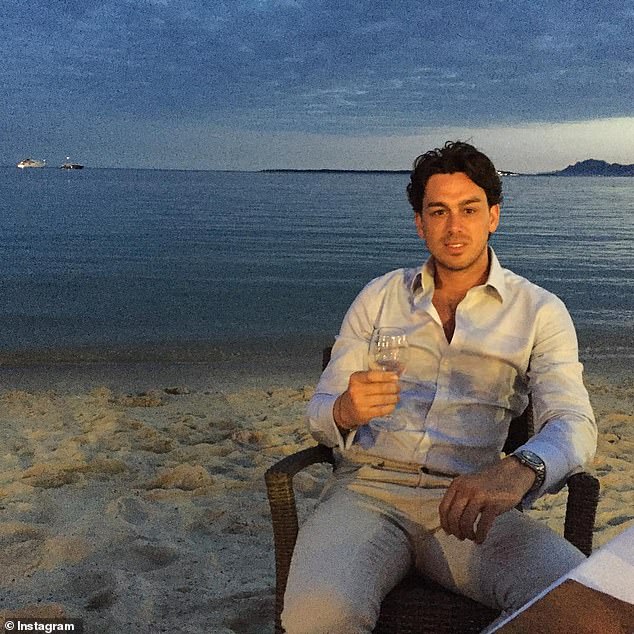 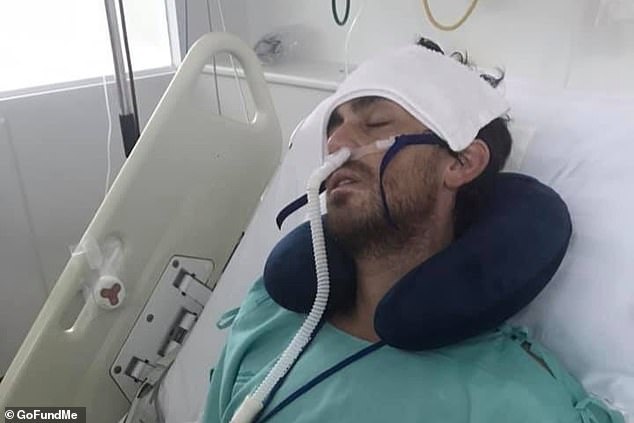 Mr Shorley’s parents Chris and Julie, from Thornton, Lancashire, have flown out to be by their son’s bedside. He is pictured in hospital during the most serious phase of his illness

Mr Shorley’s parents’ update come as the spread of the coronavirus from China is fast evolving.

At last count a total of 526 people had been infected with the virus and 17 had died.

Experts in the UK have upped their estimate to predict 4,000 people in Wuhan alone have been infected, with their upper estimate stretching to 9,700.

Heathrow Airport in London has started channeling passengers from Wuhan through a separate section of the airport in a bid to stop the infection spreading onto British soil.

Health chiefs have now raised the threat level in the UK from a ‘very low’ risk of it spreading her to a ‘low’ risk.

One said this morning the outbreak currently has a death rate similar to the global Spanish Flu pandemic in 1918, which went on to kill more than 50million people.

Leading scientists have also today warned up to 10,000 patients may have caught the SARS-like virus in Wuhan – more than double the previous estimate. Officially, 483 people have been diagnosed. 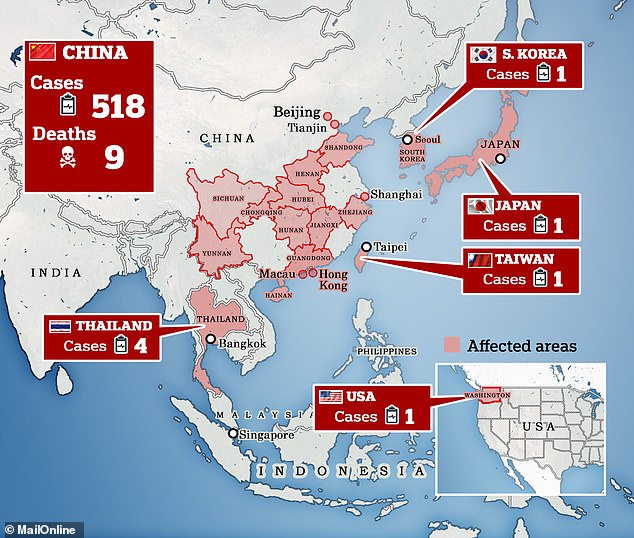 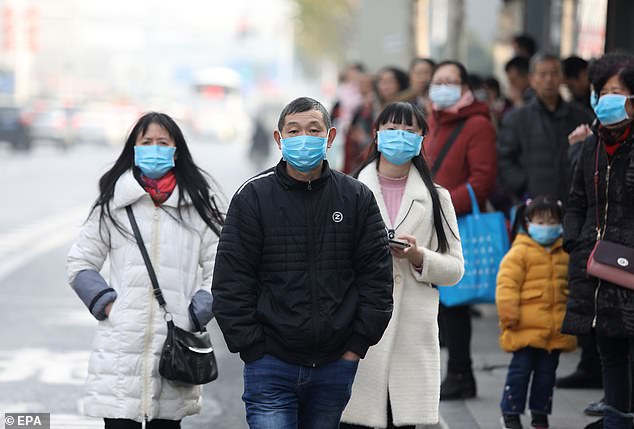 Chinese residents wear masks while waiting at a bus station near the closed Huanan Seafood Wholesale Market, which has been linked to the outbreak which started in December 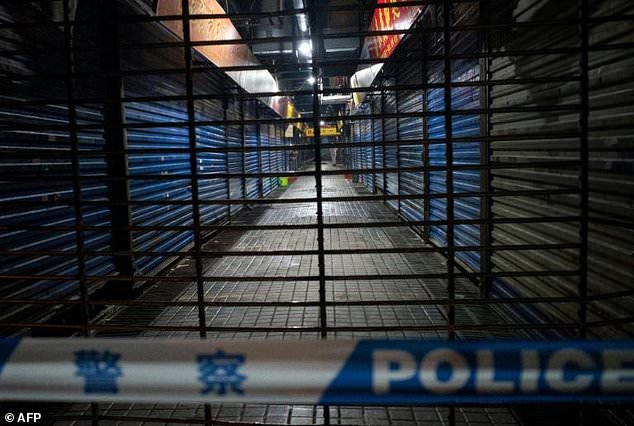 A seafood market is believed to be the centre of the outbreak in the city, but health officials have reported that some patients had no history of contact with the facility

It emerged last night that the disease had reached the US. A man in his 30s from Washington State, who had travelled back from Wuhan, was confirmed to be the first American case.

Patients have already been confirmed in Thailand, South Korea, Taiwan and Japan, and one man in Australia is being tested for the virus.

US President Donald Trump today said America ‘has a plan’ to contain the spread of the virus, which officials have confirmed can spread between humans.

But British experts who fear there could already be a case of the never-before-seen virus in the UK have warned screening in the UK ‘is not foolproof’.

WHAT IS THE NEW VIRUS COMING OUT OF CHINA?

An outbreak of pneumonia-like illnesses began in Wuhan, China, at the end of 2019.

Its symptoms are typically a fever, cough and trouble breathing, but some patients have developed pneumonia, a potentially life-threatening infection that causes inflammation of the small air sacs in the lungs.

Scientists in China recognized its similarity to two viruses that turned into global killers: SARS and MERS.

SARS, or severe acute respiratory syndrome is caused by the SARS coronavirus, known as SARS Co, and first emerged in China in 2002.

By the end of the outbreak, the virus had spread to several other Asian countries as well as the UK and Canada, killing 774.

MERS, or Middle East respirator syndrome originated in the region for which it’s named, ultimately killed 787 people and belongs to the same family of coronaviruses as SARS.

The new virus wasn’t a match for either of those two, but it did belong to the same coronavirus family.

Coronaviruses are a large family of pathogens, and most cause mild respiratory infections – i.e. the common cold.

But because the SARS and MERS proved deadly, the emergence of another new coronavirus has health officials on edge around the world.

Like its two dangerous cousins, the new coronavirus appears to have originated with animals – particularly seafood, chickens, bats, marmots – found at a Wuhan market that’s been identified as the epicenter of the outbreak.

The symptoms of SARS, which may be similar to those of the new coronavirus, include:

After these symptoms, the infection will begin to affect your lungs and airways (respiratory system), leading to additional symptoms, such as:

So far, there isn’t a treatment for the new virus or SARS, though the new virus has been sequenced, allowing for rapid diagnostics.