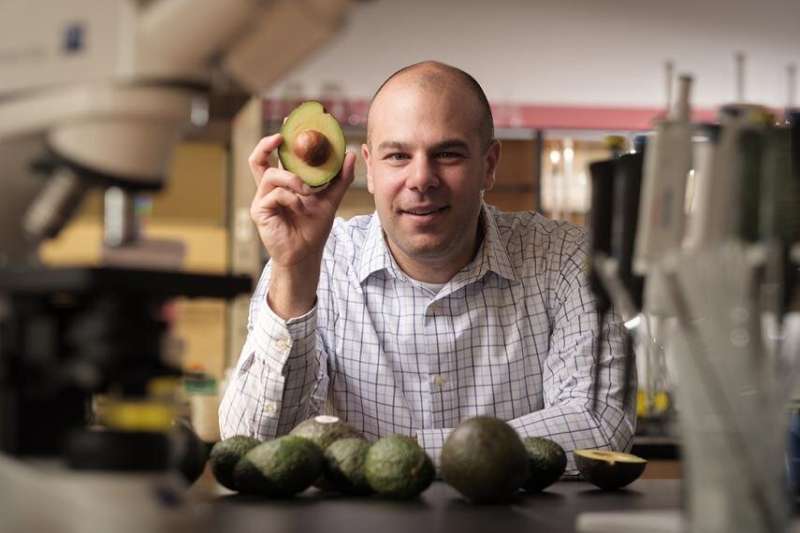 A compound in avocados may ultimately offer a route to better leukemia treatment, says a new University of Guelph study.

The compound targets an enzyme that scientists have identified for the first time as being critical to cancer cell growth, said Dr. Paul Spagnuolo, Department of Food Science.

Published recently in the journal Blood, the study focused on acute myeloid leukemia (AML), which is the most devastating form of leukemia. Most cases occur in people over age 65, and fewer than 10 per cent of patients survive five years after diagnosis.

Leukemia cells have higher amounts of an enzyme called VLCAD involved in their metabolism, said Spagnuolo.

“The cell relies on that pathway to survive,” he said, explaining that the compound is a likely candidate for drug therapy. “This is the first time VLCAD has been identified as a target in any cancer.”

His team screened nutraceutical compounds among numerous compounds, looking for any substance that might inhibit the enzyme. “Lo and behold, the best one was derived from avocado,” said Spagnuolo.

Earlier, his lab looked at avocatin B, a fat molecule found only in avocados, for potential use in preventing diabetes and managing obesity. Now he’s eager to see it used in leukemia patients.

“VLCAD can be a good marker to identify patients suitable for this type of therapy. It can also be a marker to measure the activity of the drug,” said Spagnuolo. “That sets the stage for eventual use of this molecule in human clinical trials.”

Currently, about half of patients over 65 diagnosed with AML enter palliative care. Others undergo chemotherapy, but drug treatments are toxic and can end up killing patients.

“There’s been a drive to find less toxic drugs that can be used.”