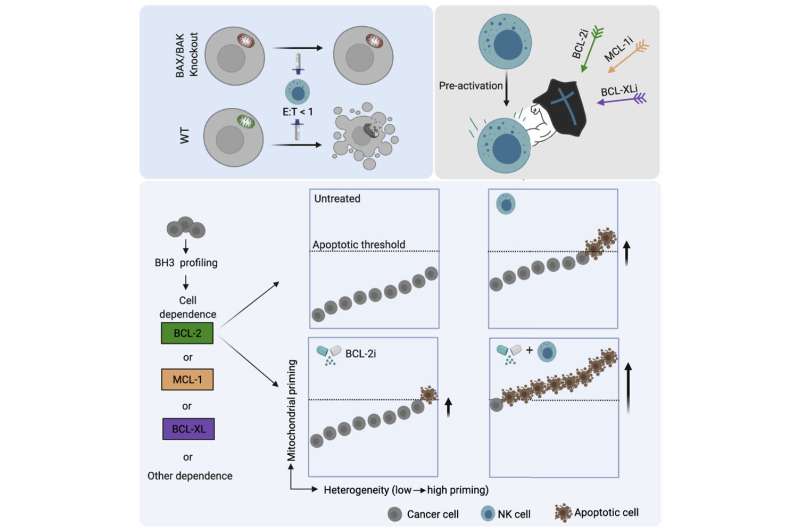 Natural killer (NK) cells have lately become a hot focus of efforts to develop new immunotherapies. Researchers led by Ludwig Harvard’s Tony Letai, whose team collaborated closely with the Ludwig Harvard Kai Wucherpfennig lab in this study, reported in an April issue of Cell a potentially novel approach to improving the efficacy of NK cell therapies.

The new strategy described by Letai and his team builds on their discovery that NK cell-induced apoptosis of cancer cells occurs through a signaling pathway that involves the mitochondria. This mechanism—”mtApoptosis”— depends on the balance of pro-apoptotic and anti-apoptotic proteins in the mitochondrion. Whether a cell destroys itself depends on which way that balance is tipped. The researchers showed that targeting by NK cells tips the balance in favor of pro-apoptotic proteins and so primes cancer cells for mtApoptosis.