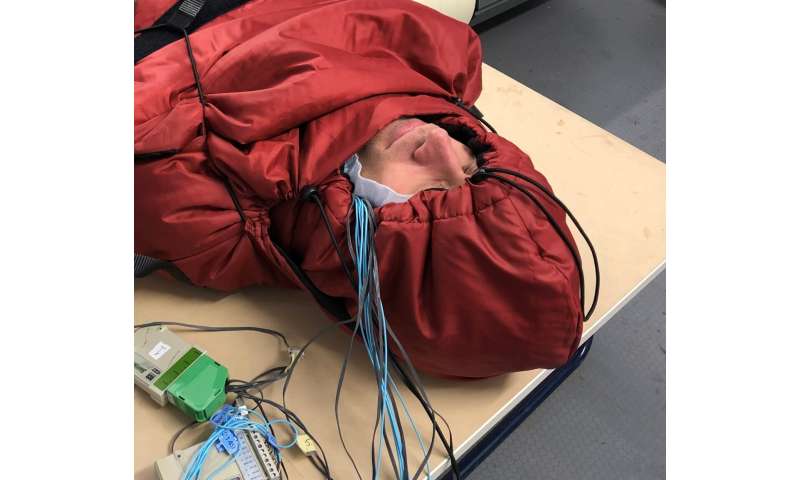 In cold conditions, it is very likely that the human body will develop hypothermia following an accident. Maintaining a patient’s body temperature on the way to hospital can be crucial to survival. The prototype of a new and improved solution is now ready.

There has been too little focus on mild and moderate forms of hypothermia following accidents, combined with a lack of suitable equipment. So says Consultant in Anaesthesiology and Chief of Helicopter Emergency Medical Service Øyvind Thomassen at Haukeland University Hospital, who also participates as a doctor during Sea King helicopter rescues.

“If we improve quality, we will be able to save more lives,” he says.

“Extreme hypothermia is nothing short of very life-threatening,” says Thomassen. “Especially if the patient is also suffering from bleeding wounds.” At a core temperatures of 35 degrees, patients will tend to bleed more, and the risk of mortality increases by 5% with every additional degree of cooling.

“If the patient is treated correctly and maintains his or her core temperature on arrival at hospital, there is a greater chance of a successful operation, a shorter stay in hospital, shorter rehabilitation and fewer long term health effects later on,” says Thomassen.

Researchers and clinicians working together

In recent years, clinicians from Haukeland and a team of SINTEF researchers have developed a new thermal insulation system as part of the research project Hypoterm 2.0, which is funded by the Research Council of Norway.

“In general, emergency rescue personnel are highly competent, but the patient is too often at the mercy of an individual team’s expertise and the equipment it uses,” says researcher Øystein Wiggen at SINTEF. “Currently, this may consist of a variety of products,” he says.

The product that the research team has developed is made up of many layers. On the inside against the patient’s body is a disposable, moisture-absorbent, layer. This acts as a vapor barrier and can easily be used to transport the patient out of the heated layer. Strategically located, active heating devices are deployed across the upper body while the outer layer consists of a thermal insulation bag that is designed to be easy to use and manufacture.

“We are skilled at treating patients with hypothermia, and SINTEF has been conducting research into the condition for 25 years, developing an expert research community in the process,” says Thomassen. “Together, we have obtained much of the expertise needed to identify and resolve challenges in the field of hypothermia,” he says. 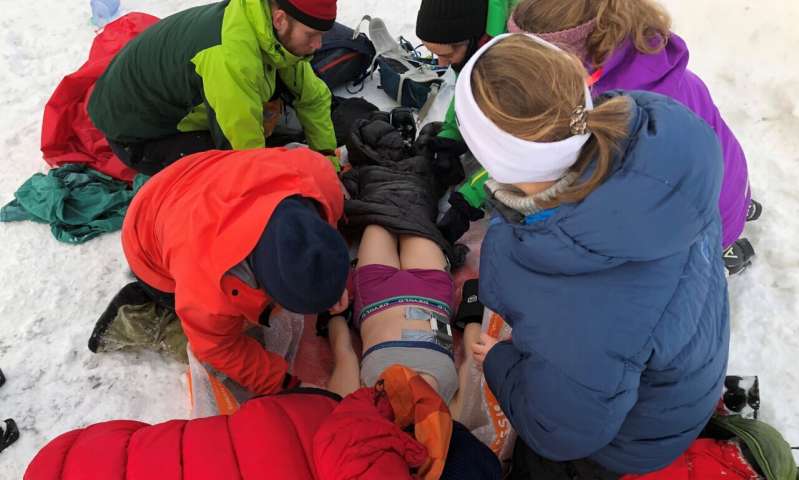 “The treatment system that we have developed will enable as many people as possible to use it so that more lives can be saved,” says Wiggen.

There is a great deal of variation in the equipment currently being used. “In general, emergency rescue personnel are highly competent, but the patient is too often at the mercy of an individual team’s expertise and the equipment it uses,” he says.

“Equipment is currently based on a variety of different products, everything from bivvy bags to sleeping bags and bubble wrap plastic. Our aim is to create a system that will satisfy all needs and make it easier for users to handle the equipment correctly,” says Wiggen.

The project is currently completing work on a prototype of the new thermal insulation system, which will soon be undergoing tests at SINTEF’s laboratory and by user groups out in the field.

Light and easy to use

The research team has focused on ensuring that the equipment is easy to use and is as compact and light as possible. At the same time, it is important that the product is not so expensive that people are prevented from using it.

“This has meant that we have had to make smart choices in terms of materials and the way in which we put them together,” says Wiggen.

The researchers have been in close dialog during the project with a variety of likely users, including rescue team personnel, air and road ambulance crews, paramedics, the Armed Forces, the Norwegian Society for Sea Rescue and volunteer emergency services organizations such as the Red Cross.

As well as end users, the research team has made use of Norwegian and international expertise in this field, and this has resulted in some valuable input concerning aspects such as weight, effective head insulation and factors that promote optimal functionality.

“It would have been easy to manufacture a very warm bag by increasing the thickness of the layers, but this would have made the equipment less compact and more difficult to carry,” says Wiggen. “It should be possible for Red Cross volunteers to carry it in their rucksacks,” he says.

Designed to enable rescuers to lift or drag

“The equipment is intended for repeated use. This will make it both more practical for end users and beneficial from an environmental perspective,” says Wiggen. “The outer material must have adequate insulation properties, and we have focused in particular on ensuring proper insulation for the head. It must also be easy to open the bag if necessary to gain access to the patient,” he says.