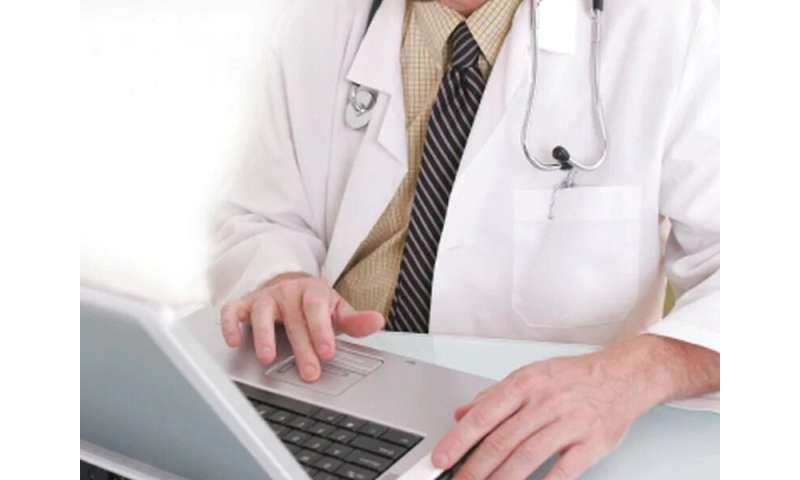 (HealthDay)—Telemedicine has exploded during the COVID-19 pandemic, with the United States on track to log more than 1 billion virtual doctor visits by the end of 2020, experts say.

But how important will telemedicine remain to U.S. health care after the pandemic becomes just a bad memory?

“The genie’s out of the bottle. We can’t go back,” Mehrotra said, noting that debate now centers around how much to pay for different types of telemedicine visits.

Mehrotra said the growth of telemedicine this year was “really remarkable,” particularly given that the practice of providing care via computer or telephone has been around for decades without much growth.

“In the course of the pandemic, the growth was just staggering,” Mehrotra said. “Changes we would have expected over a decade happened within a week or two.

“All of a sudden, it became something that went from being the future to being the reality of how a lot of Americans were getting care,” he added.

Telemedicine was new to Dr. Rujuta Saksena, a cancer doctor at Overlook Medical Center in Summit, N.J. She’d never before tried to work with patients over a video feed.

“I think what the COVID-19 pandemic did is essentially shoehorn us into this approach, both patients and health care providers alike,” Saksena said during the same HealthDay Live! interview.

Now, Saksena plans to continue using telemedicine going forward, particularly for elderly patients, patients with mobility problems or those who live farther away.

“It’s something I hope to continue using for follow-up visits, or for visits that include more of a consultation that’s verbal as opposed to a visit that’s centered on physical examination or diagnostics,” Saksena said.

Telemedicine does have downsides

While telemedicine has blossomed, its drawbacks also have become apparent during the pandemic, the experts said.

For one thing, doctors aren’t able to place hands on a patient and perform a traditional physical exam, Saksena said.

“We have to really summon our powers of observation when it comes to televisits, because we do not have the ability to perform a comprehensive physical examination,” Saksena said. “I do pay extra attention to my patients’ expressions, their nuances. I perhaps frame questions slightly differently.”

Mehrotra agreed, providing the example of a patient visiting an ear, nose and throat doctor. “If you have an ear pain, I can’t really look in the ear via telemedicine,” he said.

There also have been the usual technical bumbles of which anyone acquainted with a Zoom meeting is well aware, Mehrotra added.

“Doctors have had to do a lot of IT support,” Mehrotra said. “There’s always the technology thing—’I can’t hear you! You have to unmute!'”

There also has been some blowback from patients about being charged for phone consultations that used to be a courtesy, Mehrotra said.

“For many doctors, a lot of those telemedicine visits was an audio-only visit, which is a fancy way of saying a phone call,” Mehrotra said, noting that some patients didn’t take kindly to receiving a $100-plus bill for that call.

On the other hand, telemedicine visits have made health care more available to people who live far away, or parents with children, or other people with scheduling problems or physical limitations, the experts said.

It’s also possible to get around the lack of vital signs usually checked during a physical by making sure a patient is equipped with a thermometer, blood pressure cuff, blood oxygen meter and other home-based medical tools, Saksena said.

Online visits can include family

Finally, telemedicine visits can be more inclusive, with patients able to bring their loved ones with them on their virtual doctor’s appointment.

An oncology colleague of Mehrotra’s told him about one patient whose children accompanied her on one particular consultation.

“She was able to get the patient’s children on the same call in a way that previously wouldn’t have been possible with an in-person visit because they were scattered across the country,” Mehrotra recalled.

Mehrotra said the number of telemedicine visits have been declining since states started reopening and doctors started welcoming patients back to the clinic. He expects that going forward at least 7% to 8% of all visits will be remote, “which is a huge change for us from prior to the pandemic.”

Now, there are at least two major concerns going forward.

First, how should doctors be compensated for telemedicine visits? Policymakers are now debating this, Mehrotra said.

“We assess how much work is required for their time and their expertise, and there’s a dollar value applied to that,” Mehrotra said. “My instinct is that telemedicine visits moving forward will be paid less than an in-person visit” because there’s less overhead associated with remote care.