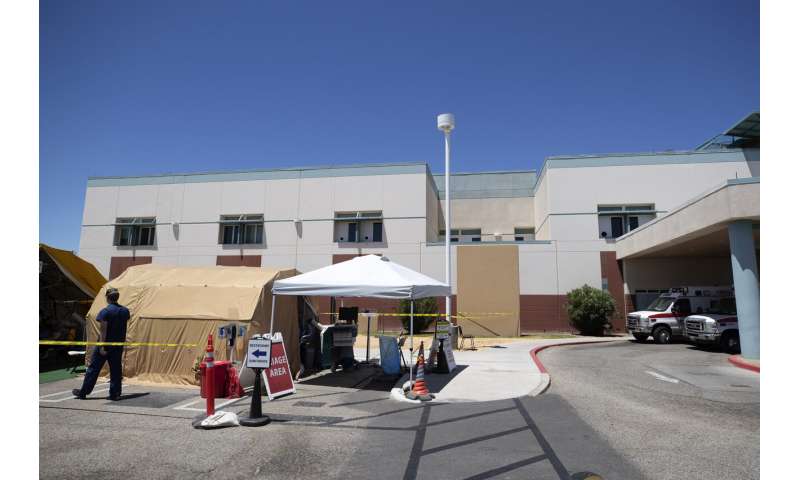 As much of California begins reopening businesses amid improved coronavirus conditions, a farming region on the state’s border with Mexico is experiencing a spike in hospitalizations that some believe is driven by American citizens who live in Mexico coming to the U.S. for care.

How quickly different parts of California reopen is driven by the ability by country officials to control the virus. So the surge in the Imperial Valley region could hurt its perpetually struggling economy, which is heavily intertwined with the large industrial city of Mexicali, Mexico.

The coronavirus caseload at the region’s only other hospital, Pioneer Memorial Hospital, rose to 28 on Monday from 19 two days earlier.

Caseloads eased by Wednesday but only after the El Centro hospital sent seven new patients to San Diego County for treatment and Pioneer transferred nine patients elsewhere in Southern California.

The spike is “coming to us from somewhere and we want to make sure that we don’t overwhelm either one of the hospitals and overwhelm the system with COVID patients to the point that we can’t take care of you,” said Dr. Adolphe Edward, El Centro Regional Medical Center’s chief executive officer, in a video posted on his hospital’s Facebook page. 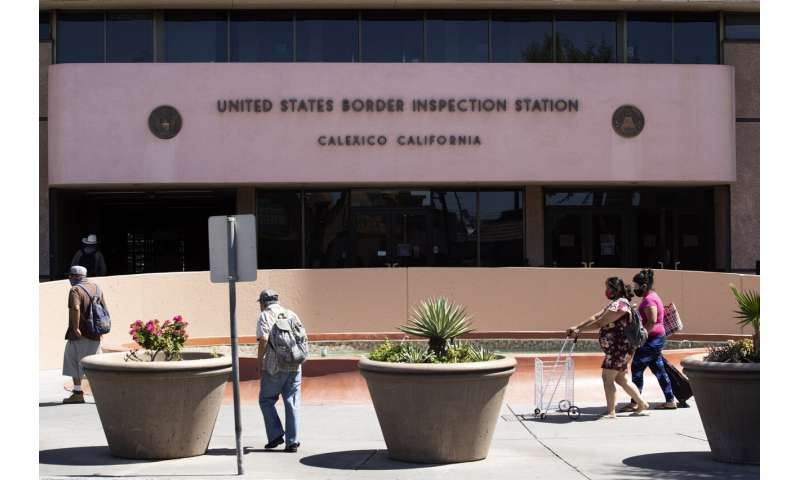 He believes U.S. citizens living on the Mexican side of the border are driving the increase, saying hospital staff have spoken with coronavirus patients who say they have addresses in Imperial Valley but live in Mexicali, where cases are spiking.

Three private hospitals in Mexicali have stopped accepting COVID-19 patients, so patients who show up in their emergency rooms are offered transportation to Mexicali’s public hospital for treatment.

Baja California state, which includes the state capital of Mexicali and its largest city, Tijuana, has one of the highest infection rates in Mexico. The state had reported 96 cases for every 100,000 people on Tuesday, up from 55 cases per 100,000 people two weeks earlier, and has registered more than 10 percent of Mexico’s 6,090 COVID-19 deaths.

California tells a different story. This week, Gov. Gavin Newsom cited improved conditions in the state as the reason for him relaxing health standards required for counties to more quickly reopen businesses and recreational activities. So far, 40 of the state’s 58 counties have met the conditions and received state approval to move ahead. More are in the pipeline. 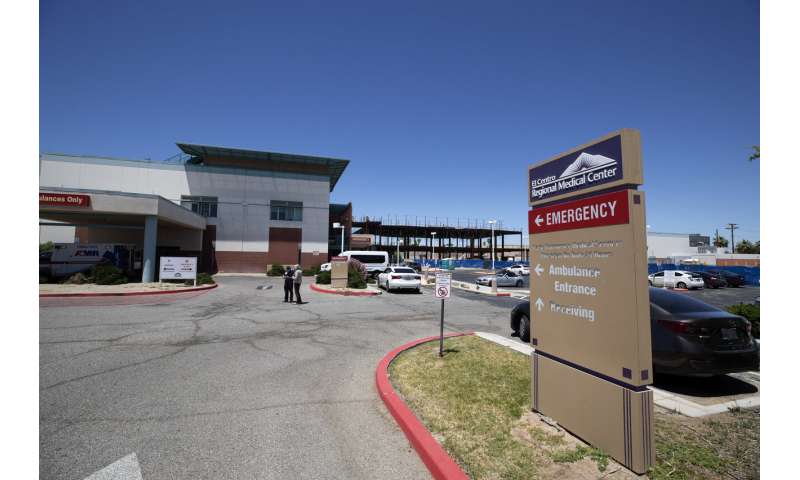 Imperial County is among a handful of counties, including Los Angeles, that can’t meet the requirements for controlling the virus. Imperial’s roughly 180,000 residents rank it 30th among the state’s counties for population but its 74 hospitalized virus patients on Wednesday made it the seventh-highest for those patients.

Over the last two weeks, virus deaths in Imperial County have doubled to 18, hospitalizations are up 30% and confirmed infections rose 61%, according to state data.

Larry Lewis, Pioneer hospital’s chief executive officer, said the spike may have been the result of Mother’s Day gatherings

“It’s a very difficult process to identify,” Lewis said. “There was a jump about two weeks after Easter. This is about 10 days after Mother’s Day and now we’re wondering what’s going to happen after Memorial Day.” 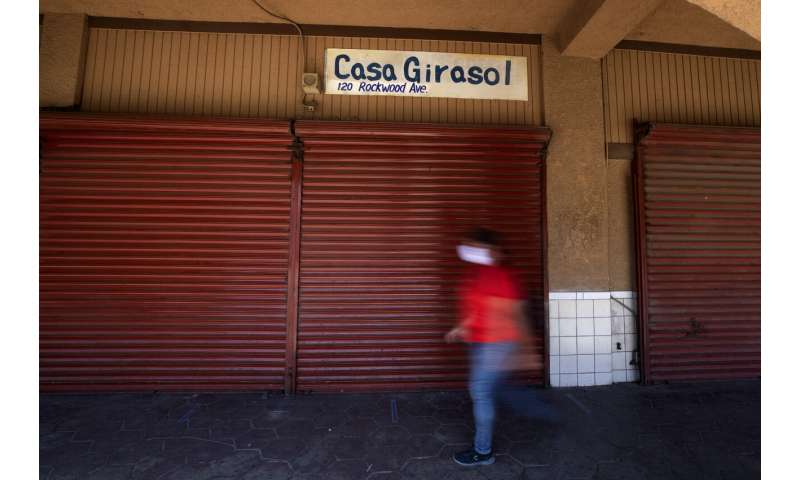 Very little happens in the Imperial Valley that isn’t influenced by Mexicali, a sprawling city of 1 million people with factories that churn out aerospace parts, medical devices and other products for export to the U.S.

Imperial County, one of California’s poorest, provides much of the lettuce, carrots and other vegetables for U.S. supermarkets during winter. Many workers who pick the crops come from Mexicali and begin standing in line at 2 a.m. daily to cross into the U.S. for their shifts.

The cross-border traffic is also driven by Mexican shoppers seeking cheaper goods or more variety, with cars with Mexican license plates often filling the Imperial Valley Mall parking lot. And many children in Mexicali commute daily to school on the U.S. side of the border in El Centro, population about 45,000, making it the region’s largest city.

“Our malls are here because of the Mexicali consumer, not Imperial Valley,” said El Centro Mayor Efrain Silva. “We are totally dependent on them.” 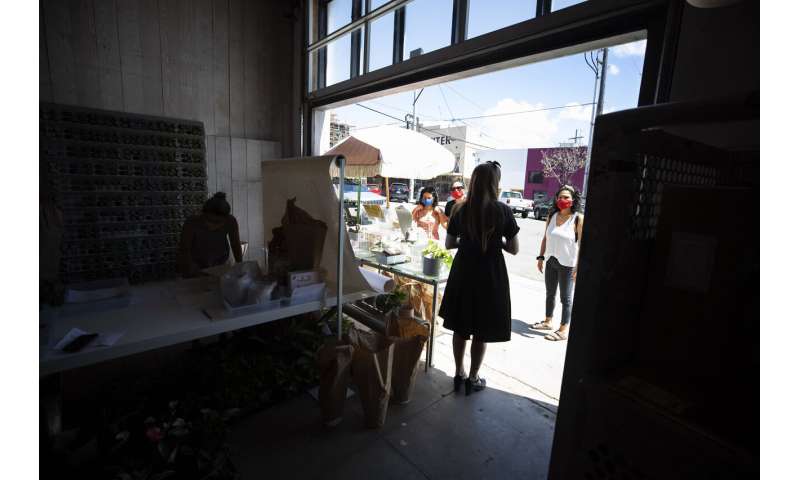 Even when Imperial County’s economy is relatively strong, it regularly posts one of the highest U.S. unemployment rates. It had the nation’s highest in March at 20.5%, a month only partially affected by the business closures and stay-at-home orders prompted by the pandemic.

The recent spike in virus cases means Imperial County will reopen more slowly than California counties with low COVID-19 numbers that now can allow shopping in stores and diners in restaurants, among other things. Imperial County’s grocery stores and pharmacies are currently open but restaurants are only allowed to have take-out or curbside service.

Silva said the region could potentially argue that its border with Mexicali merits consideration for more leniency under Newsom’s criteria to reopen the economy.

Authorities cannot prevent U.S. citizens who live south of the border from heading to Imperial Valley hospitals for treatment. 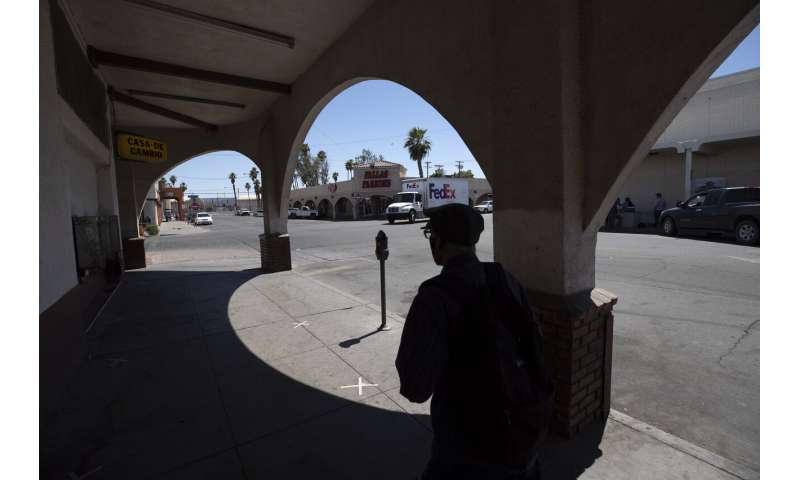 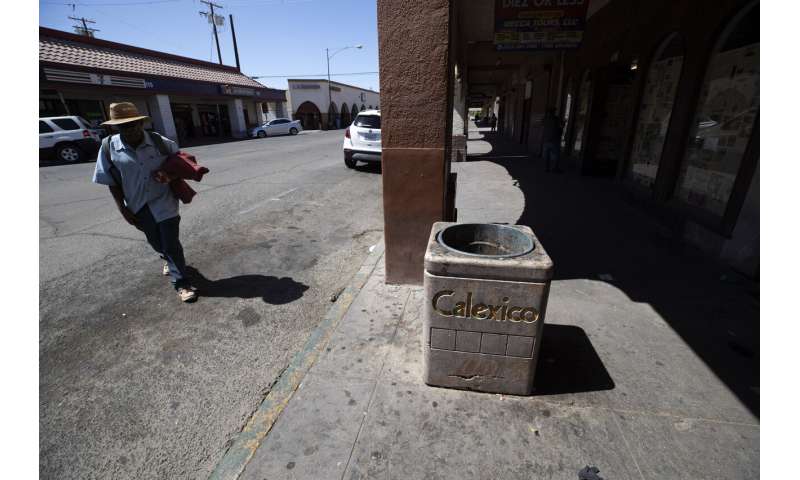