Severe acute respiratory syndrome coronavirus 2 (SARS-CoV-2) has spread throughout the world, creating the coronavirus disease 2019 (COVID-19) pandemic, which has posed a significant threat to public health and the global economy.

Several vaccines have been developed to counteract the pandemic, but SARS-CoV-2 variants of concern (VOCs) have been identified that have the potential to escape serum neutralization induced by the vaccines. 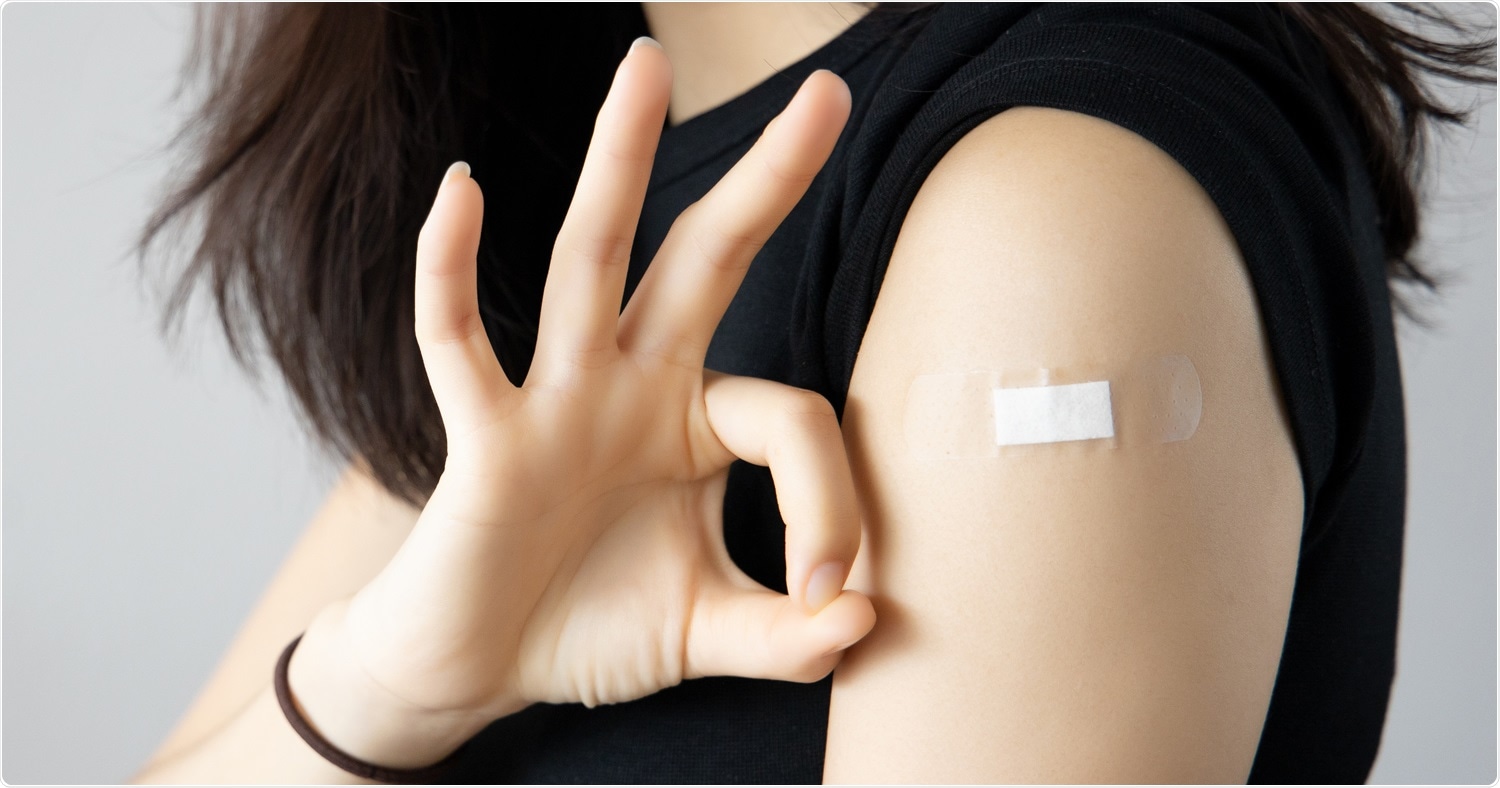 Study: Neutralising antibody titres as predictors of protection against SARS-CoV-2 variants and the impact of boosting: a meta-analysis. Image Credit: Shutterstock

Both vaccination and previous infection have been shown to provide a certain amount of protection against SARS-CoV-2 infection with essentially homologous virus. In some clinical trials, researchers have observed that the current vaccines may be less protective against symptomatic infection with some SARS-CoV-2 variants. There are also studies that show that antibody titers wane over time. Therefore, given the above observations, the critical question is regarding the extent to which current vaccines are likely to protect against emerging variants of concern.

In previous research, scientists have reported a correlation between titers of neutralizing antibodies and protection from SARS-CoV-2 infection. They have also derived a model for predicting vaccine efficacy from mean neutralization titers.

Researchers studied published data from 24 identified studies on in-vitro neutralization and clinical protection in order to understand the loss of efficacy against SARS-CoV-2 variants of concern. The results were integrated into existing statistical models relating in-vitro neutralization to protection. Data on boosting vaccine responses were analyzed, and a model was used to predict the effect of booster vaccination in protecting against SARS-CoV-2 variants.

Scientists observed that normalized neutralization titers remained highly correlated with protection against SARS-CoV-2 variants and the observed protection was consistent with the predictions of a previous model they had developed. 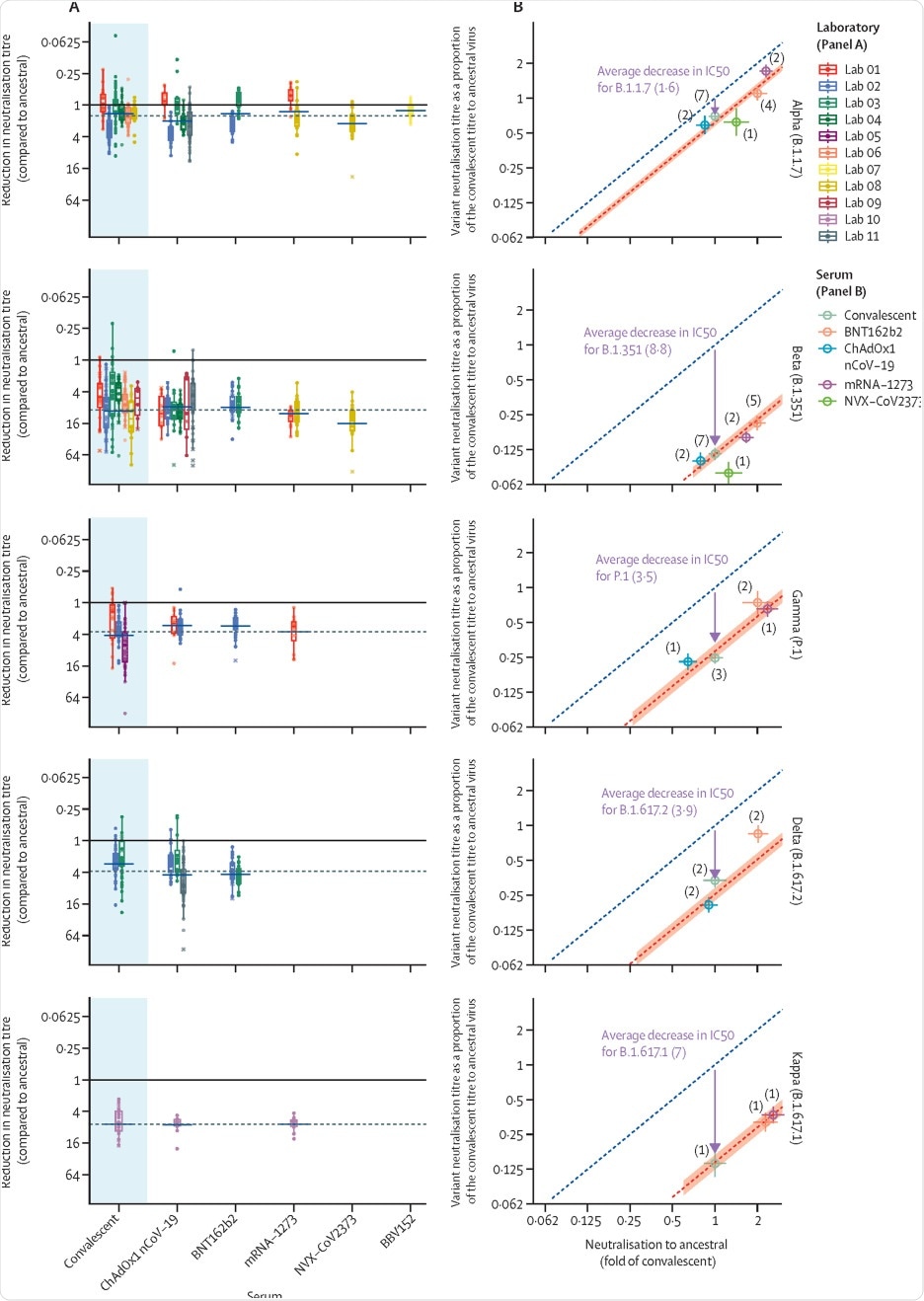 The model developed in this study should be useful for vaccine development. It provides predictive efficacy and also lower confidence bound on the efficacy against each variant. All reported vaccine efficacies were above this lower bound, and this is an important point to note.

The results suggest that the study design could have a role in the observed efficacy. Test-negative study designs have several potential confounders, and future research should investigate whether test-negative case-control studies overestimate vaccine efficacy.

The results also suggest that vaccine boosters could be essential to maintain protection of more than 50% against symptomatic SARS-CoV-2 infection. However, some questions remain unanswered.

The optimal timing of boosting is not clear and it is also unclear whether all vaccines will boost immunity to a similar extent (homologous or heterologous boosting). Further, the impact of boosting on efficacy is not clear. Lastly, there is the ethical consideration of providing a third vaccine dose to certain individuals, while a large section of the world is yet to receive the first.

Limitations of this Study

The neutralization data were sourced from different laboratories (most of which use different assays). It is challenging to aggregate such data, which is the main limitation of the current study. Further, only a handful of studies report data on vaccine efficacy against variants of concern, especially for severe clinical outcomes. Therefore, the models' predictions regarding vaccine efficacy against variants of concern have wide confidence intervals and are less precise. This is mainly caused by the uncertainty in the estimate of the mean neutralization titer for each vaccine. A standardized assay would significantly improve the comparability of results across different laboratories.

﻿The results presented in this study suggest that it is possible to achieve good protection against the current variants of concern by vaccination with existing vaccines. Researchers also found that boosting with available vaccines is probably an effective strategy to counter the waning of immunity over time. Thus, existing vaccines are a viable method for boosting immunity against the current variants of concern, but, in the future, novel vaccines targeting novel variants may be required if variants continue to emerge.

Priyom holds a Ph.D. in Plant Biology and Biotechnology from the University of Madras, India. She is an active researcher and an experienced science writer. Priyom has also co-authored several original research articles that have been published in reputed peer-reviewed journals. She is also an avid reader and an amateur photographer.