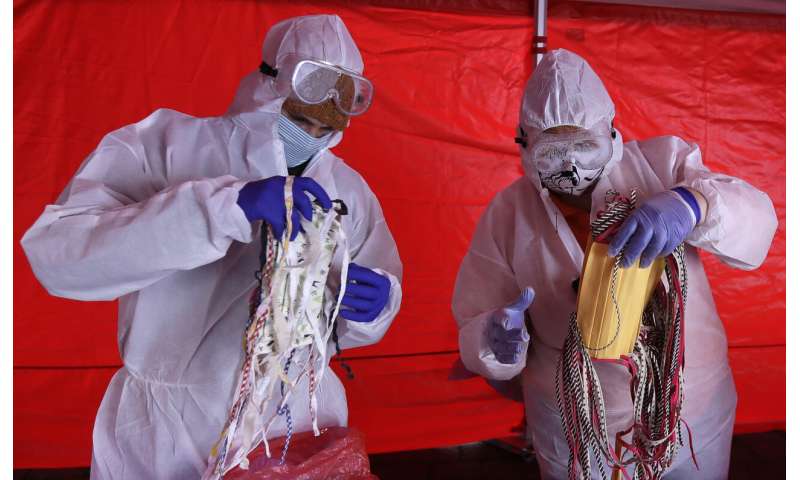 U.S. coronavirus infections surged to top the world amid warnings that the pandemic is accelerating in cities like New York, Chicago and Detroit, while a record $2.2 trillion emergency package neared final approval Friday by Congress to help millions of newly unemployed Americans and struggling companies.

The situation in countries with even more fragile health care systems grew more dire on Friday. Russia, Indonesia and South Africa all passed the 1,000-infection mark and South Africa began a three-week lockdown. India launched a massive program to help feed hungry day laborers after a lockdown of the country’s 1.3 billion people put them out of work.

In France, a 16-year-old student became the youngest person in the country to die from the virus. Her sister, Manon, spoke out in the French media, saying that Julie was hospitalized Monday after developing a “slight cough” last week, then died Tuesday at the Necker children’s hospital in Paris.

“We must stop believing that this only affects the elderly,” said Manon, who did not reveal her surname. “No one is invincible against this mutant virus.”

The U.S. now has more than 85,000 confirmed cases, and Italy was set to pass China’s 81,782 infections later Friday. The three countries account for 46% of the world’s nearly 540,000 infections and more than half of its acknowledged virus deaths. 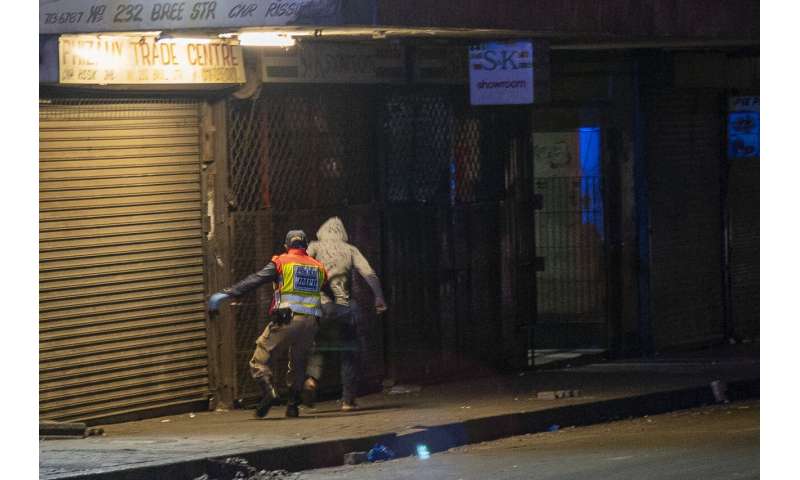 Analysts, however warned that all those infection figures could be low for reasons that varied in each nation.

Italian epidemiologists warn that the country’s numbers are likely much higher than reported—perhaps five times as higher—although two weeks into a nationwide lockdown the daily increase seems to be slowing, at least in northern Italy.

“It’s a horrible sensation, not being able to breathe,” said Fausto Russo, a 38-year-old fitness trainer who is one of 10,000 Italians whose infection has been cured. “Imagine putting your head under water.” 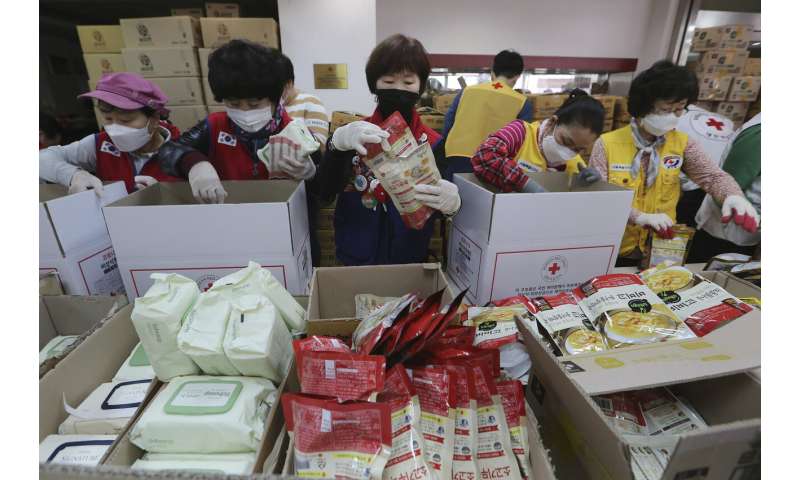 “Our emergency room was like a petri dish,” said Benny Mathew, a nurse at New York’s Montefiore Medical Center who heard Thursday he had COVID-19 and is now worried he may infect his wife and two daughters.

“I’m angry. We could have secured enough personal protective equipment months ago. It was happening in China since December,” he said. “But we thought it was never going to happen here.”

For most people, the coronavirus causes mild or moderate symptoms, such as fever and cough that clear up in two to three weeks. But for others, especially older adults and people with existing health problems, the virus can cause more severe illness, including pneumonia and death.

The worldwide death toll climbed to over 24,000, according to Johns Hopkins University but more than 124,000 people have recovered, about half in China. 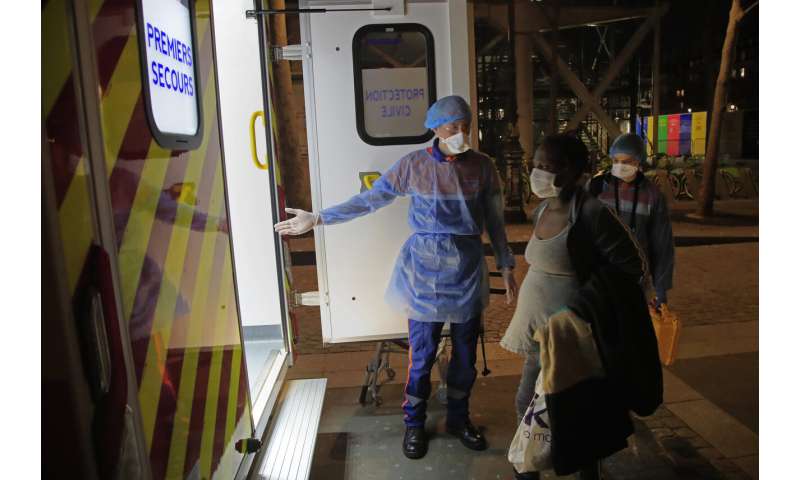 New York state, the epicenter of the U.S. outbreak., reported 100 more deaths in one day, accounting for almost 30% of the 1,300 fatalities nationwide. Gov. Andrew Cuomo said the number of deaths will increase soon as critically ill patients who have been on ventilators for days succumb.

“That is a situation where people just deteriorate over time,” Cuomo said.

The White House’s coronavirus response coordinator, Deborah Birx, said counties in the Midwest around Chicago and Detroit are seeing a rapid increase in cases.

Washington, D.C., confirmed 36 new cases, raising its total to 267. The district is under a state of emergency, its major attractions like the Smithsonian museums and National Zoo closed and White House and Capitol tours cancelled. Police have blocked off streets, bridges and traffic circles to prevent crowds from coming to see Washington’s blooming cherry blossom trees. 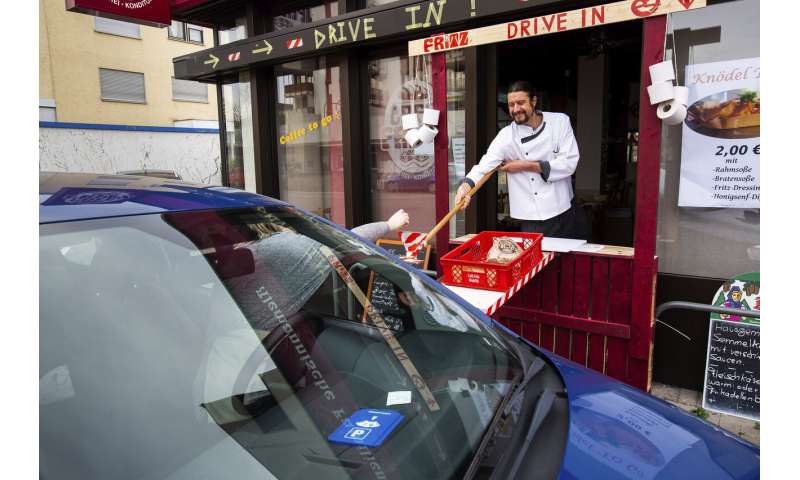 Russian authorities ramped up testing this week after widespread criticism of insufficient screening.

The stay-home order for India’s 1.3 billion people threw out of work the backbone of the nation’s economy—rickshaw drivers, fruit peddlers, cleaners and others who buy food with their daily earnings. The government announced a $22 billion stimulus to deliver monthly rations to 800 million people.

India’s massive train system was also halted to stop the spread of the virus but that might not work. Jobless workers are now attempting to walk hundreds of miles to their home villages from India’s major cities.

In China, where the virus was first believed to have started, the National Health Commission on Friday reported 55 new cases, 54 of them imported infections. Once again, there were no new cases reported in Wuhan, the provincial capital where the coronavirus first emerged in December. China is barring most foreigners from entering. 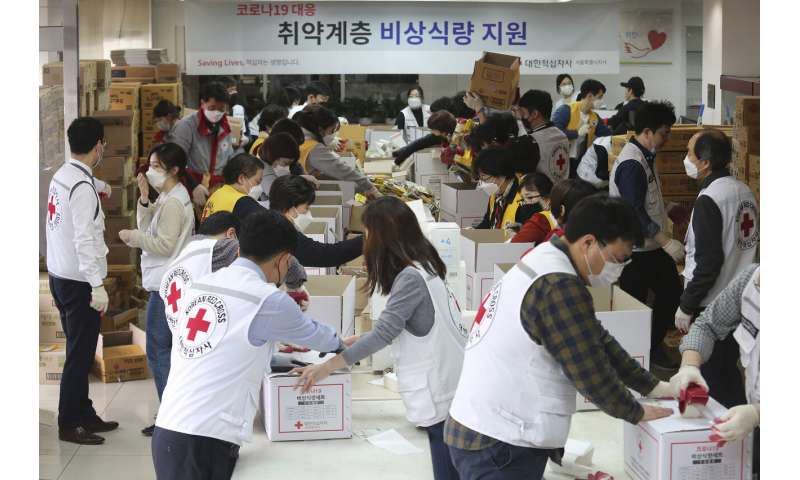 The two countries should “work together to boost cooperation in epidemic control and other fields, and develop a relationship of non-conflict, non-confrontation, mutual respect and win-win cooperation,” the official Xinhua News Agency reported.

The pandemic appears to have peaked in China, even while the government remains on guard against imported cases. Beijing is sending medical teams and equipment abroad, especially to Europe. But it has strongly protested U.S. Secretary of State Mike Pompeo’s repeated references to the outbreak as the “Wuhan Flu,” saying that promotes bias against China and Chinese Americans. 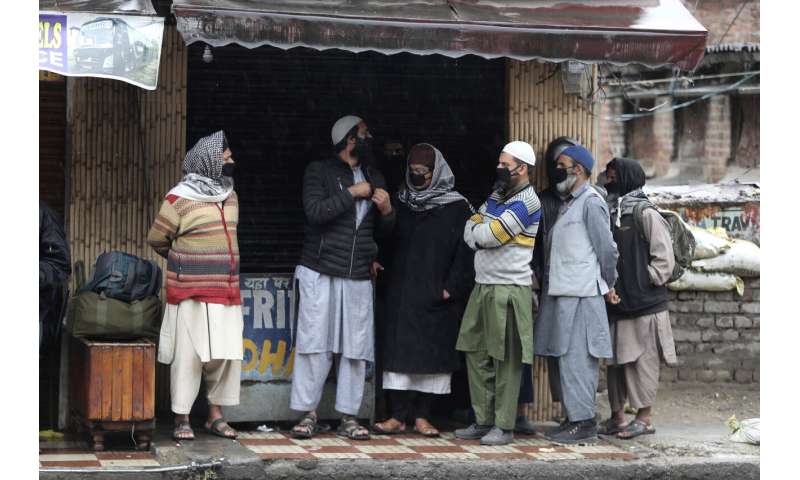 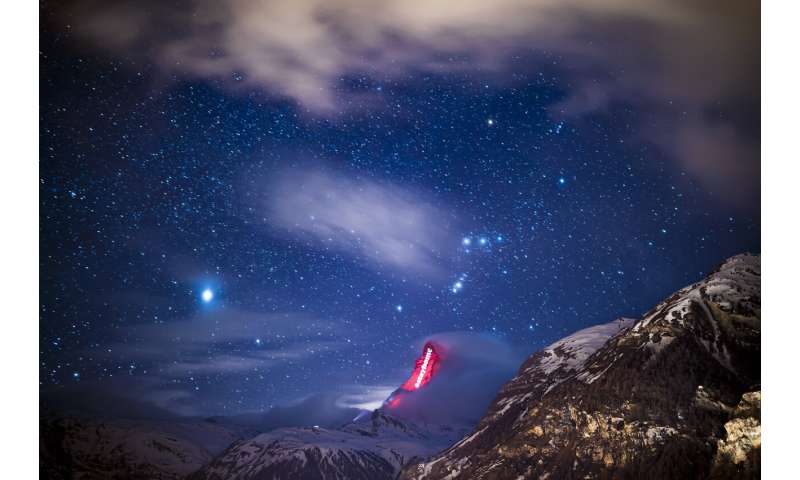 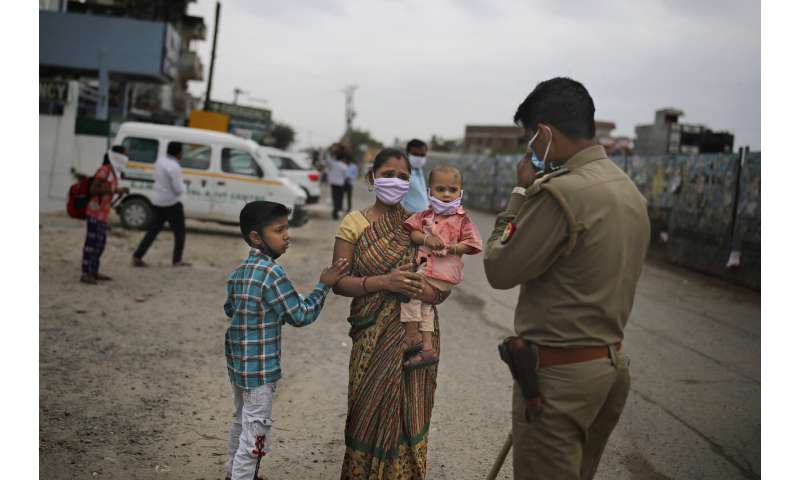 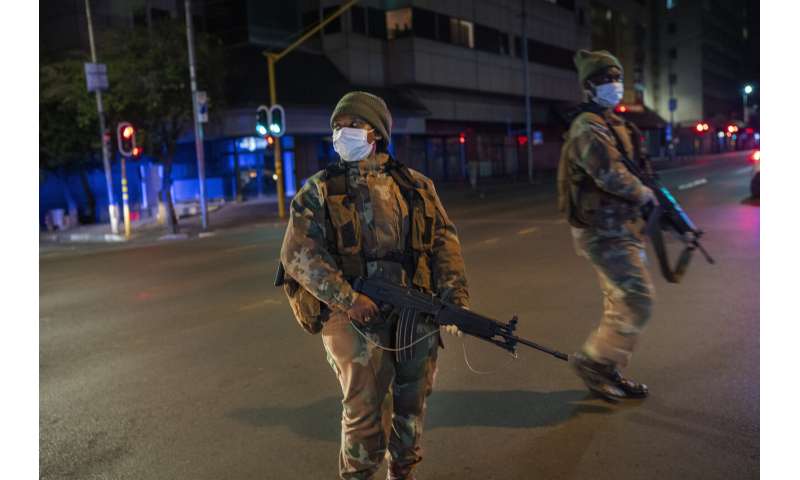 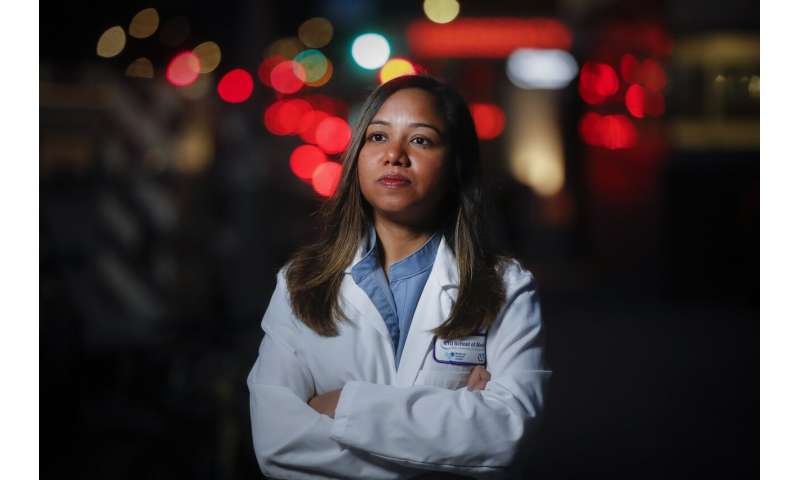 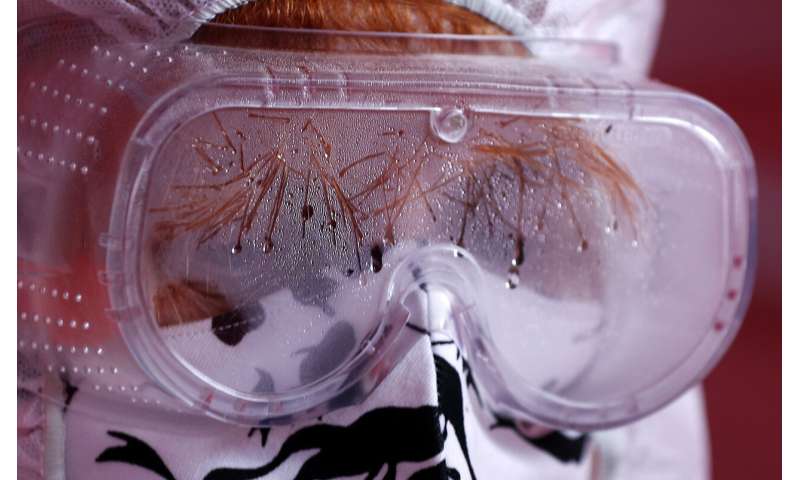 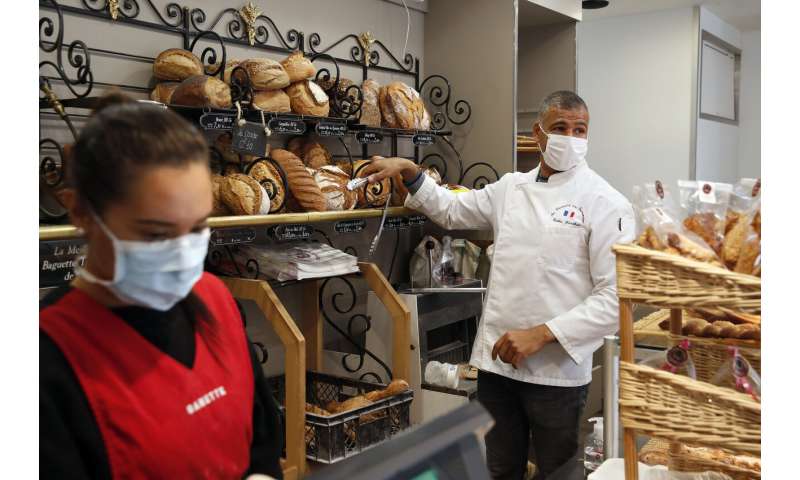 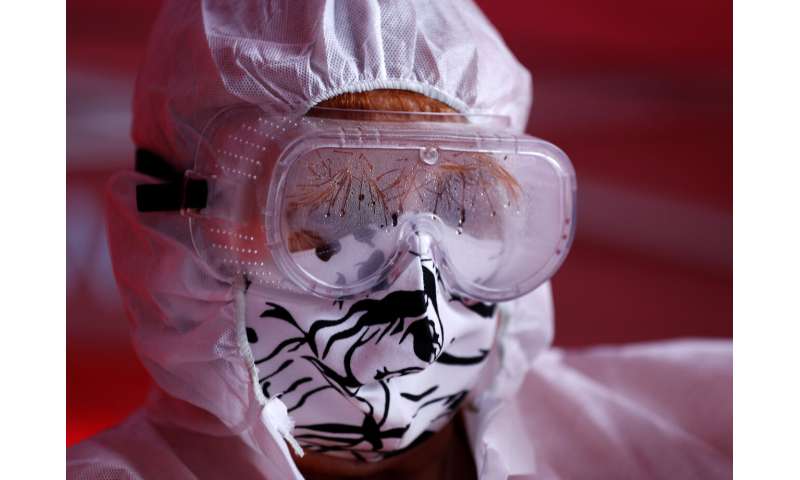 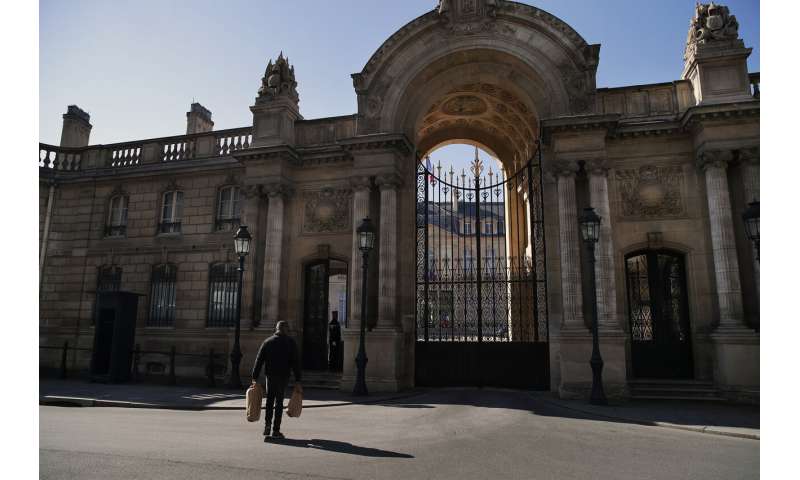 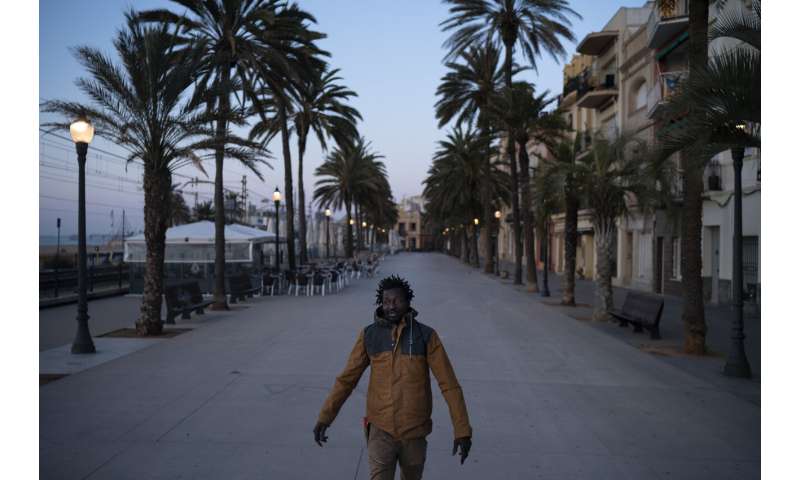 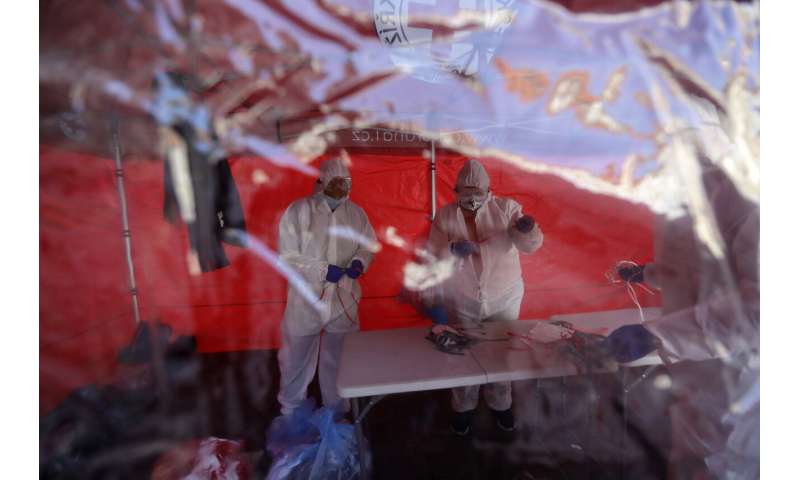 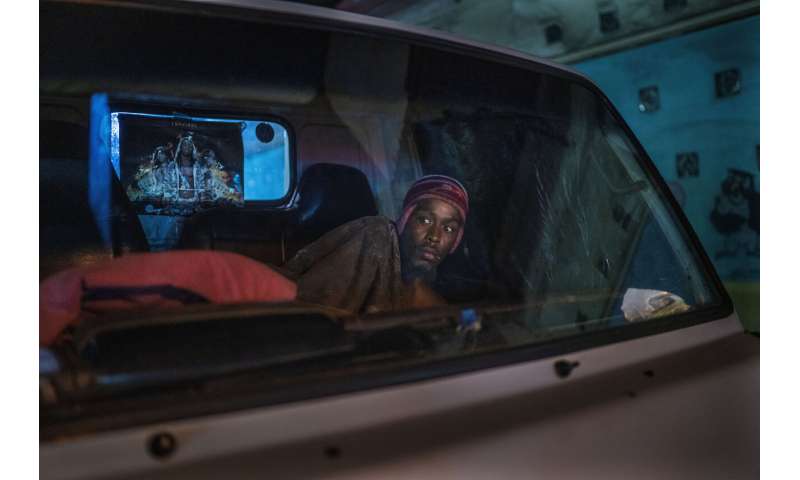 The economic damage of the pandemic was growing. Italy shut down most of its industry, and a record-shattering 3.3 million Americans applied for unemployment benefits last week—nearly five times the old record set in 1982. Companies in Europe are laying off workers at the fastest pace since 2009, according to surveys of business managers.