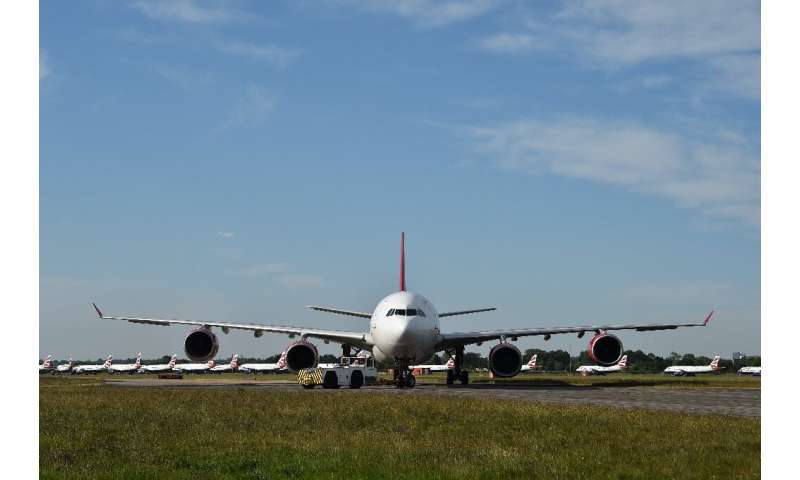 Britain confirmed Tuesday it was looking at establishing “air bridges” with countries with low rates of coronavirus, exempting them from controversial quarantine measures.

Under a plan announced last month to try to limit the spread of COVID-19, international arrivals from June 8 will be required to self-isolate for a fortnight.

Ireland is currently the only country with an exemption, and business leaders and airlines have condemned the blanket approach.

“These measures will be reviewed every few weeks,” said Transport Secretary Grant Shapps in a statement.

“And we are working with the transport industry to see how we can introduce agreements with other countries when safe to do so, so we can go abroad and tourists can come here.”

These “would remove self-isolation measures and safely open up routes to and from countries with low transmission rates”.

“Agreement would need to be made with individual countries before these measures take effect,” it added.

Lorry drivers, police officers, seasonal farm workers and healthcare professionals are already exempt from the quarantine plan, which will be initially reviewed after three weeks.

A group of firms, including The Ritz hotel and travel agent Kuoni, were among those demanding air bridges to low-risk countries.

Airlines including EasyJet and Virgin Atlantic also said they had “serious reservations” about a “blanket approach”.

Authorities in England will carry out spot checks on those self-isolating and breaches of the rules could be punished by a £1,000 ($1,250, 1,125-euro) fine or prosecution.