Type 2 diabetes develops when a person’s pancreas is not functioning properly. Namely, it does not produce enough insulin or the cells do not sufficiently respond to the insulin. Insulin is a hormone that regulates the amount of sugar in your bloodstream. When the scales are tipped in blood sugar’s favour, it can inflict untold damage on the body.

Ideally, you would be alerted to this process in advance, but type 2 diabetes does not produce any symptoms in the initial stages.

Unless it is detected during a test for another condition, most people may not know they have it until blood sugar levels start giving rise to more unsettling symptoms.

One warning sign is laboured breathing (called kussmaul breathing) or hyperventilation, according to Diabetes.co.uk.

This is a common feature of diabetic ketoacidosis – a dangerous complication faced by people with diabetes which happens when the body starts running out of insulin. 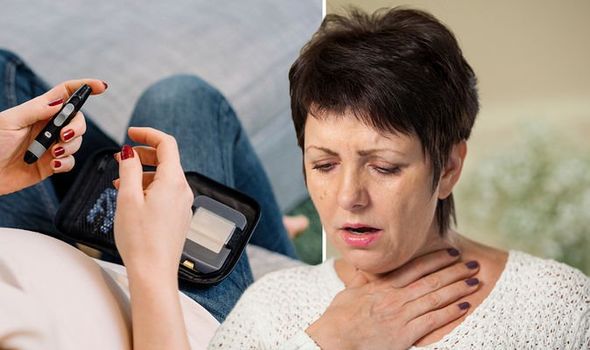 As Diabetes.co.uk explains, diabetic ketoacidosis occurs when the body has insufficient insulin to allow enough glucose to enter cells, and so the body switches to burning fatty acids and producing acidic ketone bodies – byproducts of the breakdown of fatty acids.

How to lower blood sugar levels

There are two main components to blood sugar control – a healthy diet and keeping active.

DON’T MISS
Hair loss treatment: An oil which reduces inflammation and promotes hair growth [TIPS]
Type 2 diabetes symptoms: The warning sign that can be found in a person’s hair [INSIGHT]
High cholesterol: Warning sign of the dangerous condition found in your hands [INSIGHT]

The dietary decisions you make are critical because certain food groups can send your blood sugar levels soaring.

The NHS says you can eat a wide range of foods – including fruit, vegetables and some starchy foods like pasta.

Other health bodies recommend restricting your intake of starchy foods, however, because they tend to be high in carbohydrates.

Carbohydrate is broken down into glucose relatively quickly and therefore has a more pronounced effect on blood sugar levels than either fat or protein. 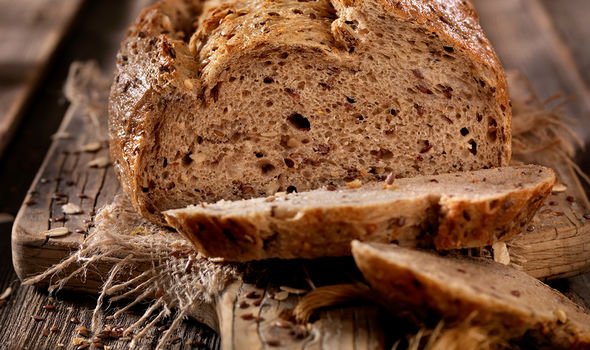 Conversely, some food groups have been shown to lower blood sugar.

In people with diabetes, fibre — particularly soluble fibre — can slow the absorption of sugar and help improve blood sugar levels, according to Mayo Clinic.

The other crucial component is engaging in regular exercise, which brings both direct and indirect benefits. 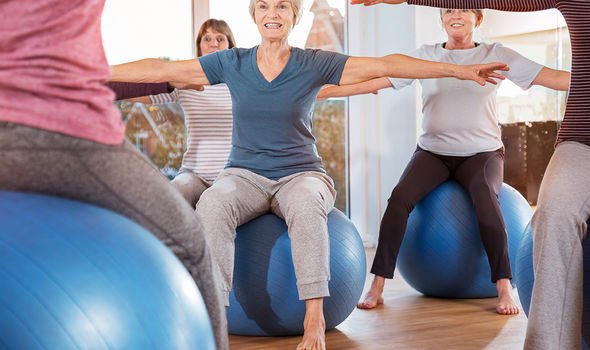 As Diabetes UK explains, exercise can improve your cells ability to respond to insulin.

It can also help you to lose weight, which stabilises your blood levels.

According to the NHS, you should aim for 2.5 hours of activity a week.

“You can be active anywhere as long as what you’re doing gets you out of breath,” it says.