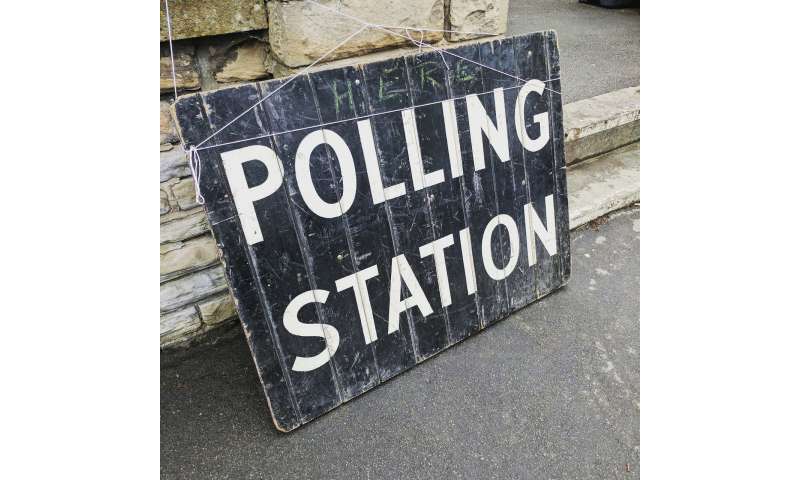 In the aftermath of President Trump’s election, there were many media reports of so-called “Trump Depression” among liberal Americans. However, according to a new study by Ben-Gurion University of the Negev (BGU) researchers, his election did not cause a wave of long-term depression.

“The main question we wanted to answer is, can a political loss, a symbolic loss, cause depression?,” says Almog Simchon, a Ph.D. student at the BGU Symbolic Cognition and Interaction Lab in the Department of Psychology. “If any loss could cause that, we figured that it would be Hillary Clinton’s devastating defeat.”

The researchers first conducted an initial survey of 507 self-identified Republicans and Democrats, which specifically mentioned the election. They found that Democrats reported feeling more depressive symptoms after rather than before the election. Republicans, on the other hand, reported experiencing less depression after the election than before.

However, the researchers wanted to determine whether the election cue was influencing their responses, so they conducted a second survey of 481 Republicans and Democrats. Without mentioning the election, they asked participants to respond to the depression questionnaire focusing on the years 2015-2018. They found no difference between Republican and Democratic participants when using this methodology.

The researchers are not suggesting that liberals were dishonest when they initially said that the results of the election made them depressed. “Emotions are complex, and different methods tell different parts of the story; this is why we took a multimethod approach and examined the reaction to the election using several additional methods,” says Simchon.

To avoid some of the issues of self-reported data on which the surveys were based, the researchers also examined four objective measures that can predict depression. They analyzed 10.5 million Tweets using a machine learning-based model and found that signs of increased depression among liberals lasted only several days after the election.

They also analyzed depression-related search behavior on Google, examined the proportion of antidepressant consumption in Medicaid data, and analyzed daily surveys of hundreds of thousands of Americans. Across all of these analyses, the same picture emerged—the results of the election did not give rise to an immediate spike in depression rates among Democrats.

“Broadly speaking, our data suggest that America did not get more depressed because of Trump, at least in the first year after his election,” says Prof. Michael Gilead, who heads the BGU Symbolic Cognition and Interaction Lab in the Department of Psychology.

While the study examined large-scale trends, the findings do not eliminate the notion that after Trump’s victory pockets of U.S groups experienced an increase in depression. “Findings [in studies from other researchers] show that psychological distress among people of color and other marginalized groups may have increased as a result of the Trump presidency,” Gilead says. “Our analyses focused on the differences between Democrats and Republicans; but there may be more to this interpretation. The results do not mean that many Democrats didn’t feel anger, sadness and hopelessness in the aftermath of the election; however, I think that the results do suggest that our public discourse should be more cautious of pathologizing normal psychological reactions.”