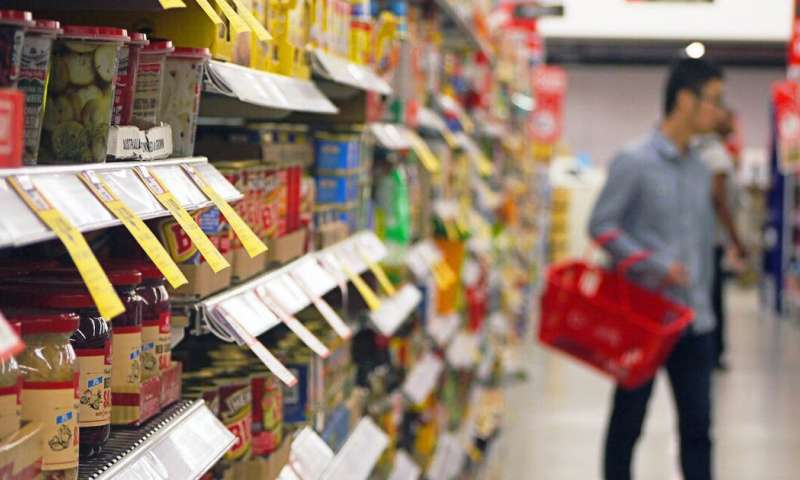 Supermarkets like to portray themselves as having the health of the community at heart. And in the middle of a pandemic, we’re all grateful supermarkets are still open and, for the most part, the shelves are well stocked.

But our new report, published today, finds our supermarkets are overwhelmingly pushing junk foods on us rather than healthy foods.

They have more promotional displays and more special offers for the least healthy food options, and they tempt us to buy unhealthy products at checkouts.

For our report, we surveyed more than 100 Coles, Woolworths, Aldi and independent stores in Australia.

In each store, we measured the shelf space allocated to different foods and how they are promoted at checkouts and end-of-aisle displays. We also looked at discounts on healthy compared with unhealthy items.

We categorized the healthiness of food and drinks based on the Australian Dietary Guidelines, which classify foods as “five food groups” foods (healthy) and “discretionary” foods (unhealthy).

We analyzed the findings by supermarket chain and by the level of disadvantage of the area in which each store was located.

Promotion of unhealthy food and drinks at checkouts

The food and drinks on special at checkouts was also 7.5 times more likely to be unhealthy than healthy.

These results show how checkout displays encourage impulse buys of unhealthy snacks. This is in stark contrast to displays near the entrance of most stores, where fresh fruit and vegetables feature prominently.

Unhealthy food is promoted all over the store

The displays at the end of aisles, particularly those in high-traffic areas nearest the front of the store, are where supermarkets put their biggest promotions.

Our survey found that of all end-of-aisle displays with food and drinks, 80% had at least one type of unhealthy item. In Coles, Woolworths and independent supermarkets, there was twice as much unhealthy food as healthy food on display.

Around two-thirds of all specials on food and drinks were for unhealthy items.

It matters where you shop

On the measures we looked at there was little difference between Coles and Woolworths. 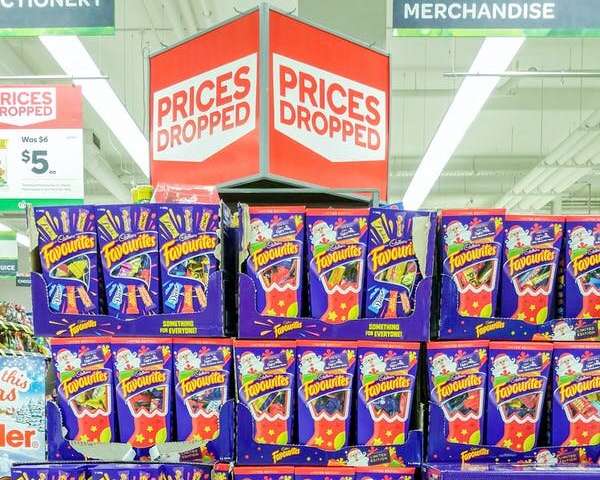 But Aldi stores were quite different. They had fewer promotional displays and discounts overall. This means unhealthy food is not being pushed on Aldi shoppers in the same way it is at the other major chains.

Independent stores varied widely. On average, they were no better than Coles or Woolworths.

But the two healthiest stores in our study were both independent stores with abundant fresh food, and few promotional displays for unhealthy food and drinks. This tells us a healthier supermarket environment is possible.

It also matters where you live

Critically, this was more pronounced in stores located in more disadvantaged areas.

People living with socioeconomic disadvantage have higher rates of diet-related diseases and are less likely to eat healthy, nutritious food. They are also more likely to over-consume unhealthy food.

The extent to which unhealthy food is pushed at us shouldn’t depend on the suburb in which we live. 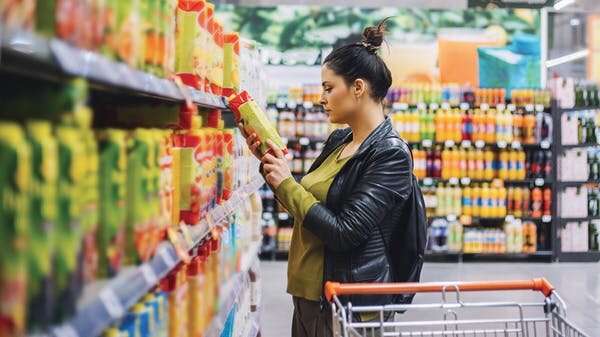 The COVID-19 pandemic has highlighted the importance of supermarkets in our daily lives.

But when the pandemic is finally over, we will still have an expensive national health problem resulting from our unhealthy diets and high levels of obesity.

Supermarkets can be part of the solution to that problem. They can help all Australians move towards healthier, more nutritious diets.

Some improvements could include: