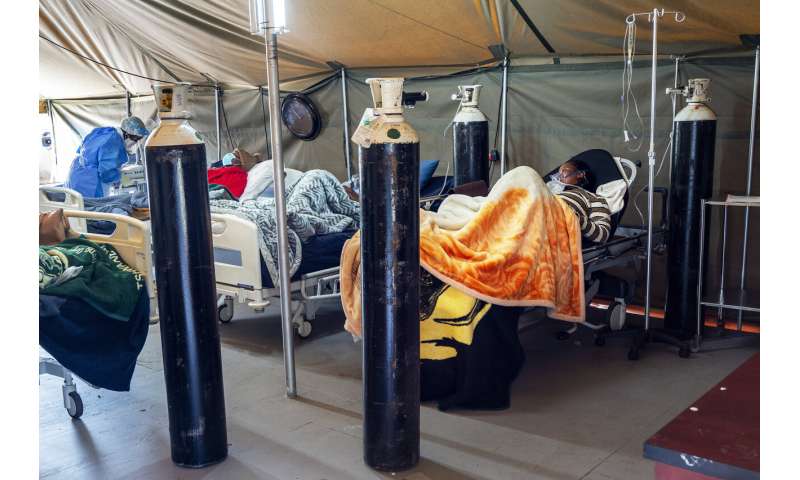 South Africa, with a population of about 58 million, has the fifth-highest number of cases in the world, behind the U.S., Brazil, Russia and India, all countries with significantly higher populations, according was the first epicenter and reached its peak last month, according to health experts.

South Africa will have multiple peaks across the country, each challenging its different provincial health care systems, said Chopera, executive manager of the Sub-Saharan African Network for TB/HIV Research Excellence.

“The Western Cape had the first peak and did relatively well. Gauteng is the epicenter now and appears to be coping so far,” he said. “Other provinces, like the Eastern Cape and KwaZulu-Natal, do not have reputations for well-organized health care systems. They may have serious problems.”

South Africa imposed a strict lockdown in April and May that succeeded in slowing the spread of the virus but caused such economic damage that the country began a gradual reopening in June.

South Africa was already in recession before the coronavirus hit and its unemployment stands at 30%. President Cyril Ramaphosa’s government has extended grants to the country’s poorest, increased supplies to hospitals and recently accepted a $4.3 billion loan from the International Monetary Fund.

Corruption in the country’s pandemic response is a growing problem. On Thursday the top health official in Gauteng province was forced to step down over corruption allegations related to government contracts for COVID-19 personal protective equipment.