Why you shouldn’t take paracetamol before having a heartfelt conversation with loved ones: Researchers warn the common painkiller blocks your ability to feel empathy

Avoid taking paracetamol before heartfelt conversations with loved ones because it blocks your ability to feel empathy for them, scientists warn.

The world’s most popular painkiller, taken by millions every day, blunts physical pain by reducing the flow of chemicals that make nerve endings sensitive.

But research suggests these chemicals circulate in brain regions that also control empathy and compassion. 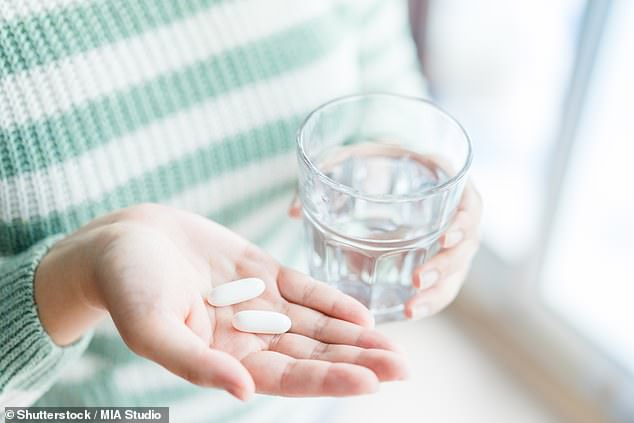 Avoid taking paracetamol before heartfelt conversations with loved ones because it blocks your ability to feel empathy for them, scientists warn (stock)

He said the public should be more aware of their sinister side-effect so they can use ‘common sense’ to decide when to take them.

Mr Mischkowski told the BBC: ‘Just like we should be aware that you shouldn’t get in front of the wheel if you’re under the influence of alcohol, you don’t want to take paracetamol and then put yourself into a situation that requires you to be emotionally responsive – like having a serious conversation with a partner or co-worker.

Scientists found a link between expectant mothers using the painkiller and their youngsters being hyperactive and having emotional issues.

Paracetamol is the only painkiller deemed safe to take during pregnancy.

But a growing body of research suggests it could damage the development of children in the womb, with studies linking it with asthma, infertility and autism.

In the latest research, carried out by the University of Bristol, scientists examined data from 14,000 children between the ages of six months and 11 years.

Using questionnaire and school information from Bristol’s ‘Children of the 90s’ study, the researchers analysed the results of the youngsters’ memory, IQ, temperament and behaviour tests.

This was compared with data showing how frequently their mothers had taken paracetamol between 18 and 32 weeks of pregnancy.

The study found a ‘causal link’ between taking paracetamol and behavioural issues in children including hyperactivity and attention-deficit disorder.

The effects were strongest when the children were three years old, but had subsided when the youngsters finished primary school.

‘And we really don’t understand the effects of these medications in the broader context.

‘There is a remarkable gap in the research actually, when it comes to the effects of medication on personality and behaviour… We don’t understand how they influence human behaviour.’

MRI scans have shown activity ramps up in certain brain areas when experiencing ‘positive empathy’ – pleasure on other people’s behalf – and when we’re in pain.

Mr Mischkowski investigated the behavioral effect of paracetamol earlier this year in a study of 114 students from Ohio University.

Volunteers were split into two groups, with one half receiving a 1,000mg dose of paracetamol – two large tablets – while the other was given a placebo.

After an hour they then read scenarios about uplifting experiences that had happened to other people.

One example was the good fortune of ‘Alex’, who finally secured a date with his crush after plucking up the courage to ask her out.

Participants rated how much pleasure they themselves were experiencing while reading the scenarios, and how much empathy they had for people in them.

While the study did not look at negative empathy – when people feel pain for others – Mr Mischkowski said the principles were the same.

He described his research earlier this year as the ‘most worrisome that he’s ever conducted’.

The researcher admits the drug is not constantly hijacking people’s personalities, because the effects only last a few hours.

But he stressed the public should be more aware of its effects on behaviour so they can use it ‘with common sense’.