Sandi Toksvig, 62, is best known for presenting the TV show QI, as well as co-hosting The Great British Bake Off for three years. But the broadcaster and producer has previously expressed her fear of having a heart attack.

Sandi started her television career by presenting No 73, an ITV children’s series.

She soon broke onto the comedy circuit, and appeared as panelists on QI, Have I Got News For You, and Mock The Week.

In 2016, she took over from Stephen Fry with presenting duties on QI.

She still has the role today, despite a three-year stint presenting The Great British Bake Off, when the show moved to Channel 4 in 2017. 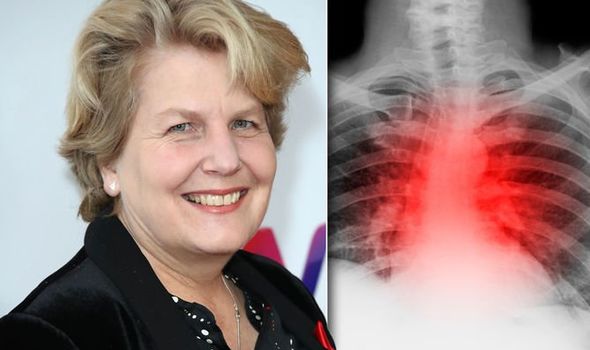 Despite her incredibly successful career in television, Sandi has revealed that she previously worried about having a heart attack.

She explained that she’s never worried about how she appears to everyone else, but she wants to make sure that she’s around for her children.

She has a family history of heart attacks, and feared that she was going to die.

“I was never interested in how I look. The number one thing in my whole life is my children and I want to be there for them,” Sandi told Good House Keeping.

“My dad died of a massive heart attack when he was 59, as he didn’t look after himself.

“My brother had a heart attack [a few years] ago… and you start thinking. 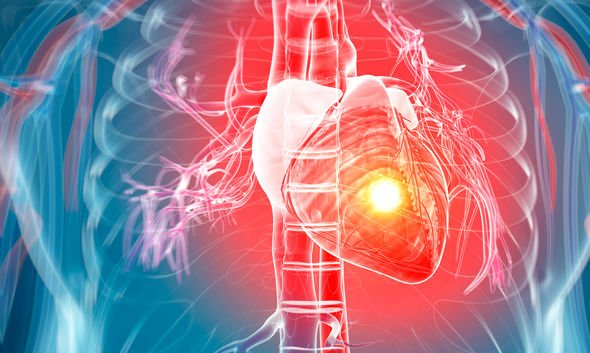 A heart attack is a serious medical emergency that requires immediate attention from a doctor.

It’s caused by a lack of blood reaching the heart, which subsequently damages the heart itself.

The condition can be life-threatening, which is why it’s absolutely crucial that you seek medical attention if you’re worried that you’re having a heart attack.

One of the earliest warning signs of a heart attack is unexplained chest pain, said the NHS.

The pain may feel like the chest is being pressed or squeezed.

Some patients find that this pain radiates outwards towards their arms.

Shortness of breath, anxiety, and feeling unusually lightheaded could also be signs of a heart attack.

More than 100,000 people are admitted to hospital each year after having a heart attack.