Heart attacks are extremely scary and potentially fatal health conditions. A heart attack occurs when the supply of blood is blocked with potentially fatal results. Knowing how to spot the early signs could be a matter of life or death and there are two lesser-known warnings which lies in a person’s hair. What are they?

A new study presented in Europe at EuroPrevent 2017 found that a high amount of grey hair is a risk factor for a silent heart attack.

A total of 545 adult men without known heart disease had a CT angiogram of their heart arteries, a very accurate way to identify silent problems.

It was found that having equal amounts of grey and dark hair, or mainly grey and white hair, correlated with finding silent heart blockages.

The researchers commented that “atherosclerosis and hair greying occur through similar biological pathways.” 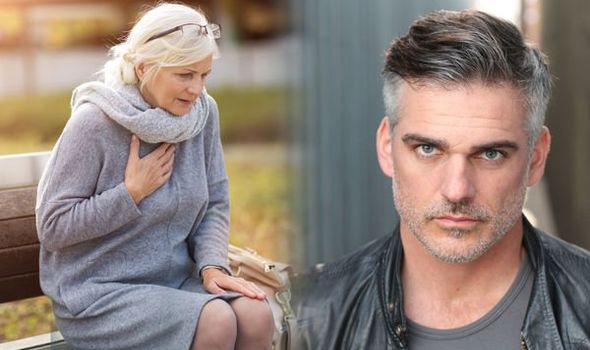 Another study on heart attack signs found in the hair was conducted by the European Society of Cardiology and found another surprising risk factor associated with heart disease.

According to the study, male pattern baldness and premature greying are more of a risk factor for heart disease than obesity in men under 40.

The researchers looked at 790 men under the age of 40 who had coronary artery disease and 1,270 healthy men of a similar age, who were placed in the control group.

A clinical history was taken of all the participants, who were then marked on their levels of male pattern baldness – the common type of hair loss that develops in most men at some stage of their lives.

The researchers correlated the findings with the severity of heart disease symptoms.

It was discovered that the men with the heart condition were more likely to have gone prematurely grey with 50 percent compared with 30 percent of the healthy group who were more than five times the risk of the control group.

The heart condition group were also more likely to have male pattern baldness with 49 percent against 27 percent of those in the healthy group and being 5.6 times at greater risk.

Surprisingly, the results of the study revealed that obesity was associated with only a fourfold increased risk of the disease. 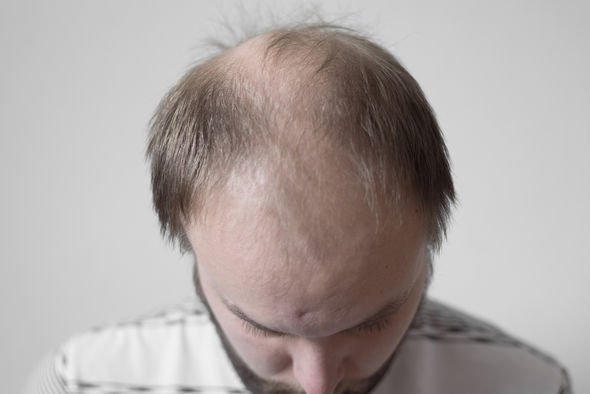 What the expert said

Dr Karmal Sharma said: “The study was designed to look for baldness in patients presenting for heart disease and graded their severity of baldness, graying of hair, and thinness of hair, and correlated it with severity and complexity of heart disease.

“At the time of the heart event, baldness was already present.

“Hence you can infer that baldness preceded a cardiac event.

“Baldness and premature greying should be considered risk factors for coronary artery disease and these factors may indicate biological rather than chronological age which may be important in determining total cardiovascular risk.”

Other warning signs of a heart attack include:

The NHS said: “Symptoms of a heart attack can include:

“Although the chest pain is often severe, some people may only experience minor pain, similar to indigestion.

“In some cases, there may not be any chest pain at all, especially in women, older people, and people who have diabetes.”