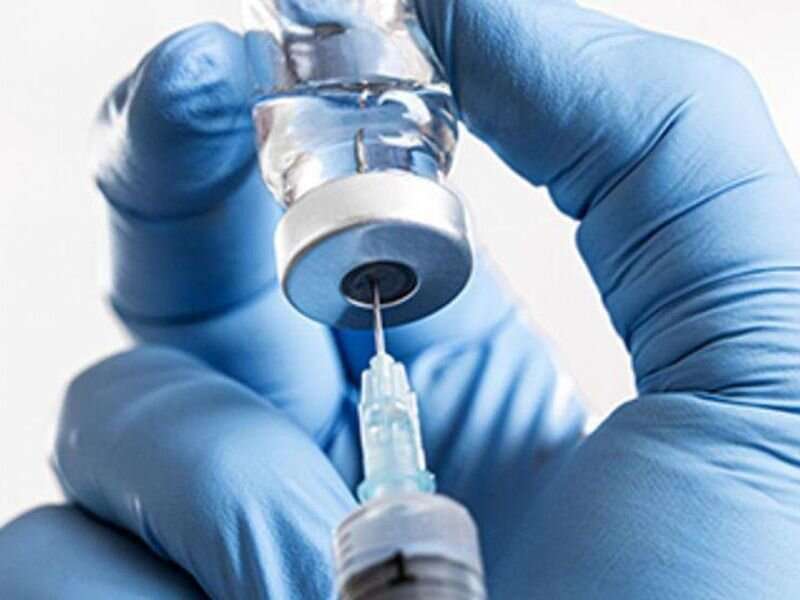 (HealthDay)—The Pfizer and Moderna vaccines trigger an immune system response that could fend off the coronavirus for years to come, new research reveals.

The latest study bolsters growing evidence that most people immunized with the mRNA vaccines may not need booster shots, with one key caveat: That the virus and its variants don’t evolve too much beyond the virus’ original form.

“It’s a good sign for how durable our immunity is from this vaccine,” Ali Ellebedy, an immunologist at Washington University in St. Louis, who led the study, told The New York Times.

The study, published Monday in the journal Nature, did not look at the Johnson & Johnson vaccine, but Ellebedy said he expected the immune response for that vaccine to be less durable than that produced by mRNA vaccines.

Last month, Ellebedy and his colleagues reported that immune cells that recognize the virus lingered in bone marrow for at least eight months after COVID-19 infection. Another team found that memory B-cells continue to mature and strengthen for at least a year after infection, the Times reported.

Those findings suggested that immunity might last years, possibly a lifetime, in people who were infected and later vaccinated. But whether vaccination alone might demonstrate the same power was unclear.

After an infection or a vaccination, a specialized structure called the germinal center forms in lymph nodes, the researchers explained. This structure is where B-cells are trained. After infection with the coronavirus, the germinal center forms in the lungs. But after vaccination, the cells’ education takes place in lymph nodes in the armpits, within reach of researchers.

Ellebedy’s team found that 15 weeks after the first dose of vaccine, the germinal center was still highly active in all 14 study participants, and that the number of memory cells that recognized the coronavirus had not dropped.

“The fact that the reactions continued for almost four months after vaccination—that’s a very, very good sign,” Ellebedy told the Times, because terminal centers typically peak one to two weeks after immunization, and then wane.

“Everyone always focuses on the virus evolving—this is showing that the B-cells are doing the same thing,” Marion Pepper, an immunologist at the University of Washington in Seattle, told the Times. “And it’s going to be protective against ongoing evolution of the virus, which is really encouraging.”

“Usually by four to six weeks, there’s not much left,” Deepta Bhattacharya, an immunologist at the University of Arizona, told the Times. But germinal centers stimulated by the mRNA vaccines are “still going, months into it, and not a lot of decline [is seen] in most people.”

The results suggest that a vast majority of vaccinated people will be protected over the long term—at least, against the existing variants. People who survived COVID-19 and were later immunized may also never need booster shots, experts think. However, older adults, people with weak immune systems and those who take drugs that suppress immunity may still need boosters.

Second COVID dose missed by 1 in 10

More than 1 in 10 Americans have missed their second dose of a coronavirus vaccine, a troubling trend as the more infectious Delta variant that first crippled India gains a foothold in this country.

Only 88% of those who had received one dose of vaccine and were eligible for their second shot had actually completed the two-dose series, CNN reported. That’s down from a 92% completion rate earlier in the year.

Studies have shown that the two-dose vaccines are much less effective against the Delta variant with only one dose of vaccine.

“As this virus has mutated, there are versions of it which are better able to escape some of the immune protection that we get from the vaccine,” U.S. Surgeon General Dr. Vivek Murthy told CNN‘s Anderson Cooper, citing research that found two doses of the Pfizer vaccine offered 88% protection, compared to just 33% protection after just one shot.

“The key is, get vaccinated. Get both doses,” Murthy said.

Experts warn that the Delta variant may soon become the dominant strain in the United States.

That could happen within weeks in under-vaccinated areas, Dr. Anthony Fauci said last week, CNN reported. Data from the U.S. Centers for Disease Control and Prevention shows that the Delta variant may already account for more than 1 in 5 new COVID-19 cases, a rapid increase from fewer than 1 in 10 two weeks earlier.

That leaves millions of partially vaccinated people at risk as the Delta variant continues to spread through the United States, along with the 46% of the country’s population that has not been vaccinated at all, CNN reported.

Adults under the age of 30 were most likely to have missed their second dose, with nearly 12% outside of the 42-day allowable window, CNN reported.

Officials have said that adults under 26 are the only group expected to miss the Biden administration’s goal to vaccinate at least 70% of adults with at least one dose by July 4.

And CDC studies published this week found that younger adults lag others in vaccination intent, too.