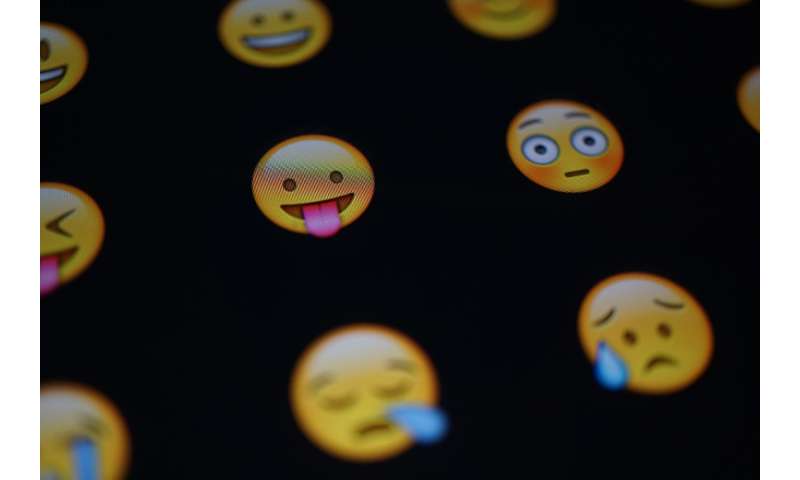 For University of Toronto Mississauga undergraduate student Boting Gao, emojis are more than just a way to convey a sentiment.

She sees them as a tool to examine differences in how emotions are perceived depending on a person’s cultural background, which could have implications for how we interact online.

Working under the supervision of Doug VanderLaan, an assistant professor in the department of psychology, Gao recently published a study in Cyberpsychology, Behavior, and Social Networking that looked at how different cultures interpret emojis—”paralinguistic cues” used to express thoughts and emotions in communication platforms such as email, texts, and social media.

The study built on previous research that shows people from Western cultures pay more attention to in-person cues from the mouth when gaging emotion compared to those from Eastern cultures, who focus more on the eyes.

“Communication using emojis or emoticons may be considered more effective than using words alone because they deliver emotions in a more visually direct manner,” says Gao. “However, emojis are not usually labeled with a fixed meaning and are subject to interpretation, which can vary depending on a person’s cultural background.” 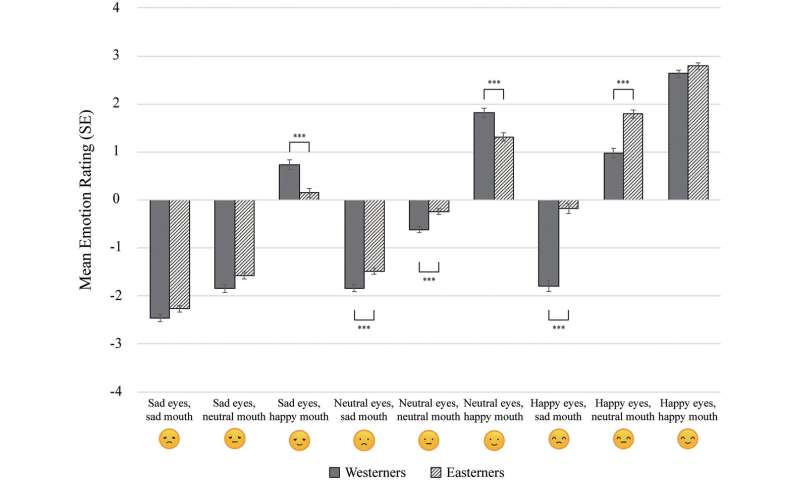 For VanderLaan, the research was a departure from his usual line of inquiry at his Biopsychosocial Investigations of Gender (BIG) Laboratory, which seeks to better understand gender expression and related psychological traits.

“Boting was a student in my cross-cultural psychology class, and a couple of years ago had the idea for this study,” says VanderLaan. “I was so impressed that I decided to supervise her for an independent research project.”

Gao was able to recruit participants for her online study from around the world and, based on geographic location, categorized them as being from a Western or Eastern culture. Participants were asked to rate their perceptions of nine different emojis that presented a range of emotions through the eyes and mouth. The results supported the team’s predictions of significant cultural differences in perceived emotions. With at least six of the emojis, Westerners relied mostly on the mouth for rating emotion while Easterners based their assessment on the eyes.

Future studies might factor in other emotions, such as anger or worry, and examine any differences in perception that emerge.

“This study suggests that when using technologies and employing emojis in things like instant messaging and social media, people might perceive the intent of the communication differently during exchanges with others of the same culture compared with people from a different cultural background,” says Gao.