Despite decades of rigorous research, proving time and time again that vaccines are safe, and copious evidence that vaccines work, saving an estimated 732,000 children’s lives and preventing millions of hospitalizations over the last 20 years, the scientific community continues to fend off assaults from a relatively small number of ardent anti-vaccine advocates.

It’s a battle they shouldn’t be fighting, experts say. Like climate change, vaccine science is settled. By all conceivable logic, a medicine that prevents disease outright, rather than treating symptoms, should be universally embraced. Nonetheless, a handful of anti-vaccine leaders, who mistakenly believe that vaccines cause autism, continue to fight a ground war of disinformation, spreading propaganda to skittish new moms and dads and encouraging parents of children with autism to blame their children’s diagnoses on vaccines.

The consequences of that disinformation campaign are stark. This year marked the worst year for measles in the United States in decades, fueled by outbreaks in unvaccinated and undervaccinated communities around the country. In some ways, vaccination is a victim of its own success. Many younger people, without lived memory of the disease, don’t take the risk of contracting it seriously enough. And while measles deaths in high-income countries like the U.S. are rare, the disease killed 110,000 people worldwide in 2017, according to the World Health Organization. New research also indicates that contracting measles can cause long-term damage to the body’s immune system.

Increasingly, those same anti-vaccine leaders have their sights focused on a new target: they’re infiltrating minority groups with existing skepticism of the medical establishment and exploiting the historically fraught relationships those groups have with doctors. 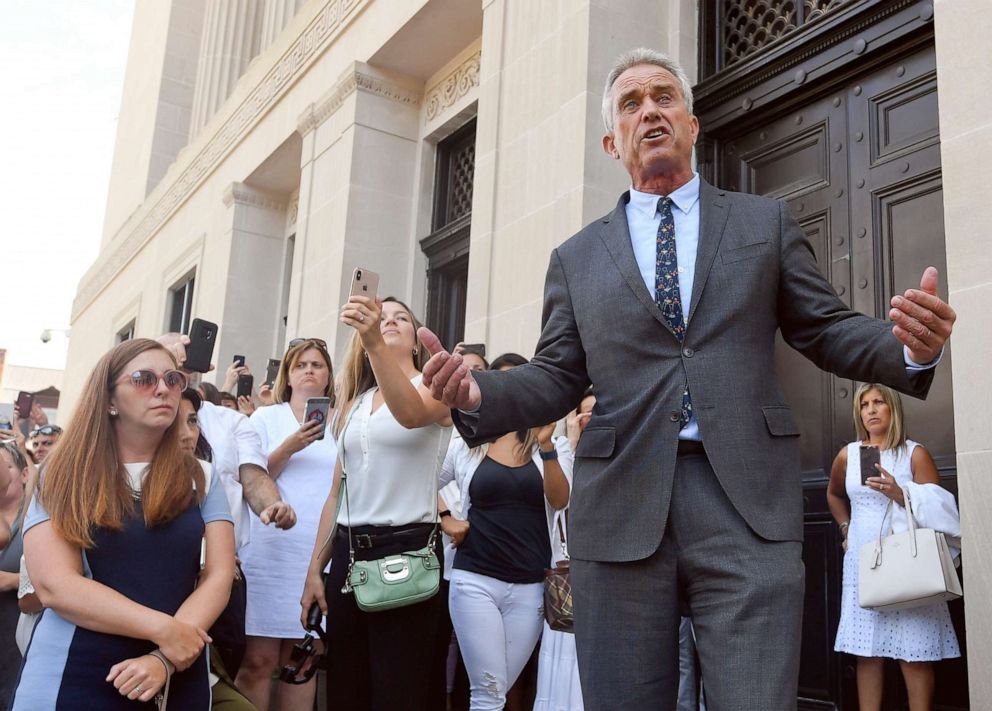 The “band of predators,” as Hotez dubbed them, includes Robert Kennedy Jr., a prominent anti-vaccine proponent, and Dr. Andrew Wakefield, who sparked the anti-vaccine movement with a now-debunked and retracted study and who is barred from practicing medicine because of numerous ethical violations.

They’ve already spread disinformation about vaccines in the Somali refugee population in Minnesota and Orthodox Jewish communities in New York State, which have both suffered severe measles outbreaks. Now all signs point to an effort to undermine the black community’s fragile relationship with doctors.

Her work, including authoring the book “Medical Apartheid,” has focused on African Americans being mistreated by certain medical professionals throughout history. So when Washington received an unexpected phone call from Kennedy roughly five years ago, she says he may have expected that her critique of racism in medicine translated into blanket distrust of established medicine.

During the conversation, Washington says she remembers discussing Kennedy’s claim to her that African-American boys were being used in secret vaccine experiments, and a subsequent parallel she says Kennedy drew to the infamous Tuskegee experiment.

“He was clearly trying to enlist me,” claimed Washington.

But when Washington, who worked for years as a science journalist, pushed back at Kennedy, asking for proof to back up the connections he was making (and has made before), “He became very angry and began shouting at me,” she said.

The conversation continued to digress, Washington said, with Kennedy suggesting that she “was somehow being disloyal to African Americans.”

Then Kennedy hung up, she said. Kennedy denied raising his voice and told ABC News Washington’s claim that he implied she was unsupportive of the African-American community was “invented, crazy and just wrong.”

Kennedy was set to be featured in a controversial vaccine forum hosted by Rev. Al Sharpton’s National Action Network (NAN) in the historically African American Harlem neighborhood of New York City in October, until Sharpton pulled out at the last minute. 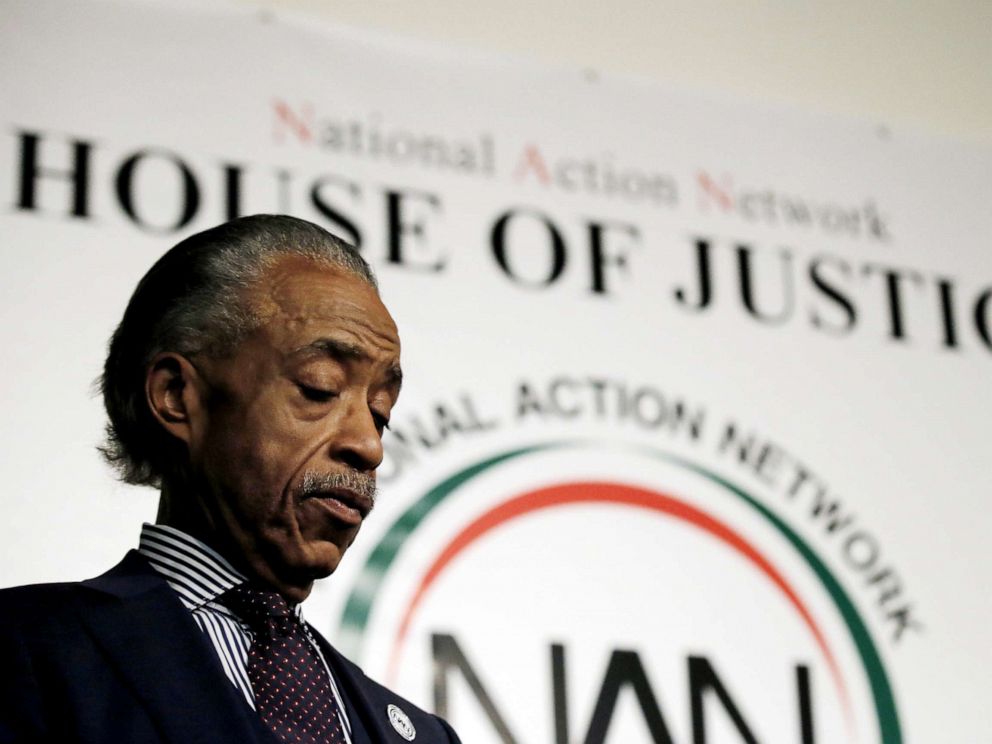 Hotez said he found it “interesting that Sharpton’s exit excuse was that his people couldn’t ensure that ‘both sides would be heard,” noting that putting pro- and anti-vaccine sides on equal footing sends a “chilling message that the misinformation from the anti-vax camp is somehow equivalent to the consensus of the scientific community.”

Public health experts breathed a sigh of relief. They’d feared that Sharpton, an influential figure in the black community, might lend credibility to the anti-vaccine movement.

That relief was short-lived.

After Sharpton pulled out, Kennedy’s anti-vaccine group, Children’s Health Defense, secured a new venue for the event: the Riverside Church, an imposing Gothic cathedral just outside Harlem and the site of an impassioned anti-Vietnam War speech Martin Luther King Jr. delivered in 1967.

Parents in the diverse crowd pushed baby strollers back and forth and some onlookers filmed the event with their cellphones and scribbled down notes. Others thumbed through anti-vaccine books they’d picked up at an information booth in the back of the room and passed around bumper stickers and fliers advising attendees of which anti-vaccine candidates to vote for in November’s election.

Only one medical doctor, pediatrician Dr. Lawrence Palevsky, took the stage during the event. Palevsky, who is frequently cited in anti-vaccine pamphlets and who spoke at a predominantly Orthodox Jewish anti-vaccine rally this spring, made sweeping connections between vaccines and nearly every modern-day health problem.

By the time Kennedy, who was to headline the event, took the microphone, the forum had stretched well beyond its allotted 3.5 hours and a representative from the church cut the event short. Kennedy was ushered out a side door and the audience reconvened on the sidewalk just outside to hear him rail against the pharmaceutical industry’s role in creating what he called “the sickest generation in American history.”

Marc Morial, president of the National Urban League, a New York City-based civil rights organization, said that “interlopers” like Kennedy do a disservice to the African-American community when they appropriate civil rights language to further anti-science positions.

“I’m not seeing a scintilla of scientific evidence from any reputable public health expert that supports their claims,” he said. “If you don’t have that, do not come into our communities trying to trick, fool and bamboozle people and create artificial fear.”

Before the MMR vaccine was available, kids regularly died of the measles and mumps, Morial, who has three kids, cautioned.

“We’re talking about something that’s so serious. You’re trying to convince parents to put their own children and the children in their community at risk,” he added.

“These are contagious diseases, not something to play with.”

Exploiting fears in the African-American community

Washington says her phone call with Kennedy was especially troubling because there’s a history of African Americans being mistreated by the medical establishment, a topic that she’s written extensively about.

In addition to the infamous Tuskegee experiment in the 1930s, during which the government purposely withheld treatment from black men who had syphilis as part of an unethical medical study, Washington’s book documents slaves being used in medical experiments and African Americans being disproportionately enrolled in non-beneficial research.

Then there’s Henrietta Lacks, the African-American woman whose cells were harvested by doctors without her permission during surgery in the 1950s, and whose story became a book, and later a movie, starring Oprah Winfrey. Johns Hopkins says there weren’t established practices for obtaining consent from patients to do research on their cells or tissue samples at the time. 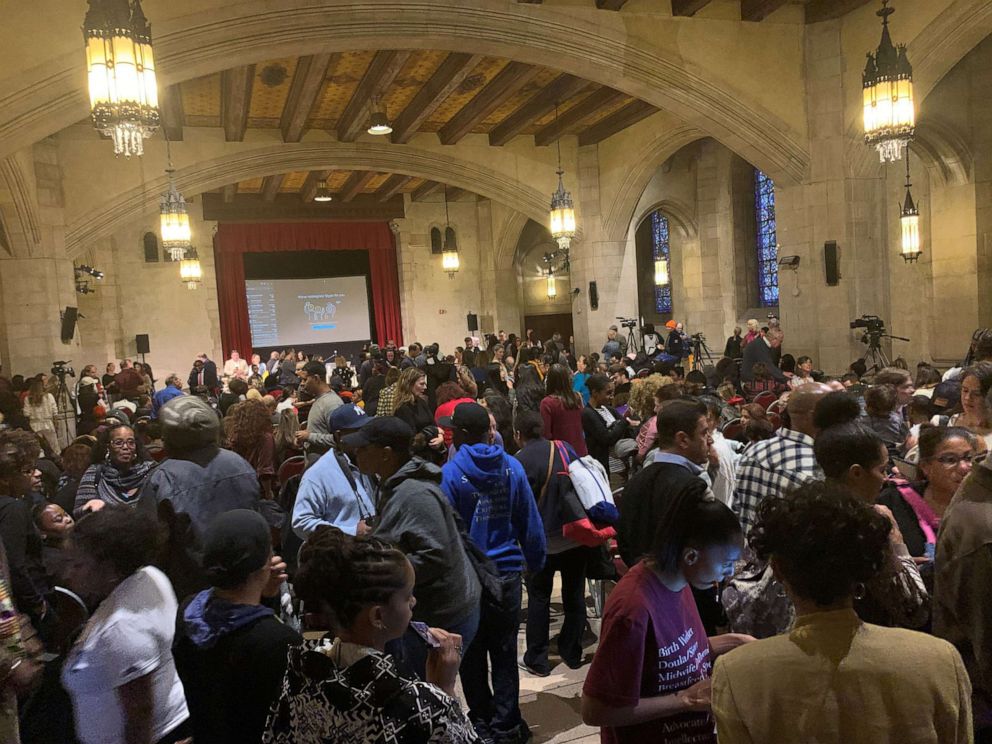 Layered on top of those stories is persistent racial disparity among medical providers. While African Americans make up 13% of the population, only 6% of doctors are black.

While there’s no indication of widespread vaccine hesitancy in the black community and black children receive the measles, mumps and rubella vaccine at comparable rates to white children, concerns about exploitation “contribute to potential distrust of vaccination and other health care interventions,” explained Dr. Kristen Feemster, director of research for the Vaccine Education Center at Children’s Hospital of Philadelphia.

The Harlem forum was held barely a month after New York City health officials declared an end to the biggest a measles outbreak in the city in nearly three decades.

While the city fought to stop the outbreak and increase vaccination rates in the community, anti-vaccine groups held rallies about vaccine choice and distributed anti-vaccine pamphlets. Members of the Orthodox Jewish community received Robocalls inviting them to a “Vaccine Symposium” in upstate New York featuring Wakefield. 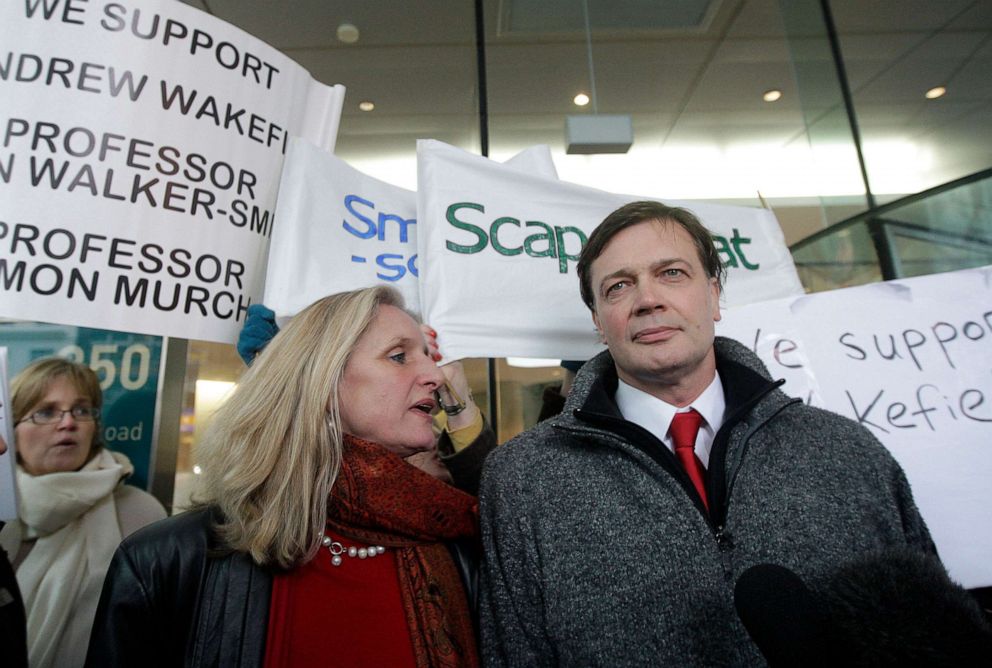 “Valid concerns can be manipulated. That’s what really worries me most about this kind of targeted outreach,” said Feemster, adding that building trust between the medical community and their patients, particularly in marginalized communities, is a slow process.

“Confidence and trust is one of the most important factors that contributes to vaccine hesitancy,” Feemster said. “It’s also one that is most difficult to address.”

It’s a personal matter for Hotez, who in addition to being a pediatrician and scientist, has a daughter with autism.

“If anyone were to have a reason to buy into the lie that is the vaccine-autism connection, it would be Peter Hotez,” Arthur Caplan, the founding director of New York University’s division of medical ethics, wrote in the forward to “Vaccines Did Not Cause Rachel’s Autism,” a book Hotez published last year about his experience.

Instead of giving in to the easy answers the anti-vaccine movement is selling, Hotez has spent his career promoting vaccination and trying to stamp out Wakefield and Kennedy’s disinformation campaigns.

“They’re really quite shameless,” Hotez said of the anti-vaccine movement’s leaders. “We’ll have to see how this plays out.”