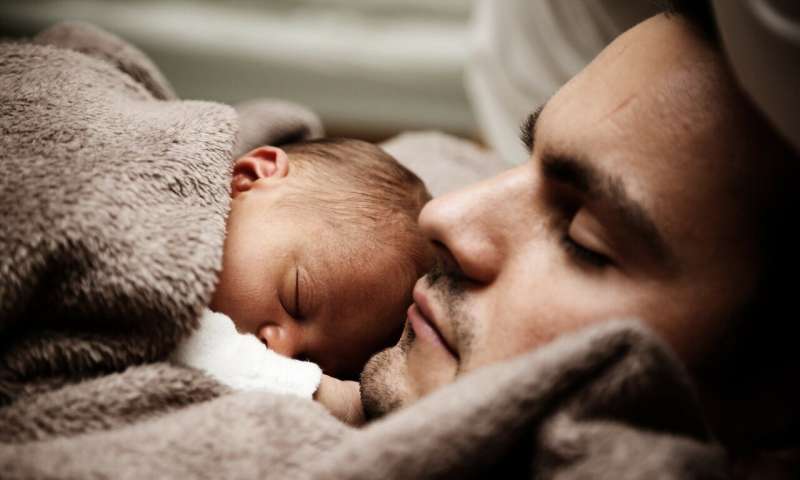 It is now possible to screen newborn babies for pyridoxine-dependent epilepsy (PDE), a severe inherited metabolic disorder. This screening promises to enable better and earlier treatment of the disease. To identify new biomarkers that can be used in the newborn screening protocol, also known as the neonatal heel prick, researchers at the Radboud University Medical Center joined forces with scientists at the Radboud University’s FELIX laser laboratory. They published their findings in The Journal of Clinical Investigation.

The discovery and identification of the new biomarkers could lead to an important addition to worldwide newborn screening protocols. Currently, there are over 1,000 known inborn metabolic diseases (IMD), but only 2 percent of them can be detected through neonatal heel prick. While these are relatively rare as individual disorders, in the Netherlands, every other day, a child is born with an IMD. These disorders have severe health consequences for patients and are currently among the leading causes of early death among children in the Netherlands.

“Using new techniques in our clinical laboratory, where we study the products of chemical processes (metabolomics), we were able to detect the presence of compounds in body fluids of patients that are not present in persons unaffected by PDE—that was a great first step. However, we could only identify the exact structure of these compounds, the new PDE biomarkers, using the infrared laser at FELIX,” says Karlien Coene, laboratory specialist and researcher at the Translational Metabolic Laboratory of the Radboud University Medical Center. This is the first time that an infrared free electron laser—of which are only a hand full in the world—is combined with these clinical experiments.

Pyridoxine-dependent epilepsy (PDE) is an inherited metabolic disorder that is primarily characterized by intractable seizures that do not respond to conventional antiepileptic medications. Seizures are often controlled by daily high doses of vitamin B6, however 80% of affected children nevertheless suffer developmental delay and intellectual disability.

Early screening for metabolic diseases is critical for optimal treatment. So researchers are constantly looking for new ways to detect more metabolic diseases earlier in life via the heel prick. These diseases can be identified by looking for the presence of small molecules in the blood that are unique to the disease, also called ‘biomarkers.’

Biomarker discovery and identification is a well-known bottleneck in research of metabolic diseases. “To overcome this hurdle, we decided to combine the advanced analytical instrumentation with the infrared laser of the FELIX laboratory,” says Jonathan Martens, researcher at Radboud University’s FELIX Laboratory. “The measurements obtained using the unique FELIX laser gives us information about the bonds between the atoms and leads us to the precise molecular structure. With this information, we ultimately managed to synthesize the molecules and this allowed us to further investigate their role in the disease.”

In addition to new possibilities in newborn screening, this finding has also revealed fundamental insights about the disease, which could ultimately lead to optimized treatment and better chances to prevent cognitive disability.