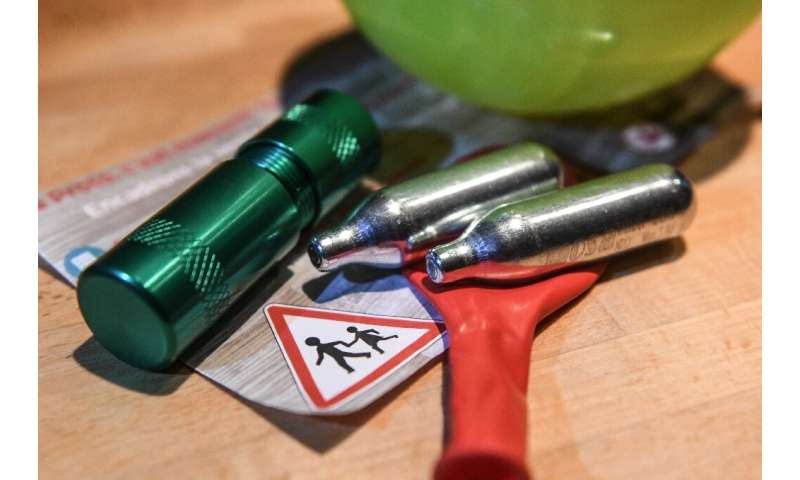 Denmark plans to ban sales of laughing gas to minors to prevent them from using the substance—which is used for making whipped cream or filling balloons—to get high, officials said Tuesday.

With nearly universal support among lawmakers, the parliament is expected to pass the legislation that would see sales restricted from May, with adults also to be limited to purchasing two cartridges at a time to discourage abuse.

Nitrous oxide, or laughing gas, was once widely used as an anaesthetic to reduce pain, but its euphoric effects have also long made it popular as a recreational drug.

Health officials worry that regular use of nitrous oxide can cause nervous system and heart rhythm problems and a loss of memory.

A survey found nearly one in six Danish boys aged 15-25 had tried laughing gas, and nearly one in 10 girls. Three deaths linked to inhalation of nitrous oxide have been recorded in the country since 2016.

Nitrous oxide is widely used as a propellant for aerosols, in particular for whipped cream and cooking oils.

A number of firms sell canisters to make whipped cream at home that use small cartridges of nitrous oxide. It is also used to fill balloons.