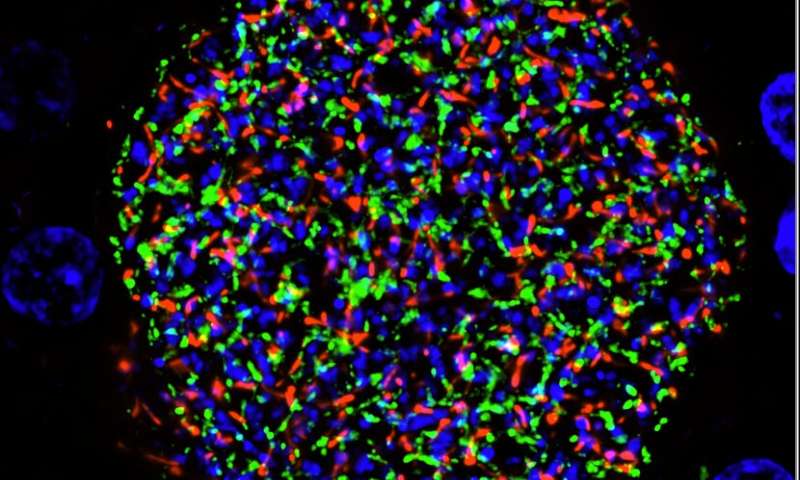 In an unprecedented first, scientists at Seattle Children’s Research Institute have developed a genetically attenuated parasite (GAP) that arrests late in the liver stage of human malaria. Their findings published in JCI Insight pave the way for a novel, next generation vaccine against Plasmodium falciparum, the parasite that causes the deadliest form of malaria in humans.

According to Dr. Debashree Goswami, a fellow in the Kappe Lab at the research institute’s Center for Global Infectious Disease Research and lead author of the paper, a vaccine candidate based on their findings has the potential to offer protection to those living in regions where the transmission of malaria is widespread throughout the population.

More effective vaccines are needed to successfully eradicate malaria, a disease that results in more than 228 million cases and 400,000 deaths annually. A vaccine that targets the clinically silent phase of parasite infection in the liver and prevents blood stage infection, would not only decrease mortality in especially vulnerable groups like children under age 5, but also block the cycle of transmission.

“Even the most promising experimental vaccine candidates, which can offer up to 52% protection in areas with intense malaria transmission, need to be improved upon to eliminate malaria,” Goswami said. “We must strive for 100% protection.”

Pioneer in GAP vaccines for malaria

The Kappe Lab is pioneering the development of GAP vaccines for malaria. To engineer a GAP, scientists select genes to delete from the parasite’s DNA. This approach allows the GAPs to stop in the liver without ever reaching the dangerous blood stage of infection.

The arrest of these GAPs in the liver exposes them to the immune system and engenders a powerful and effective immune response that can block a new malaria infection from the moment a person receives an infectious mosquito bite.

A first-generation GAP vaccine, called GAP3KO, has successfully completed the first safety phase of clinical trials and is in continuing clinical development.

To improve upon first generation GAPs, Goswami and her colleagues sought to engineer a GAP that develops in the liver stage for as long as possible before arresting.

“A late liver stage-arresting P. falciparum GAP would give us a new gold standard for a malaria vaccine,” Goswami said.

Still encouraged by their earlier findings, Goswami continued the search for a gene target that when deleted would allow the human malaria parasite to develop normally in the mosquito, undergo significant replication in liver cells and then arrest late in the liver stage.

In the newly published paper, she and her co-authors describe the results of their search based on a gene they identified in P. falciparum called Mei2.

“Deletion of Mei2 in both the rodent and human malaria strains caused the parasite to arrest very late in liver development,” Goswami said. “Importantly, we were still able to produce large numbers of sporozoites, the parasite stage that is at when transmitted from mosquito to human.”

The team then tested clones of P. falciparum with the Mei2 GAP in human liver-chimeric mice, a model used to study the human liver in the lab. They found that these GAPs replicated as expected and arrested very late during liver stage development and did not transition to the blood stage, like wild-type parasites without the genetic modification do.

“It’s promising to see the sustained prevention of transition to blood stage infection in the lab,” Goswami said. “For the first time, we have a viable P. falciparum late liver stage-arresting GAP we hope to advance for malaria vaccine development.”

Pursuing a next generation vaccine

Although Goswami cautions that the models used in their studies can’t fully mimic how the GAP might behave in an actual human liver, she believes there is sufficient evidence to move the Mei2 GAP vaccine candidate into early phase clinical trials.